The most recent peace agreement finally offers hope for a formal and final end to the multi-year conflict in South Sudan, says DW's Waakhe Simon Wudu. 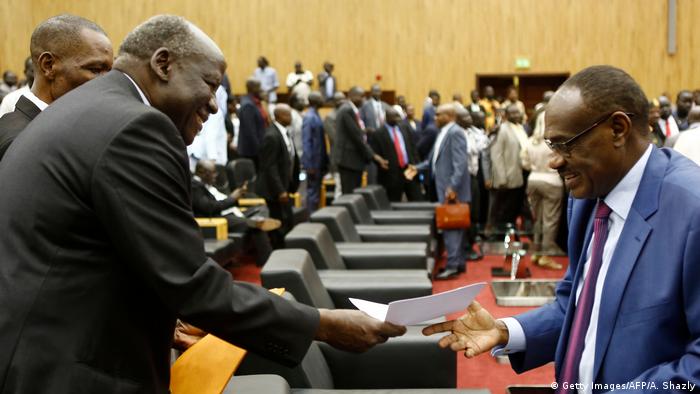 Will the new peace deal hold?

South Sudan has a new peace deal believed to end the nearly five-years of conflict across the country. Will the deal hold? That is the question the majority of the South Sudanese people, if not all of them, ask.

I, too, am affected, with my family split in two. Those who stayed in my native village Kajo-Keji were taken to a refugee camp in Uganda almost two years ago due to renewed conflict.

Of course, many of the same South Sudanese leaders who signed this latest deal had previously agreed to deals on South Sudan, but never honored them.

In August 2015, South Sudan's warring parties signed an agreement on the resolution of conflict in South Sudan. Fighting broke out in July 2016 between the main signatories — President Kiir and rebel leader Riek Machar, — collapsing the deal then.

That triggered more conflict, resulting in about 2.48 million displaced citizens set up in refugee camps, as well as a rise in the rebel groups' actions across the country, including killings, destruction and other atrocities.

Kiir, Machar and several others fought with Khartoum in the 21-year conflict that led to the breakaway of South Sudan from Sudan in July 2011. The South Sudanese didn't expect these same leaders to fight amongst themselves, which makes them untrustworthy to then people of South Sudan. 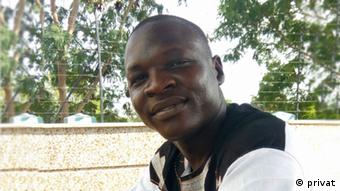 The international community, including think-tanks like the Enough Project, is already arguing the deal is a waste and may fuel more conflict.

A ray of hope

I've reported on the conflict since it broke out in 2013, I've reported on the peace talks in Addis Ababa and spoken to a number of politicians, intellectuals, activists, researchers and mediators. I would say we can be hopeful about the current deal.

One of the biggest problems of the 2015 peace deal was the lack of a committed guarantor. Of course, the Intergovernmental Authority on Development (IGAD) and its international partners backed the deal, but no single state boldly came forward as a guarantor for its outcome, be it good or bad. The IGAD member states' selfish economic interests vis a vis oil-rich South Sudan hampered the effective implementation of that deal, that is why it collapsed.

So now there's a new deal.

According to well-informed sources, the Khartoum politicians have resolved to ensure the conflict in South Sudan is addressed and that stability is restored. Khartoum believes this move will make South Sudan pump more oil, increase its oil production, which in turn will allow Sudan to increase its revenues accrued from the South Sudan oil which goes to the international market via the Sudan oil facilities/pipelines. This move will also open up closed borders between the two countries and that will lead to intensive business links.

I believe that unlike the 2015 peace deal, there'll be a turning point on matters this time round, with IGAD entrusting Khartoum to be one of the lead guarantors.

Among the IGAD member states, Sudan has a lot in common with South Sudan, more than any other member on a political, social and security level. Sudan hosts most of South Sudan militia or rebel groups. It's the only country South Sudan can use as a route for its oil exports to the international market. A former foe, Sudan has a lot of security intelligence links to South Sudan. These links give Khartoum leverage to tackle both government and opposition rebel leaders who might prove to be adamant about the peace deal. It also places Khartoum at a better influential position to doe a good job of being a good guarantor to the new peace deal. Hence there is little worry concerning the failure of the latest deal.

However I would be naïve if I didn't point out that of course the interests of other partners to the peace deal, including the US and its allies and IGAD member countries like Uganda, which has bigger economic interests in trade with South Sudan, will remain a big challenge that an actor like Sudan may need to deal with carefully. Guarantors to the South Sudan independence, including the US should not forget that Sudan is South Sudan's former enemy.