Two reporters working for German broadcaster ARD have been detained in Greece, reportedly for working without a permit. The journalists were arrested along a popular migrant route by the Turkish border. 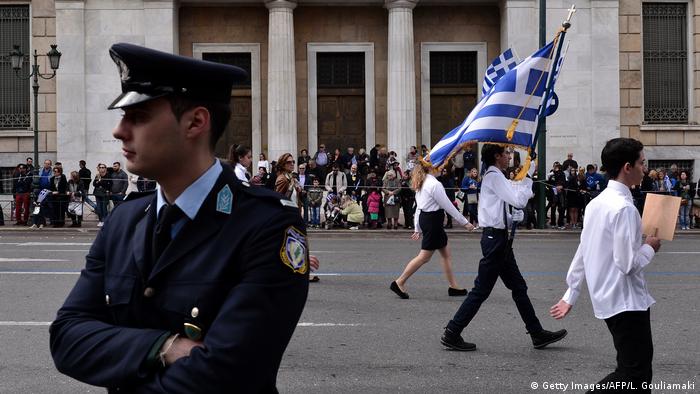 The German Foreign Ministry said on Saturday it was giving consular assistance to two German journalists who had been detained in Greece.

The 33-year-old woman and her 31-year-old male colleague said they were reporting on migrants returning home from Germany for public broadcaster ARD when they were arrested near the Greek-Turkish border.

According to the German Embassy in Athens, the pair was held for working without a permit. They are slated to be interrogated by the prosecutor's office later on Saturday.

According to the journalists' lawyer, Dimitrios Kadoglou, the German pair could even be brought before the judge on Saturday in an accelerated procedure, provided they agree. The reporters would also have the right to an appointment at a later date so they can prepare their defense.

The area where the two journalists were detained finds itself on a popular route for Europe-bound migrants fleeing conflict and persecution in Africa and the Middle East.

The Evros River, which runs along the border between Greece and Turkey, has been a common migrant crossing for many years, although that number has since decreased since the EU's migrant pact with Turkey came into force in March 2016.

The region has been particularly tense in recent weeks after Turkish authorities last week detained two Greek servicemen after they accidentally strayed across the border during a patrol.

Ankara has accused the soldiers of espionage and trying to "invade a military zone." Athens maintains that they are being held hostage. Both sides have since increased the number of troops deployed in the area.

From Greece to Germany: Following the route of refugees via social media

DW takes a look at the path asylum seekers take to come to Germany. Much of their passage is documented on social media - by journalists, NGOs and the refugees themselves. (20.08.2015)