Turkish authorities have arrested multiple suspects who they say are directly linked to a deadly suicide attack in Istanbul. Turkey has also blamed "Islamic State," but suspects other "actors" may be behind the attack. 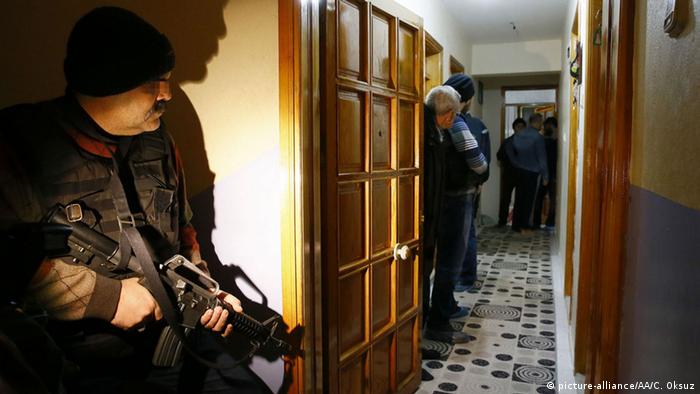 "Four more people involved in the attack have been arrested today," Turkish Prime Minister Ahmet Davutoglu said at an Istanbul news conference on Wednesday. The first suspect with links to the attack was detained late on Tuesday.

He added that links from the militant "Islamic State" (IS) group to the attack had been confirmed, although the group has yet to claim responsibility for the attack. Davutoglu also claimed that other groups may have been behind the attack and were using IS as a "pawn."

"We are working intensely to find the true actors in the background who are using this terror organization," he said without specifying which actors he was referring to.

Turkish media identified the bomber as 27-year-old Nabil Fadli, saying he was born in Saudi Arabia, but grew up in Syria. Officials confirmed that the bomber registered with a refugee agency in Turkey, but was not on any Turkish or international IS watch lists.

"This individual was not somebody under surveillance. He entered Turkey normally, as a refugee, as someone looking for shelter," said Davutoglu, adding that the bomber was identified by fragments of his skull, face, nails, as well as a severed finger found at the scene.

The prime minister also confirmed that six of those wounded by the attack were still in hospital, with the German Foreign Ministry saying that five Germans remained in intensive care. A Peruvian national was also injured.

Many arrests, but few links

Three of the suspected IS militants recently arrested are Russian nationals, the Russian Foreign Ministry confirmed.

Turkey has arrested over 3,300 people in operations against IS since last year, including 220 people the week prior to the attack, said Turkish Interior Minister Efkan Ala. 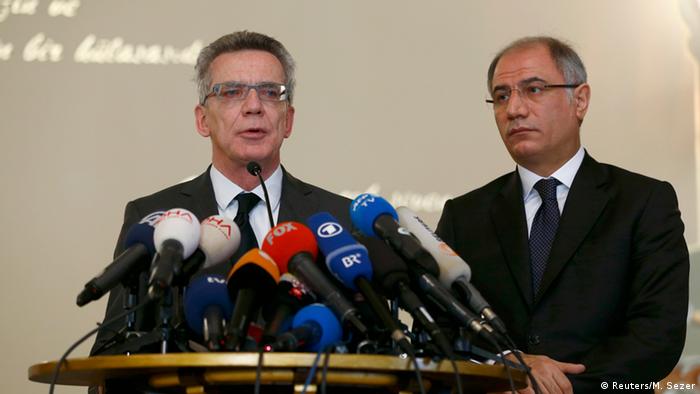 'Coming even closer together'

On Wednesday, Davutoglu, Ala, and German Interior Minister Thomas de Maiziere visited the blast site to place carnations and pay their respects.

"If the terrorists aimed to destroy or endanger the cooperation between partners, then they achieved the opposite," de Maiziere said on Wednesday. "Germany and Turkey are coming even closer together."

De Maiziere also added that it did not appear that the attack was intended to specifically harm Germans, "There can't be any connection to our contribution to the fight against international terrorism," he said.