Police in Antalya have arrested three Russians accused of having connections with the terror group "Islamic State." An anti-terror squad conducted the raid a day after a suicide bomber killed 10 people in Istanbul. 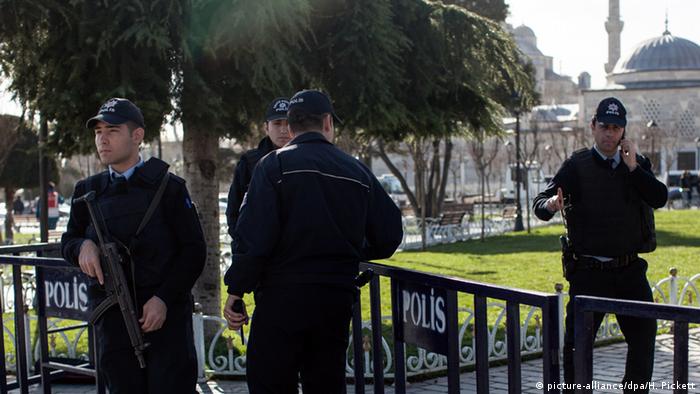 Russia's Consulate General in Turkey's Mediterranean city of Antalya confirmed that three of its nationals had been detained over suspected connections with the "Islamic State" (IS).

Turkey's state-run Anadolu news agency said that an anti-terrorism squad conducted the raids on Wednesday in Antalya and Izmir provinces. The suspects were allegedly in contact with IS fighters in conflict areas and had provided logistical support to the group. Police also seized documents and CDs during the search.

Moscow says thousands of Russians have left the country to join the IS in Syria. 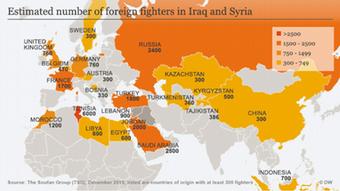 Security forces in Turkey arrested 68 suspects across several cities, state media said on Wednesday. In Ankara, authorities detained 16 people who were allegedly planning an attack on the capital. Twenty-one people detained in Sanliurfa, close to Syria, were also accused of planning strikes.

The arrests come in the wake of a terror attack in Istanbul a day ago, when a suicide bomber blew himself up in the historic Sultanahmet district. Ten people, mostly foreigners - and almost all Germans - were killed. Several others were injured.

Last year two major attacks - blamed on the IS - took place in the town of Suruc near the Syrian border and at a rally in the Turkish capital Ankara, killing nearly 100 people.

However, no organization has claimed responsibility for Tuesday's attack, and the IS, which issued a statement after recent attacks in Iraq, Syria, Egypt, Libya, Saudi Arabia and Kuwait, has never done so after a strike inside Turkey.

The country stepped up efforts to target the "Islamic State" last year after being criticized for not doing enough to curb the terrorists.

Thomas de Maziere will visit Istanbul to meet with his Turkish counterpart following the terrorist attack in the historic center of the city which targeted tourists. Most of the victims of the attack were Germans. (13.01.2016)

The suicide attack killing German travelers directly targeted the heart of a touristic district in Turkey. The blast occurred on Sultanahmet Square in Istanbul, right between the Hagia Sophia museum and the Blue Mosque. (12.01.2016)