Thomas de Maziere will visit Istanbul to meet with his Turkish counterpart following the terrorist attack in the historic center of the city which targeted tourists. Most of the victims of the attack were Germans. 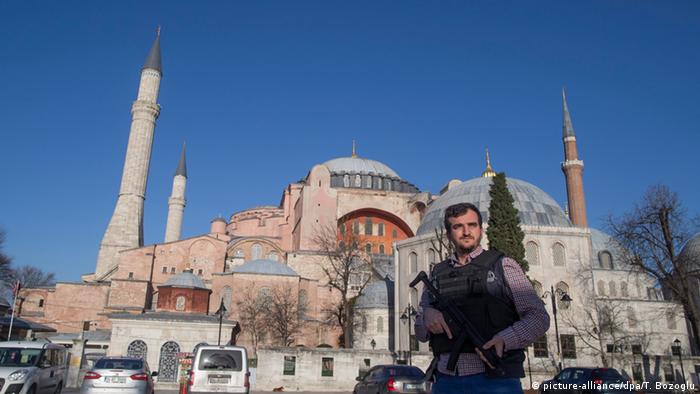 De Maziere will meet with Turkish Interior Minister Efkan Ala on Wednesday following the terrorist attack in Istanbul that left at least eight German tourists dead.

In an interview with a government spokesperson, DPA news agency reported that de Maziere was going to Turkey to get a sense of what happened.

The suicide bomber set off an explosive device in the area of the city's famed Blue Mosque, killing at least ten people and injuring at least 15 more. Initial reports suggested the attacker was born in Saudi Arabia and linked to the so-called "Islamic State" terrorist group. 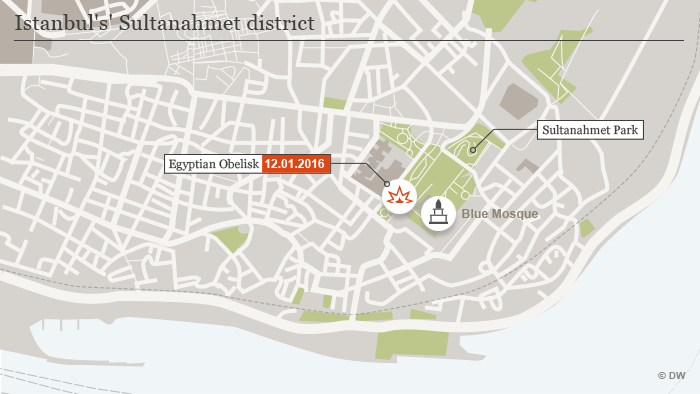 'Enemies of all free people' 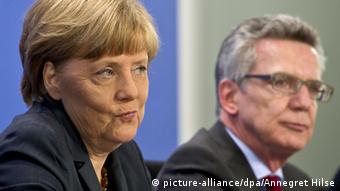 German Chancellor Angela Merkel condemned the attacks during a press conference. "Today Istanbul was the target, before Paris, Copenhagen, Tunis and so many other areas," Merkel said.

Six other Germans, as well as a Norwegian, South Korean and Peruvian were among those injured in the attack.

The Norwegian victim, Jostein Nielsen, said he heard a loud bang and then saw human remains "all over the place." His wife said it was "a great shock," adding that "one does not think that such things will happen when you are sightseeing."

Turkish authorities have assured the German government that everything is being done to treat the wounded.

The apparent suicide bomb attack in Turkey has left at least 10 people dead, nine of them German nationals. As Anna Lekas Miller reports from Istanbul, the situation remains tense as conspiracy theories do the rounds. (12.01.2016)

Most of those killed in a suicide bomb attack that claimed 10 lives in the heart of Istanbul's tourist district were German citizens. Fifteen people were wounded, including at least six Germans. (12.01.2016)

A suicide bomb has rocked central Istanbul's Sultanahmet square, a major tourist attraction, killing at least 10 people. German citizens were among the wounded. (12.01.2016)