Trees help cities thrive: Here′s why we need them more than ever | Environment | All topics from climate change to conservation | DW | 27.07.2020

Trees help cities thrive: Here's why we need them more than ever 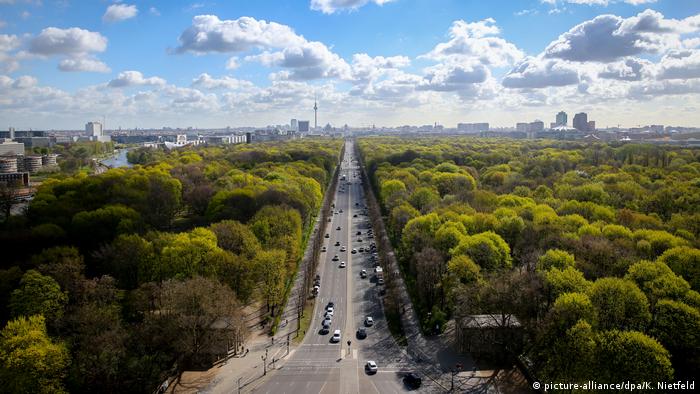 Not too long ago, many people weren't sure if trees had a place in cities. People, cars, houses and buildings made up urban areas — there wasn't much room for nature.

Trees now have a fundamental place in many big cities around the world, says Sonja Dümpelmann, landscape historian at the University of Pennsylvania — though in most of them, they are still vying for space.

If we want to reap the benefits of urban treescapes, ecologists say it's vital trees are seen as more than just an aesthetic addition to cities. That's especially true now that half the world's population live in cities and a further 2.5 billion are projected to live in them by 2050.

"Trees can make a huge difference to a city's temperature," says Tobi Morakinyo, an urban climatologist at the University College Dublin, whose research into the cooling effect of trees in Akure, southwest Nigeria, showed using trees to shade buildings could cool them down by up to five degrees Celsius. 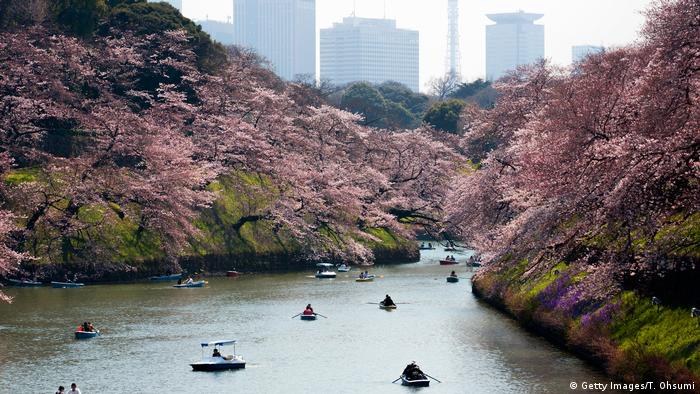 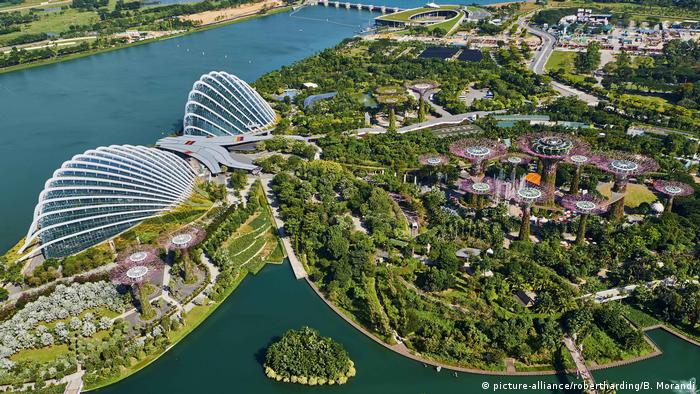 Singapore's National Parks Board plants more than 50,000 trees a year along roadsides, and in parks and gardens

Alongside the eco-services urban trees provide, there are also the qualities "that we can't put monetary value on," adds Cris Brack, a forest ecologist from the Australian National University and director of the National Arboretum in Canberra.

Those are "biodiversity, aesthetics and our visceral, gut-need to experience nature," Brack told DW, referring to the concept of "biophilia" — the idea that humans have an innate desire to connect with nature. Mounting evidence shows that people who live in places with more trees experience lower levels of stress and mental illness, even when controlling for socio-economic factors.

Trees make us feel good — do we return the favor?

Though our need for trees in cities appears to only be becoming greater, they often battle oppressive urban environments. Street trees are "in a constant struggle" for space in cities, says Brack, where below ground their root systems can be choked by water pipes, roads and underground car parks, and above ground by pollution, power lines and traffic. 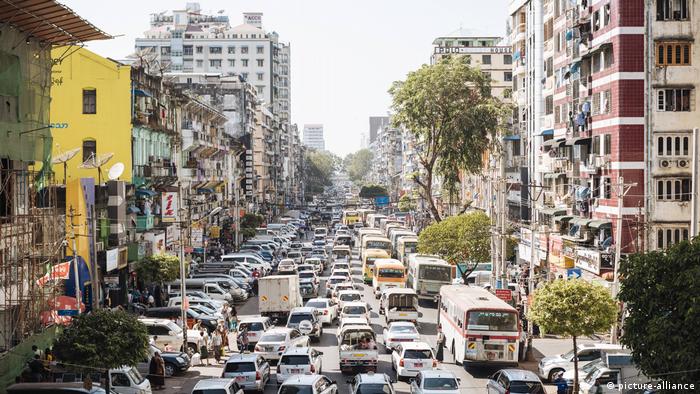 Perhaps the most damaging modern challenge for city trees, though, says Somidh Saha, urban forest ecologist at the Karlsruhe Institute of Technology in Germany, is drought. He points to an example from his city of residence — Karlsruhe in southwestern Germany. Following Europe's unprecedented heat wave in 2018, the city's council recorded 30% of the trees planted over the previous four years had died — both directly and indirectly because of a lack of water.

"Without enough water, trees become weak and that makes them vulnerable to disease," Saha told DW. At the same time, declining city populations of birds and arboreal mammals, such as bats, leaves insect populations unchecked, and local trees susceptible to their growing numbers.

Seeing the forest for the trees

Ambitious greening projects have cropped up in several megacities around the globe in recent years. New York City planted a million trees between 2007 and 2015, London Mayor Sadiq Khan hopes to green more than half the capital by 2050 to make the world's first "National Park City," while Paris announced it would build four inner-city urban forests throughout 2020.

But outside the Global North, in places such as Saha's native India and Morakinyo's native Nigeria, where they cite a lack of resources and political will as big barriers to making urban greenery a priority, trees in cities are much scarcer.

As climate change brings hotter temperatures and unpredictable downpours, cities are demanding a new kind of resilience from urban trees. For many places in the world, ecologists say that means planting more exotic species of trees.

While many people are opposed to the idea of planting non-native species, ecologists Brack and Saha say alternative species are usually better adapted to the artificial environment of a city — especially in the face of increasing heat waves.

The three-toothed Maple, native to China, Korea and Japan, is one species that could appear in greater numbers in other parts of the world as temperatures rise, Dümpelmann says.

There's also an important distinction to be made between "exotic" trees, which just means they aren't local, and "invasive" trees, which are harmful — spreading very quickly and dominating the environment. As for local wildlife, while ongoing studies are being carried out in places like Germany by Saha's team, Brack says in his local Canberra, where almost all tree species in the city are exotic, birds happily eat fruit from non-natives and mammals alike find homes wherever there is an appropriate hollow.

One solution to preserving city trees that's grown in popularity in recent years is citizen involvement in urban tree caretaking. New York City's citizen pruner program allows city dwellers to take classes to become official city tree carers, and Berlin — a place that has typically excluded citizens from looking after urban flora — is now allowing residents to apply for permits to maintain tree pits and has proposed that they water city trees in summer. 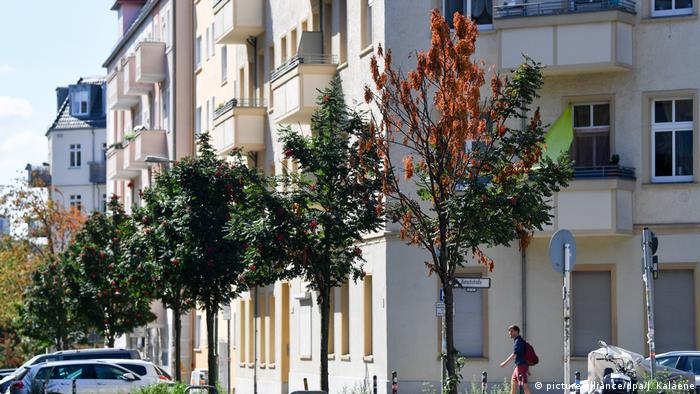 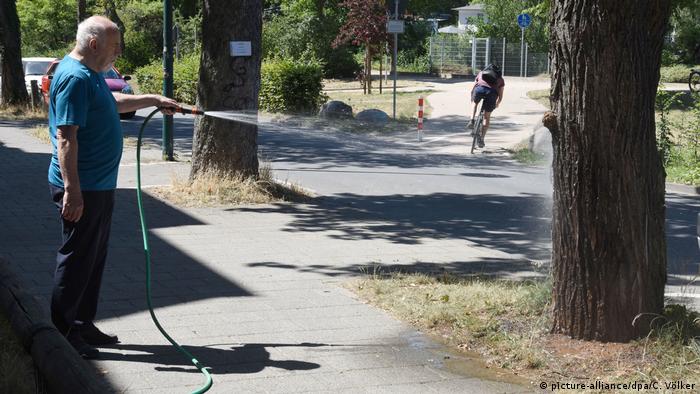 Involving citizens has its pros and cons, Dümpelmann says, and these kinds of programs may or may not be effective depending on the culture of the city — but even watering trees alone "has been shown to be a really relevant maintenance effort."

While planting trees in urban spaces is an effective and fairly efficient way to adapt to climate change, Dümpelmann stresses that it isn't a holistic solution.

"It's something we should work on while at the same time addressing the root causes of climate change," she said.

Beyond using trees as geo-engineering fix, urban ecologists point out that more trees in cities could change perspectives on urban living and give people a greater understanding of how to value nature as part of a sustainable, livable city — not separate from it.

That means seeing trees as living, growing beings, Brack says — not fixed in time, or immune to the stressors of living in harsh urban environments.

This article has been updated. In an earlier version, this article incorrectly stated Somidh Saha co-authored the study on tree deaths in Karlsruhe, but the figure is actually based on data from the city council.

Having escaped Australia's devasting fires at the turn of this year, old-growth forest in New South Wales is now under threat from loggers. But the cultural custodians of the land are fighting back. (02.07.2020)

Defending against floods in Bosnia and Herzegovina

Five years ago, flooding in the Vrbas River Basin devastated Bosnia and Herzegovina. As climate change makes such extreme weather ever-more likely, the small country is making sure it's better prepared. (17.05.2019)