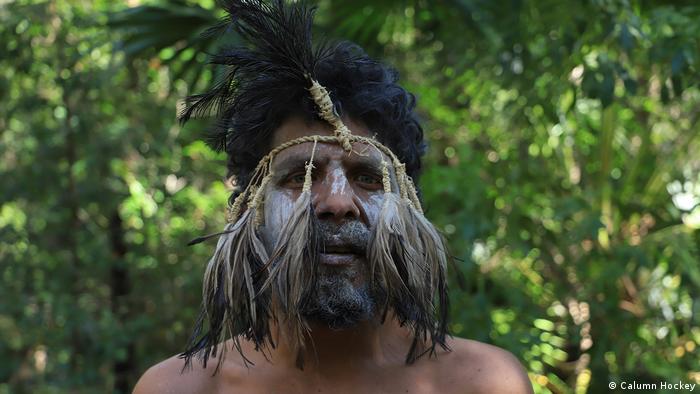 It's raining, the ground underfoot has turned to mud and the air is thick with mosquitoes. But activists at the entrance to Nambucca State Forest in New South Wales aren't deterred. Sheltering under tarpaulins strung between tall blackbutt eucalyptus trees, many of them have been camping out here for weeks.

In early June, Australia's coronavirus lockdown eased. While some headed out to relax on the beach or crowd into shopping centers, the protesters here took advantage of their freedom to take a stand against the logging of a forest they say has invaluable cultural and ecological significance.

Read more: Adani's coal mine plans, and why coal is still so lucrative

Each day, scores of protesters arrive from nearby coastal towns. But Sandy Greenwood, a woman of the Gumbaynggir Aboriginal group, whose ancestors have lived in this part of Australia for tens of thousands of years, is among those manning the camp day and night.

"We are protesting because if we don't act now, our deeply significant cultural heritage will be desecrated," Greenwood told DW. "Our beautiful old-growth trees will be logged, rare flora will become extinct and our koalas and endangered species will literally have nowhere else to go." 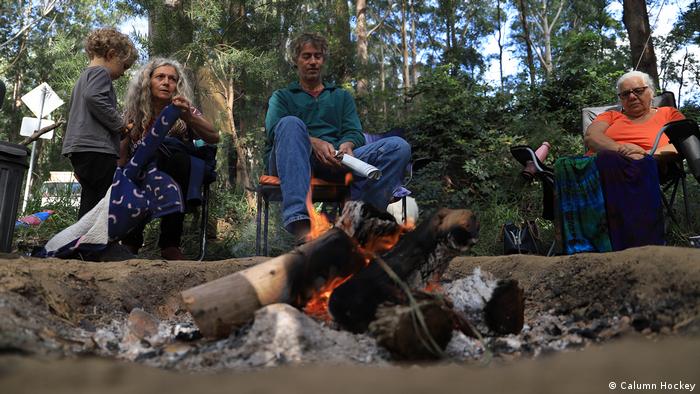 The coastal old-growth rainforest is home to a multitude of species, including owls, koalas, bent-wing bats and an endearing, flop-eared possum called the yellow-bellied glider. It is also an important stopover for migrating birds.

That this area escaped the wildfires that ravaged5 million hectares in New South Wales, — including close to a million hectares of native forest — in late 2019 and early 2020, makes its preservation even more important to the animals that survive there and depend on the habitat.

"Logging began in April at an extremely opportunistic time, during COVID-19 while protesters have not been able to get organized and voice their concerns," Lyn Orrego of the Nambucca Valley Conservation Association told DW. 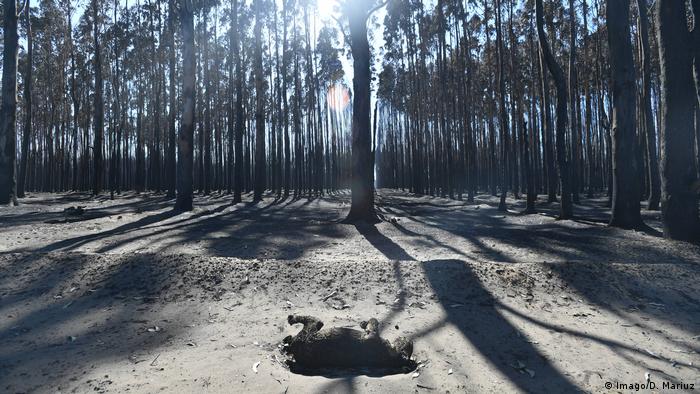 Activists say after the fires that ravaged Australia six months ago, every bit of remaining forest is vital

In mid-June, activists brought a challenge against the Forestry Corporation of New South Wales, on the basis that the Gumbaynggirr custodians of the land had not been consulted, and there had not been an adequate survey of the flora and fauna at risk.

Although, the Forestry Corporation insists it did carry out the cultural surveys and protocols for species required by law prior to logging, the protesters say these were inadequate and in mid-June, a stop-work order temporarily halted the logging, while the state's Land and Environment Court looked into the case.

On June 26, the case brought was dropped, as the Forestry Corporation moved its logging machinery to Wild Cattle Creek, another old-growth rainforest, 80 kilometers north of Nambucca, also on Aboriginal land.

Lawyers for the Aboriginal people stated that the company's move out of Nambucca to log elsewhere disrupted their case. It's not possible to get an injunction against something that currently isn't happening, they said. Still, say the activists, that's not the end of the story. Logging could resume in Nambucca in the future. A Forestry Corporation of NSW spokesperson said the activity has been "suspended" not stopped. 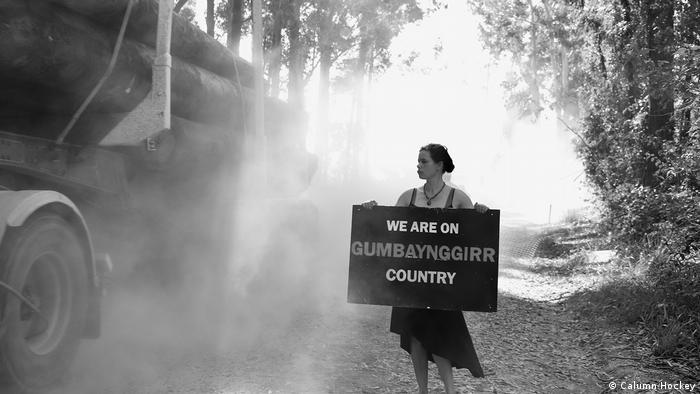 Sandy Greenwood reminds loggers whose land they are on

According toresearchers at the University of Queensland, 7 million hectares of threatened species' habitat in Australia has been destroyed by bulldozing and logging over the last 17 years, most of it without government approval, or any attempt by the authorities to hold companies to account.

Josh Meadows from Melbourne-based NGO the Australian Conservation Foundation told DW that Australian environmental laws are weak and relatively easy to bypass, with little government scrutiny of logging sites. He fears new laws announced as part of the country's efforts to get the economy up and running again post-lockdown — which will make it quicker and easier for logging companies to get environmental approval — will make it even harder to defend forests.

Economy versus the environment

The Aboriginal people now have an even bigger and more complicated legal battle on their hands: how to stop the logging from resuming in Nambucca State Forest and how to stop the deforestation at Wild Cattle Creek Forest.

"This is a David and Goliath battle," Orrego says, "but there are more and more Davids in the world and we have to be hopeful, despite the odds."

For Gumbaynggirr people like Greenwood, the Nambucca forest is integral to their history and identity. But the battle to save it is also a symbol of a global struggle against ecological collapse. Forests are vital carbon sinks, storing CO2 that would otherwise warm the planet. As temperatures increase, devastating blazes like those at the turn of this year become an ever-greater threat.

Still, the activists don't have universal support from locals. Some seem indifferent: "What's the point of protesting?" one resident of Coffs Harbour, a town not far from the forest, told DW. "You won't win."

Others argue that the logging will bring jobs. But local Labor Party councillor Susan Jenvey says the economic promises that polarize her community are overplayed. 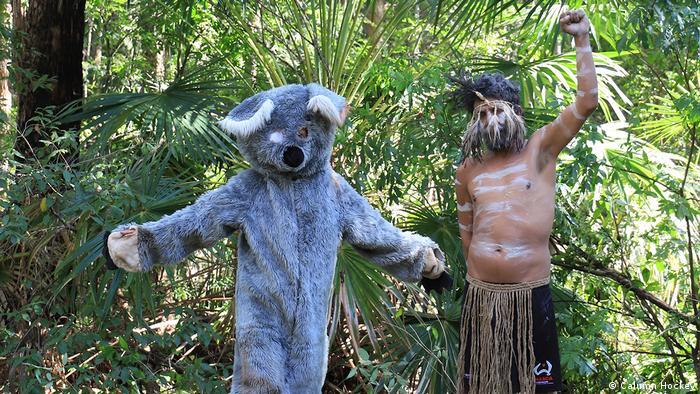 "We need to think past logging as acceptable, after the fires," Jenvey told DW. "There are so few old forests left in Australia. Governments always overstate how many jobs logging will create, not what the risks are."

In Aboriginal thinking, the pay-off between economic and ecological needs makes little sense anyway. "We need these forests for the air and water they provide, as a home for threatened species as well as for our people," Greenwood says. Her culture sees people and culture as an integral part of nature.

Until their demands are met, or until the logging ends — by legal injunction or with the felling of the last tree — Greenwood is among those determined to stay put and "hold witness" as they consider how to keep fighting.

"We have sent a strong message to Forestry Corporation that their relentless destruction will be met with fierce resistance," says Greenwood. "We will not give up fighting for our sacred land."

Their feet sinking into the mud beside the camp's makeshift kitchen, a group of musicians starts to play, to lift their fellow protesters' spirits. A woman's voice rises to accompany a violin and, from deep in the forest, a pair of whipbirds seem to add their calls to the harmony.

Afro-Colombian women on the Pacific coast have faced violence, conflict and the ecological fallout of mining and illegal logging. Now they're working together to protect their rich environment.