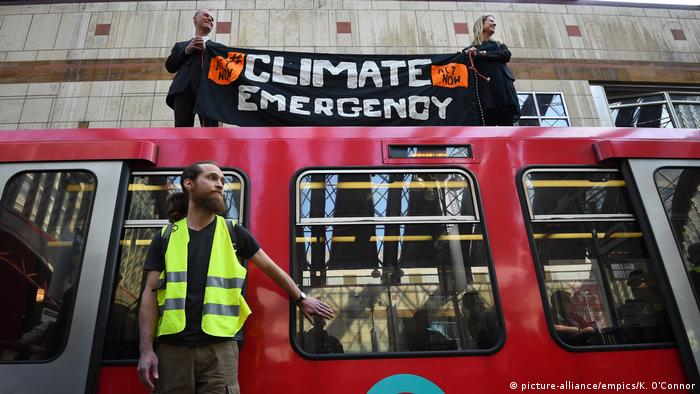 On December 3, two Extinction Rebellion (XR) climate activists climbed upon and delayed a coal train in Brisbane, the capital of the northern Australian state of Queensland.

These XR "rebels," and a woman who observed the action but didn't take part, were arrested and were denied bail by a local court. The situation was unprecedented, and only intervention from lawyers and the state Supreme Court secured the activists' release.

This was the latest salvo in an escalating legal battle between climate activists and the state of Queensland, especially as work begins on the Adani mine, one of the largest and most controversial coal projects on the planet and unprecedented wildfires sweep across Australia.

New anti-protest laws pushed through the Queensland parliament in October — days after XR climate activists descended onto the streets of Brisbane — threaten sentences of up to two years in prison for using "lock-on" devices to disrupt transport or hinder business in Queensland. The laws were reportedly drafted in consultation with the state's key mining industry lobby.

"Criminalizing the use of peaceful lock-on devices was a knee-jerk reaction to people peacefully protesting against climate inaction," Alice Drury, a Melbourne-based lawyer with the Human Rights Law Center (HRLC), told DW.

Drury co-signed an HRLC submission to the government before the bill was passed describing "a real risk" that the legislation "is not compatible with the right to freedom of expression and the right to peaceful assembly and freedom of association," and elsewhere stated that "activists, including suffragettes, have used lock-on devices peacefully for over a century in Australia."

Right to protest being eroded across globe

Such anti-protest laws are becoming a global phenomenon as resistance to fossil fuel projects escalates. The starting point was arguably the high profile Standing Rock #NoDAPL pipeline protests of 2016 in North Dakota that saw non-violent "water protectors" pepper sprayed and mauled by police dogs. States across the US subsequently passed "critical infrastructure" bills that criminalized trespass, and hence protest, around oil pipelines like the Keystone XL.

A year later in Germany, climate justice activists who blockaded a coal power plant were charged and also sued for an unprecedented €2 million ($2.2 milion) by the owner, fossil fuel giant RWE.

In early December, the activists evaded criminal conviction for trespassing and disrupting the electricity supply because they were able, for only the second time, to argue that they were responding to a "justifiable state of emergency" (i.e. the climate crisis). The 14 accused instead received a €250 fine for resisting arrest.

"I was very surprised," Moritz, an activist with the WeShutDown protest group that blockaded the RWE plant, told DW of the case in which the defense successfully argued that the power plant they shut down is contributing to climate change.

But now the activists face a €2 million civil lawsuit from RWE for damages. Moritz calls it an "intimidation measure."

He cites a letter sent by police to students in North Rhine-Westphalia in June warning them not to participate in a Fridays for Future protest at RWE's massive Garzweiler open pit coal mine since they might also face a compensation lawsuit. The letter also claimed that some activists had already been sentenced to pay €2 million in damages, even though the case remains unresolved.

Harsher penalties in the pipeline

Such tactics are typical of the PR battle that is being employed to subdue escalating climate activism — that is again ramping up as Australia endures apocalyptic bushfires, with protests organized throughout January by the likes of XR to demand the federal government declare a climate emergency.

During debate over the new anti-protest laws in Queensland, for instance, the state premier, Annastacia Palszczuk, claimed that lock-on devices used by "extremist protesters" were being "booby-trapped" and were a potential danger to first responders trying to unlock them.

No evidence was ever found that explosives and harmful objects were placed in the devices. Andy, an activist from Frontline Action on Coal (FLAC), a Queensland climate justice group that has been protesting the building of the Adani coal mine, believes the claim was politically motivated.

"The laws were a piece of political theater meant to distract from government inaction on climate change," he told DW. The allegation might also help win over voters in a region where the Adani mine is popular.

Similarly, Tasmania, another frontline for Australian eco-activism, plans to redraft an anti-protest law that was overturned in the High Court by shifting attention from "protest" to "workplace protection." The new law could see penalties of up to four years plus a $10,000 penalty for civil disobedience.

Australian Prime Minister Scott Morrison has even gone as far as demanding environmental groups be punished for encouraging "revenue-damaging secondary boycotts, which, for example, urge banks to withdraw funds from mining projects."

This comes as Sweden's central bank divests from Australian bonds due to the country's high CO2 emissions, and 60 companies have already boycotted funding of the Adani mine.

These unprecedented attempts to criminalize peaceful protest have contributed to Australia being downgraded from an "open" to "narrowed" democracy in a Civicus Monitor report from December.

New protest bans have also been aimed at climate activists in the UK.

Though the UK will soon be leaving the EU, citizens in Europe enjoy further protections of the right to protest under the European Convention on Human Rights, the Charter of Fundamental Rights of the EU and other international treaties, noted Eva Simon, Senior Advocacy Officer, Freedom of Expression, at the Berlin-based Civil Liberties Union for Europe (Liberties).

"For the right to protest to be effective it has to, in some cases, offend and shock," said Mike Schwarz, a senior consultant at London law firm Bindmans, at a panel following the mass arrest of XR activists in April. Invoking articles 10 and 11 of the European Convention of Human Rights dealing with expression and assembly, he added that in some cases this right "needs to be disruptive." 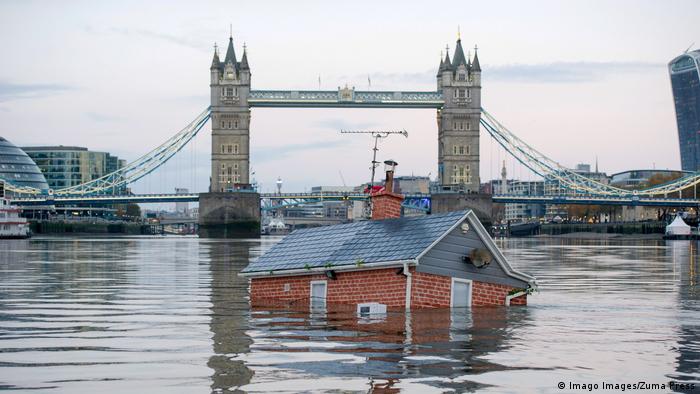 Police officers use a solvent to dissolve glue from the hands of climate change activists occupying the road junction at Oxford Circus in central London on April 19, 2019

Yet Liberties has pointed out other strategies to undermine climate activism before protests begin. A change in the federal German tax law means climate action groups like Berlin-based Campact will now be regarded as a "political corporation," and hence denied charitable status and associated tax breaks.

"Liberties believes that withdrawing charity status of NGOs because they are involved in policy-related work is harmful," Simon told DW of a policy that could limit the viability of climate NGOs that "are vital in democratic societies."

Such efforts to limit climate activism might seem relatively subtle. However when combined with more overt anti-protest or critical infrastructure laws, the bigger picture is alarming for environmental activists who for decades have relied on civil disobedience, and sometimes disruption, to make their case.

Australian FLAC activist Andy, meanwhile, asserts that the climate emergency demands non-violent civil disobedience — whatever the legal consequences. "That means locking onto machines to immobilize them," he said.

In the latest clash in the US state of North Dakota, police used pepper spray and rubber bullets to disperse protesters. The local Standing Rock Sioux tribe has been fighting the pipeline's construction since 2014. (03.11.2016)