Environmentalists vow to fight Carmichael coal mine in Australia | Environment | All topics from climate change to conservation | DW | 06.06.2017

Environmentalists vow to fight Carmichael coal mine in Australia

Indian mining giant Adani is set to go ahead with a massive coal mine in northeastern Australia. Environmental activists have warned of the danger to the Great Barrier Reef, calling it a "disaster for the climate." 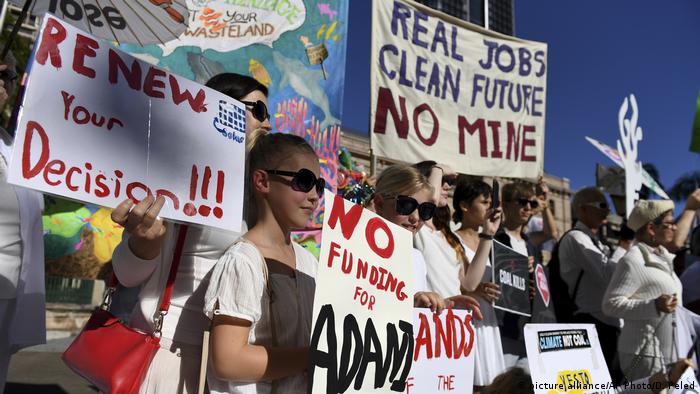 Indian mining conglomerate Adani has approved plans for the contentious Carmichael coal mine project in northeast Australia, despite warnings from environmentalists that it will further damage the Great Barrier Reef.

Work on the project is expected to begin in September, though the company still needs to secure billons of dollars in funding.

Loans from the Australian government have yet to be approved, and several major Australian banks have ruled out financing.

Environmental activists have vowed to consider all legal options to stop the project, and have called on all levels of government to reject funding for the project. 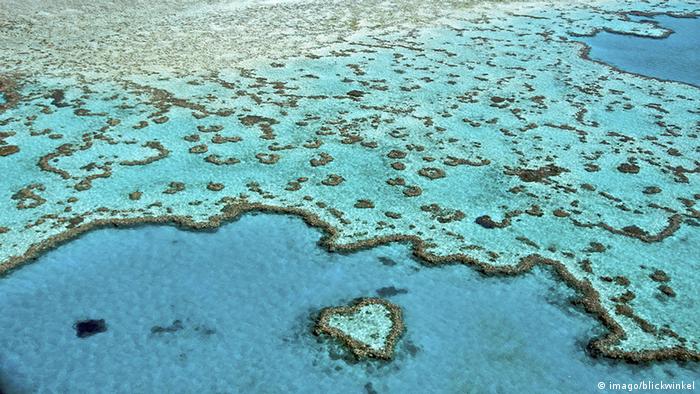 The Great Barrier Reef, a UNESCO World Heritage site, is under threat from climate change

The coal mine is planned to cover an area of 447 square kilometers (about 173 square miles) and will include six open-cast pits and five underground mines - making it one of world's largest. Expected to produce 60 million tons of thermal coal a year for export to India, the mine is set to operate for up to 60 years.

"Now the time for waiting is over and the time for doing is beginning," said Australian Resources Minister Matt Canavan on Tuesday, indicating that the project would pave the way for future mines in the region.

The government commitment to coal is a stark contrast to plans to provide "sustainable energy" for the region, announced by Queensland Premier Annastacia Palaszczuk on Monday, which included several initiatives aimed at supporting renewable energy and climate policies.

Activists have long warned about the project's environmental risks, pointing out the threat to the nearby Great Barrier Reef and the fact that the massive coal mine is incompatible with Australia's commitment to the Paris Agreement on climate change.

The project has been challenged in the courts by indigenous landowners and activists, who fear it will further damage the UNESCO World Heritage-listed reef, already suffering from warming oceans.

In 2016, the reef saw its worst bleaching event in history, which is being blamed at least in part on global warming. The United Nations agency said Saturday that "climate change remains the most significant overall threat to the future" of the 2,300-kilometer (1,400-mile) coral expanse, one of the top two tourist attractions in Australia.

The site, about the size of Italy, generates around 7 billion Australian dollars ($5.2 billion or 4.7 billion euros) in income per year and supports 70,000 jobs in sectors such as tourism, according to the Australian Climate Council.

Greenpeace Australia said Tuesday's decision was "toxic" and a "disaster for the climate," a charge echoed by WWF-Australia chief Dermot O'Gorman.

"Carbon pollution from burning coal is the single largest cause of global warming," he said. "The Australian and Queensland governments should be investing in actions that protect the reef, not a new mine doomed to fail, that will hasten the reef's destruction."

India's Adani signs off on controversial Australia coal mine

The Indian mining giant has announced it will start work on its Carmichael coal mine project in north-east Australia despite concern from environmentalists that it will damage Australia's Great Barrier Reef. (06.06.2017)

With accelerated coral bleaching threatening to wipe out 90 percent of coral reefs by 2050, new techniques in sexual reproduction of climate-resilient coral could help restore declining reefs. (31.05.2017)