Prime Minister Justin Trudeau has approved a pipeline expansion that could help make Canada the largest oil producer in the Americas. However, a similar development - through a rainforest further north - was rejected. 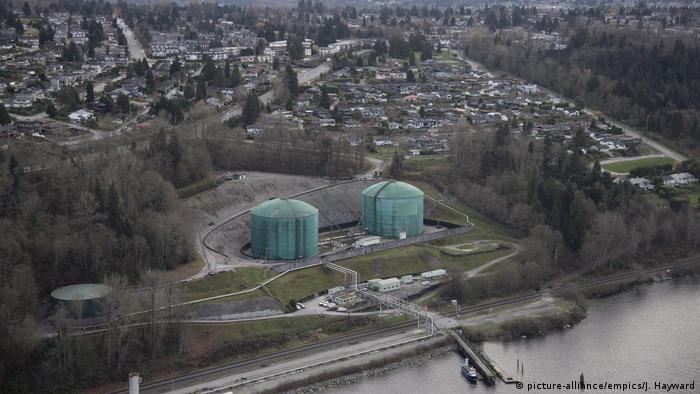 Trudeau on Tuesday approved the plan to triple the capacity of the Trans Mountain pipeline to move crude from inland Alberta to the Pacific coast.

The project, costing 6.8 billion Canadian dollars ($5 billion, 4.75 billion euros), would be a big step in opening up the possibility of exports to the Asian market from Canada's oil sands. Although a pipeline already exists, the newly-approved plan is to create another line, running parallel, that could carry almost triple the amount - up from 300,000 to 890,000 barrels a day.

The pipeline, proposed by Houston-based Kinder Morgan, will terminate at Burnaby, in Vancouver Harbour.

"The project will triple our capacity to get Canadian energy resources to international markets beyond the United States," Trudeau said.

Alberta alone has the world's third largest reserve of oil but, without the expansion of the pipeline, its distribution might prove too costly to export by ship or rail. 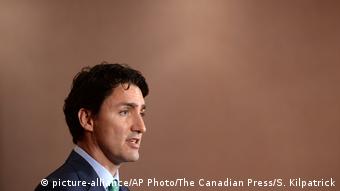 Trudeau has faced pressure from conservatives, in favor, and environmentalists, against

However, opponents - which include municipalities in British Columbia, aboriginal groups and environmental organizations - have fought the plan, citing concerns about climate change as well as worries over pipeline leaks, spills or fires.

Many have looked for inspiration from protesters in the US, where there have been months of protest over the Dakota Access Oil pipeline from North Dakota to Illinois. The $3.8-billion project is opposed by the Standing Rock Sioux, whose reservation is near to the route and who fear a leak might contaminate their drinking water. Protests over the pipeline there have recently turned violent, with complaints of heavy-handedness against demonstrators.

No pipeline through rainforest

Trudeau on Tuesday also approved another pipeline - Enbridge's Line 3 - from Alberta to the US state of Wisconsin, which is set to nearly double the line capacity to 760,000 barrels a day heading south of the border.

However, he rejected one, Enbridge's Northern Gateway, which would have crossed the temperate Great Bear Rainforest, and which was also intended as a route to new markets in Asia.

Northern Gateway would have transported 525,000 barrels of oil a day from Alberta's oil sands to the Pacific, to be exported to Asia, with China likely to take a large proportion. Worries about the possible environmental impact, with fears about spills at land and at sea, were said to be too great.

The importance of the Pacific pipeline decisions grew after US President Barack Obama's administration turned down TransCanada's Keystone XL pipeline, from Canada to the US Gulf Coast.

In Nova Scotia, minority and low-income communities are disproportionately located near degraded environments. An ongoing research project raises awareness of the issue and mobilizes affected residents to action. (30.11.2016)