US President Barack Obama has blocked the construction of a controversial oil pipeline between Canada and the United States. The decision ends years of bitter and politically charged debate, but not everyone is happy. 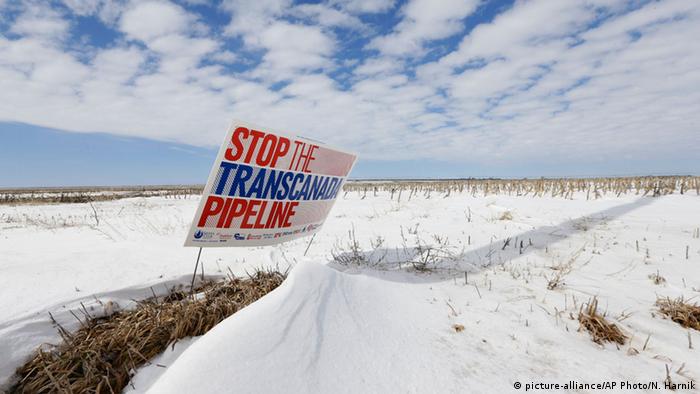 Barack Obama has rejected the Keystone XL oil pipeline from Canada to Nebraska, citing environmental reasons. The project "would have undercut US leadership on climate change."

"The State Department has decided the Keystone XL pipeline would not serve the national interests of the United States," he said. "I agree with that decision."

The US president argued the pipeline would "do nothing to build meaningful, long-term economic growth," lower gasoline prices or protect the environment.

Keystone XL would have linked existing networks in Canada and the US to bring synthetic crude oil and diluted bitumen from Alberta's oil sands to refineries in Illinois and eventually to the Gulf of Mexico coast.

The Canadian firm which had hoped to build the pipeline, TransCanada Corporation, first sought a permit for the cross-border section of the project in 2008.

Republican White House hopefuls on Friday severely criticized Obama's decision, saying it would deal a blow to the US economy.

""The Obama admin's politically motivated rejection of the pipeline is a self-inflicted attack on the US economy and jobs," former Florida Governor Jeb Bush said.

Another presidential candidate, US Senator Marco Rubio, promised he would approve the pipeline, should he win the 2016 election.