Towards the Moon: Why Europe wants to work with China | Science | In-depth reporting on science and technology | DW | 26.09.2018

There was a time when "space" meant "space race." And that time was during the Cold War. Now, space is a race to collaborate — and not just with the usual suspects, but with new players like China, India or South Africa. 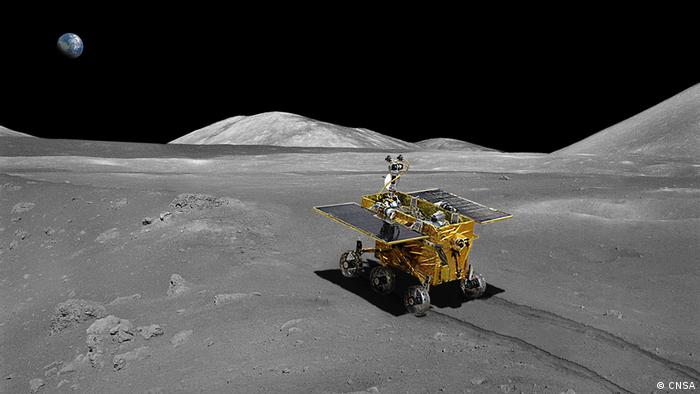 In the 1950s, 60s and 70s, space was a two-horse-race. There was the United States of America on one side of a political divide, and the Soviet Union on the other. And in the middle, there was very little but an ice-cold war.

A lot has changed since then — not least the number of players in space.

"The world is changing dramatically. We now have more than 70 — seven oh — spacefaring nations," says Jan Wörner, the director general of the European Space Agency (ESA). "It's a totally different world from 60 years ago."

Wörner says it with a smile. He seems convinced that the greater the number of spacefaring nations, the more chance there is of any one of them achieving their goals. 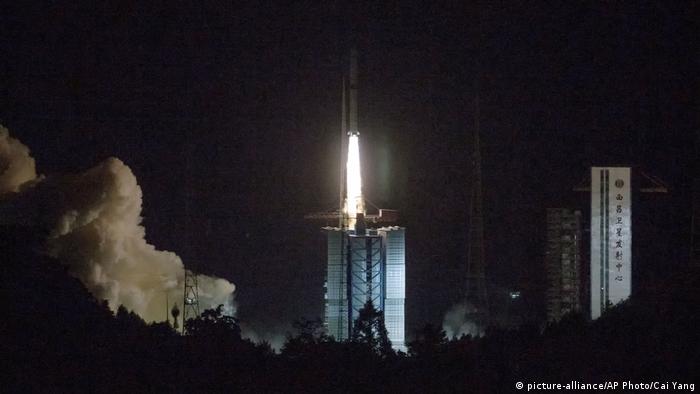 "Competition is a driver, but cooperation is an enabler," says Wörner, smiling yet again, as if he just coined that catchphrase on the spot.

Of all the spacefaring nations, right now, Europe seems most keen on collaborating with China. It's in a good position, says Pascale Ehrenfreund, who heads the German Aerospace Center (DLR), to "become a very strong space nation."

"China has its own space program, and it moves at its own pace, but it's also open to collaboration," says Ehrenfreund. "And already there are existing collaborations, like China's Moon mission, Chang'e 4."

Chang'e 4 is a lunar lander that's scheduled for a December 2018 launch. Germany is contributing, along with the Netherlands and Sweden, with one of three scientific payloads — Germany's is a neutron dosimeter, or detector, which will measure radiation at the probe's landing site. 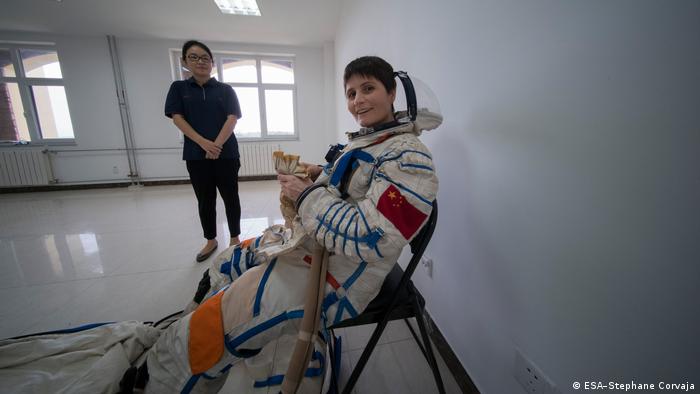 There may also be opportunities for European astronauts to collaborate on scientific experiments on the Chinese space station when (or if) it goes operational in 2022. With the future of the International Space Station (ISS) in some doubt, it's no wonder that Wörner and Ehrenfreund welcome Chinese cooperation. Wörner even hopes that cooperation will include China's plans for manned missions to the Moon or Mars.

"So the Chinese have ideas about going to the Moon and beyond, the Russians have their ideas, the Americans have theirs, and we Europeans have ours. It's fine. Let's work together," he says.

Rocket blast from the past

Interestingly, though, talk about collaboration with China often circles back to the Cold War — like a lingering odor, there's a latent sense of suspicion. But not quite.

There are, for instance, open questions about technology transfer and protecting the intellectual property of European companies. But if you ask Frank de Winne, "space is an open domain" that lends itself well to collaboration.

"Even during the Cold War, the Americans and Russians did 'Apollo-Soyuz,'" says de Winne, who was the first European to command the ISS and who now heads the European Astronaut Centre. 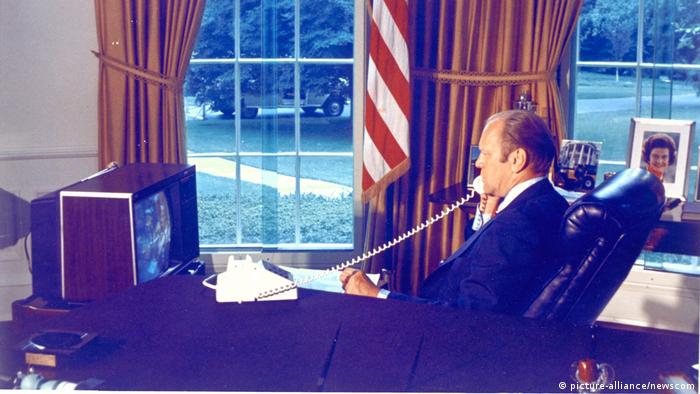 US President Gerald Ford watches Apollo-Soyuz crewmen while talking to them as they orbited the Earth on July 18, 1975

In 1975, crews from the two superpowers docked in orbit, shook hands, exchanged gifts and conducted joint experiments. It was one of those historic moments of detente that made for great photos. In fact, in one maneuvre they photographed the solar corona.

Our world may be "totally different" from 60 or even 40 years ago, but some things don't change so fast.

"It's no secret that even today there are rivalries and tensions between China, the US and Russia," says de Winne, "and if a big player moves forward and says, 'Look, technologically, politically and financially, we are able to make this next big step,' then of course it will be significant."

China's Chang'e 4 mission will be especially significant if it succeeds in getting to the far side of the Moon — the side Earth never gets to see. It would give China a huge prestige boost and a technological advantage over the rest of the world.

"But this is not how Europe sees it," says de Winne. "Europe sees exploration as something that should be done in collaboration."

Astronauts like Germany's Matthias Maurer and Italy's Samatha Cristoforetti are already hard at work with the Chinese. They are learning the language, where once the language of choice was Russian, and doing joint exercises in caves, or survival training.

"We want to see whether we can have one of our astronauts fly with them as well," says de Winne.

There's just one problem with this utopian view of spacefaring goodwill. And that is that the peacenik movement of the 60s and 70s is dead. Worse still, all the old hippies of that baby boom era ventured into technology-driven "second lives" in Silicon Valley, where only data and the dollar rule. 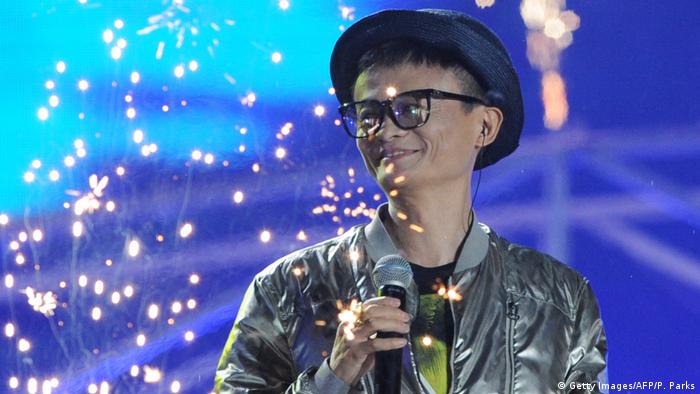 Will Jack Ma's company Alibaba take the next bold step into space like its US rival, Amazon?

And the tech industry's business model is so successful that it's travelled — even to China, where tech behemoths, like Alibaba, Baidu, SenseTime, Tencent, may slowly but surely get pushed into "enabling" the Chinese government to realize its own space ambitions with new downstream technologies, like artificial intelligence and robotics.

"The new space era in the US is very well developed and this is also starting in China, but it's not yet comparable," says DLR-boss Ehrenfreund, who held meetings in China last year. "But it can ramp up very fast, because there's a lot of state investment, so we will see."

A decade or so ago, China's space budget was virtually zero. But it's now apparently ranked in the world's top ten. The US space budget is at No. 1, hovering around $19 billion (16 billion euros). ESA's budget is at No. 2 with 5.6 billion euros ($6.5 billion). And while it's hard to come by accurate and recent detail on China's budget — it is reportedly "shrouded" in secrecy — some estimates put the Chinese budget at $3 billion, and spending on space science in the region of $700 million. 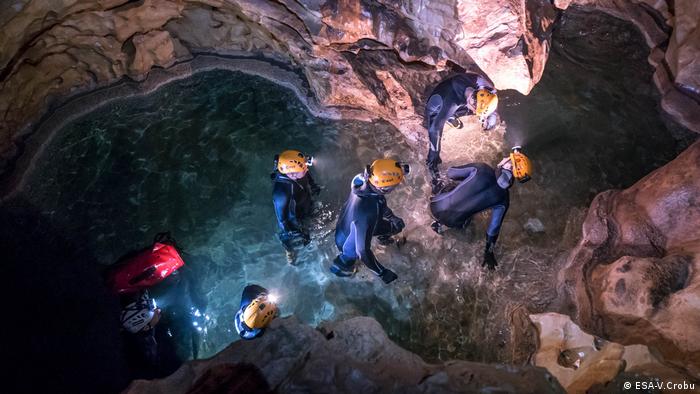 Either way, when China's technology is ready, it will want to pounce on all the commercial opportunity in space, with the country's tech industry in tow.

"There are new business models, new commercial venture ideas, and they're mixing up this new era of space. It's actually very exciting," says Ehrenfreund.

End of a national mindset

That is indeed an attractive and exciting prospect for young astronauts eager for their first flight. Maurer is one of them, but at 48 years, he's no longer that young. So the pressure will be on, and he's very keen to get to the Moon. 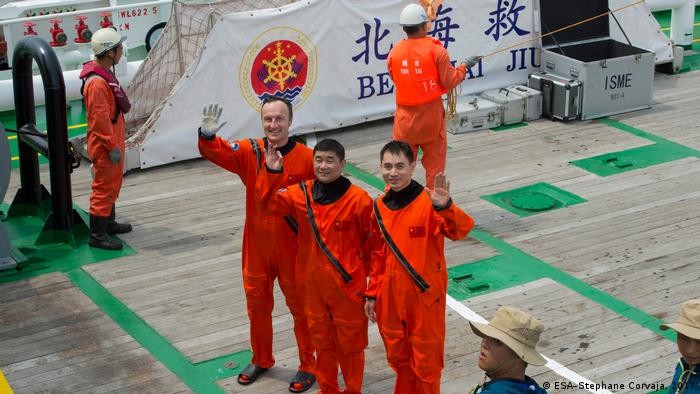 Maurer's just been awarded his astronaut's certificate and is starting missions training, but there are no plans as to when that mission might be.

"If our astronauts think they have better opportunities by leaving ESA and by flying a different route, they are free people," says de Winne. "We will be the last to try and stop them. But most astronauts flying today are government astronauts, and it will stay like that for quite a while."

So where once "peace" was the word, it's now "patience" and "partnership."

"This idea of wanting to be first… it's not the right value," says Wörner. "That's why I don't talk about going back to the Moon, because that would mean going back to the space race of the 1960s. We're going forward to the Moon. And we're looking at a multi-partner, open concept to go to the Moon — beyond national borders, and beyond all these crises we have on Earth."

PM Modi's vow to send an Indian into space by 2022 sets an ambitious deadline for the nation's space agency to launch its first manned space mission. Experts say it's going to be a very challenging endeavor. (16.08.2018)

Elon Musk's "mind is blown." His company SpaceX has launched the first recycled rocket and returned it to Earth. DW's Zulfikar Abbany says it's time for SpaceX to share its technology for the good of humanity. (31.03.2017)