Thousands of refugee children simply disappear | Germany| News and in-depth reporting from Berlin and beyond | DW | 02.02.2016

They cross deserts and brave oceans to escape war, only to disappear without a trace in Europe - including in Germany, a prime destination for refugees. How can thousands of refugee children simply drop off the radar? 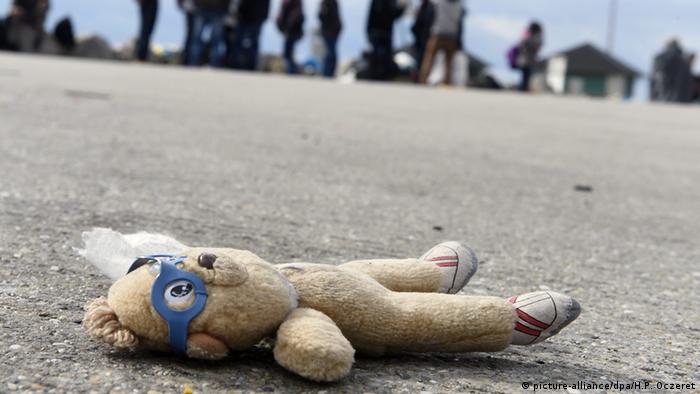 Authorities handling Europe's refugee crisis have lost track of about 10,000 unaccompanied minors - a conservative estimate - according to the European Union's Europol police agency. One out of two disappeared once they had entered Italy, which is the first stop on European soil for many.

It's a shameful state of affairs, the group's press spokesman Louay Yassin told DW. "The entire refugee situation is shameful - it's not a refugee crisis at all, but a European political crisis."

According to Germany's Federal Association for Unaccompanied Minor Refugees (BumF), the country saw 35,000 to 40,000 new unaccompanied minors in 2015, mainly from Afghanistan, Syria, Iraq, Eritrea and Somalia.

Of those, an estimated 15 to 25 percent have disappeared. "The fact that the young people vanish - and they usually disappear within the first four weeks after arrival - has become normal, no one really asks after them," says the association's Nils Espenhorst.

The police will search for a vanished young refugee with the same intensity as "searching for a stolen bicycle," he told DW.

In particular because youths traveling alone are so vulnerable, the figures are worrying, he says, adding that the number of unreported cases is presumably much higher.

There is little information on what happens to the children once they have vanished. They might just be continuing their journey to relatives or other contacts in northern Europe. No one knows whether they ever reach their destination.

There are, however, fears that organized crime rings are exploiting young refugees, forcing them into prostitution, begging, pornography, or other criminal activities.

In Germany, many are thought to disappear simply because they don't like the place where they have been assigned. Others go underground before they turn 18 because they are worried they won't be granted asylum. 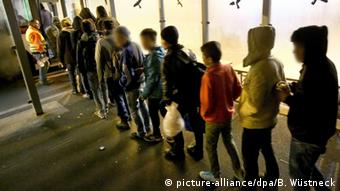 The German Federal Criminal Office (BKA) lists 4,718 refugee minors unaccounted for by the start of the New Year on January 1. Less than ten percent are children, the others are teenagers aged 14 to 17. The data is based on missing persons' reports filed with the police by parents, social workers and refugee shelters. The BKA stresses the likelihood that children were reported missing more than once.

Experts agree Germany may have created an additional problem by allocating youths away from the overburdened cities to rural areas much less attractive to young people.

So they just up and leave again or join relatives elsewhere, says Claudia Kepp, press spokeswoman of the Save the Children aid organization. "A refugee shelter is after all no prison," she told DW.

The Europol figures are deeply worrying, Kepp warns. "They show the huge gaps concerning child protection along the entire refugee route to Europe."

Child protection for young refugees in Germany is insufficient, say both Kepp and Espenhost, who criticizes that Germany has yet to implement recommended EU guidelines on human trafficking, "developed in order to provide practical, rights-based policy guidance on prevention of human trafficking and the protection of the victims."

How best to safeguard young people who took immensely risky journeys to reach safety in Europe?

Apart from registering the youths properly immediately upon arrival, fingerprints and all, Espenhorst says, "it's of utmost importance to stabilize them emotionally and offer them prospects for the future."

The German government will have to spend 50 billion euros on refugees during this year and next, a new study estimates. In order to balance these costs, researchers urge financial restraint elsewhere. (01.02.2016)

Some 10,000 unaccompanied migrant children have disappeared in Europe since their registered arrivals, according to Europol. The EU police agency fears many may have been forced into sex rings or the slave trade. (31.01.2016)

Chemnitz to be European Capital of Culture 2025 in Germany