Thousands of Myanmar women forced into marriages in China

Over 7,000 Myanmar women and girls have been sent to China and forced into marriage and childbirth. The crisis is being fueled by problems on both sides of the border. 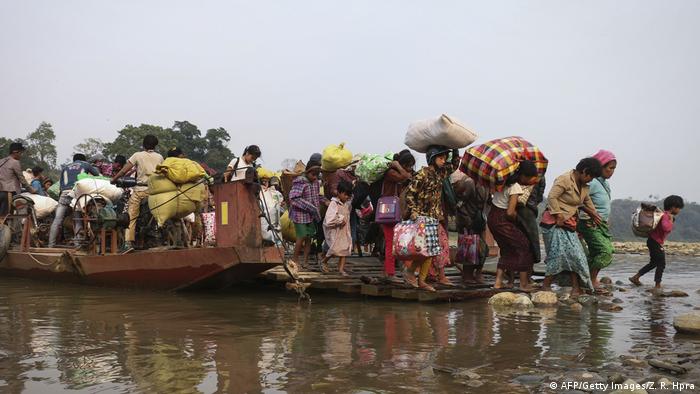 Thousands of vulnerable women and girls from northern Myanmar are being trafficked to China and forced to marry and have children, according to a report released Friday.

An estimated 7,500 women from the war-torn Kachin and northern Shan states were sold to men across the border between 2013 and 2017, the study by the Johns Hopkins Bloomberg School of Public Health reported.

Interviews with more than 400 victims in Myanmar and China revealed most of the victims were forced to bear children before sometimes being sold on to a second husband.

One woman told how she was trafficked into China three times, each time being "pushed into giving birth," according to Moon Nay Li of Kachin Women's Association Thailand, who led the field research in Kachin and Shan states.

Problems on both sides

The conflict between ethnic insurgents and government forces, as well as persistent human rights abuses in northern Myanmar, have forced thousands of undocumented women and girls into the arms of traffickers.

"Because of the political instability, conflict and land confiscation … security for women is a big challenge," said Moon Nay Li. 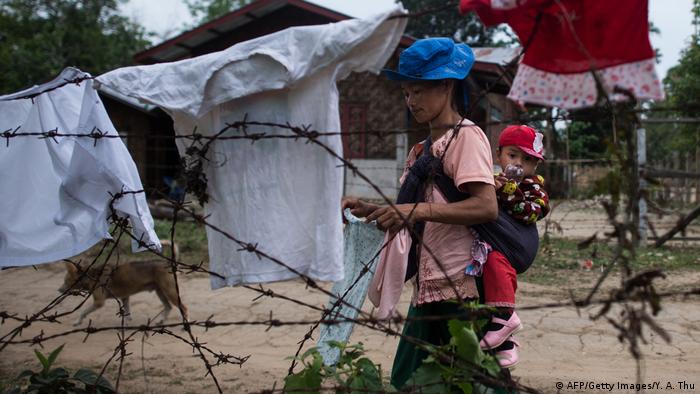 A displaced woman hangs laundry in a camp for displaced people in Kachin state, northern Myanmar

Marriages are often brokered by the women's own families or village elders, with the women unable to refuse.

Daughters often "can't say no to their parents," said Moon Nay Li, and are forced to go ahead with the marriage once "traffickers and agents have given money to their parents."

Read more: How has the one-child policy affected China?

The husbands are often older, sick or disabled men from rural areas who are considered undesirable to the Han Chinese.

Without documentation, the women often get trapped, and can even be sold on to others after giving birth to allow their husbands to recoup the cost.

A call to action

"Victims of forced marriage suffer a range of rights violations and exposure to physical and psychological risks," said Courtland Robinson, an associate professor at the Bloomberg School and the study's lead author.

"This research draws attention to the scope of the problem and to the urgent need for support services for victims."

While the study recognizes that some women were happily married, it calls for Myanmar to end internal conflicts and ensure citizens have identification documents to allow them to live and work legally in China.

It also calls on Myanmar to train anti-trafficking officials and recognize the women as victims.

Rohingya people in Myanmar: What you need to know

Thousands cross from Myanmar to China amid border violence

Clashes between Myanmar military and ethnic Chinese rebels in the Kokang region have created a situation of panic among border residents. The fighting jeopardizes a nationwide peace process. (08.03.2017)