Couples in China are allowed to have two children from now on. The Chinese government implemented the law after concerns related to the country's shrinking population and aging workforce. 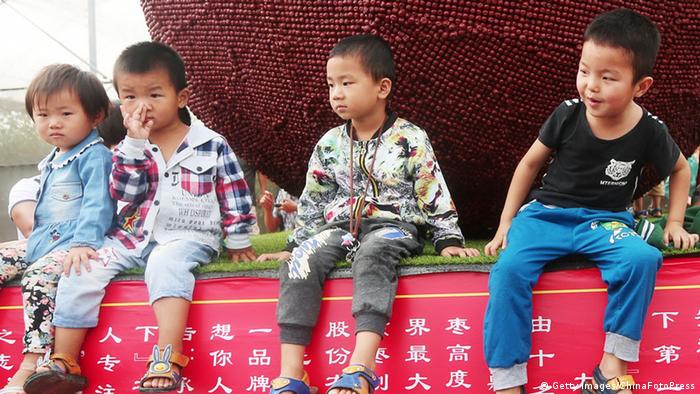 The government in Beijing announced that it was putting an end to its one-child policy in October last year. The law to legally allow couples to have two children was put into effect on Friday, China's official news agency Xinhua said.

Under the new law, married couples would be allowed to have a second child, but limits on additional births would remain.

As a result, around three million extra babies could be born each year over the next five years, officials from the National Health and Family Planning Commission predicted in November 2015. An additional 30 million people would therefore be ready to join the country's labor force by 2050.

Severe gender imbalance and a rapidly aging population characterize China's 1.37-billion-strong population, and experts have expressed concerns that implementing the two-child policy now might do little to address China's population problems. Furthermore, others warn that Chinese couples do not want more children, given the costs of raising a child.

Beijing introduced its one-child policy in the late 1970s to control population growth and bolster food security. Rural families could have two children if the first was a girl - a response to the Chinese tendency to prefer male children to females. Ethnic minorities could also have an extra child.

Officials ensured people conformed to the rules by detailing a system of fines for violators, and raising the possibility of forced abortions. The government argued that the rule was a key factor in contributing to China's economic growth. However, the law caused severe emotional distress to parents and led to sex-selective abortions in the male-dominated society.