China will end its controversial one-child policy and ease family planning restrictions, according to its state media. The policy was introduced in the 1970s to prevent a population explosion. 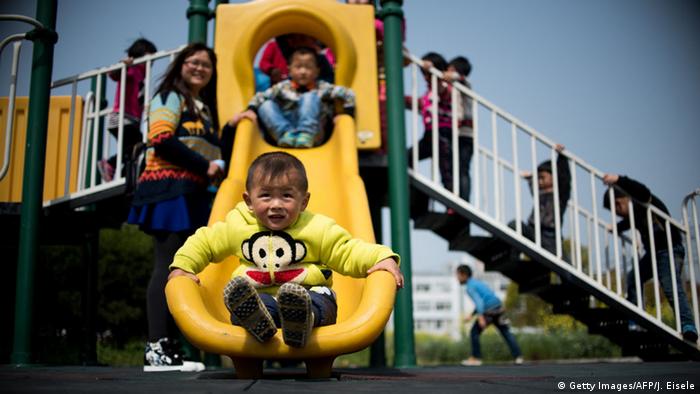 Chinese couples will be allowed to have two children, according to a decision made by the members of the ruling Communist Party on the final day of a four-day conclave in Beijing - known as the fifth plenum - which approves the next five-year-plan for the country.

Wang Feng, an expert on demographic and social changes in China, hailed the decision as an "historic event."

"It's an event that we have been waiting for a generation, but it is one we have had to wait much too long for," Wang told Reuters news agency. "It won't have any impact on the issue of the ageing society, but it will change the character of many young families," Wang added.

The strict policy was introduced in 1978 and implemented in 1980 to control population growth and save resources. For years, officials argued that the policy contributed significantly to the country's economic boom. It is estimated to have prevented about 400 million births since its implementation.

The Asian country is currently home to over 1.3 billion people, the world's largest population.

The Communist Party started relaxing the one-child policy in 2013 because of the ageing population, gender imbalances and a shrinking workforce.

For years, activists have accused Chinese officials of committing grave human rights violations during the enforcement of the one-child law.

The fifth plenum in Beijing also sets economic targets for the next five years as the country's economic growth is slowing down considerably.