Things to know about Germany′s recent surveillance laws | Germany | News and in-depth reporting from Berlin and beyond | DW | 26.06.2017

Germany has passed an unprecedented spate of new surveillance and security laws, often with impossibly long and hard to understand names. DW guides you through the most important of them. 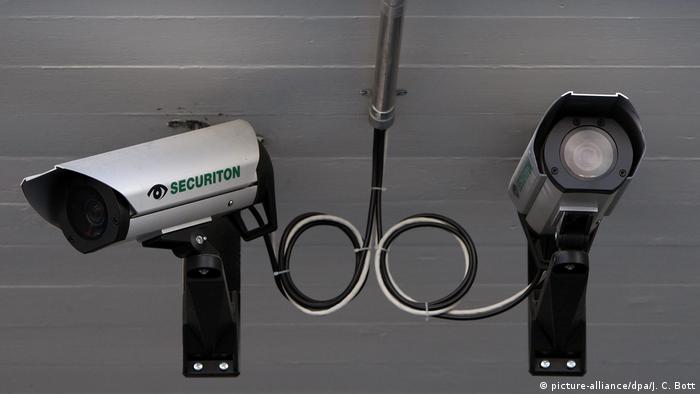 If you think the English translation is a mouthful, try the German on for size: Gesetz zur Einführung einer Speicherpflicht und einer Höchstspeichterfrist für Verkehrsdaten. And it's as controversial as its name is long. This law was supposed to require telecommunications companies as of July 1, 2017 to collect and retain user data and make it available for preventing crime and combating public dangers. But a local German court found that it is in violation of EU law, and Germany's Federal Network Agency says that for the time being it will not be enforced. The future of the legislation is up in the air.

This piece of legislation requires airlines to collect and retain for five years information on passengers including their contact details, means of booking and payment and even choice of seats. They also have to pass on that data to the Federal Criminal Office. The law came into force on June 20, 2017. The government argues that it was necessary to conform to an EU guideline, but critics say it goes well beyond what Brussels requires.

This amendment to the German Criminal Code was passed by the Bundestag on June 22, 2017. It is also known as the "state Trojan law." It creates the legal basis for police and the state to use malware to spy on mobile phones, chat groups and Internet accounts. Previously, only the Criminal Office was allowed to use such software to protect Germany against terrorist attacks. Critics see it as a major impingement on individual privacy.

Law for the Better Enforcement of a Duty to Leave

Contained within draft legislation intended to make it easier to get rejected asylum seekers to leave Germany is a passage that allows authorities at the border to examine the metadata of would-be migrants, for instance, to determine which countries they have been in and when. It was passed by the Bundestag on May 18, 2017. The previous rule required asylum seekers to agree to have their mobile phones inspected.

Improvements are in the eye of the beholder. This legislation gives the state greater latitude to use video cameras to monitor public spaces like city squares, stadiums, shopping malls and parking lots. It came into force on May 5, 2017 in the aftermath of the Berlin Christmas Market attack. Detractors say it impinges on the rights of ordinary people and argue that video surveillance does little to prevent terrorism or help bring terrorists to justice.

This draft legislation is the odd-man-out on this list because it involves the self-monitoring of social media networks and not government surveillance per se. But critics see it as another instance of the state encroaching on individual rights. The law would require networks like Facebook to delete illegal content quickly or face punishing fines. Detractors argue that it could be used to suppress unpopular political views and that it transfers responsibility for determining what is protected free speech from the state to private companies. It is set to be passed by the Bundestag in the final week of June.