Politicians and NGOs say that a spate of security measures go too far and are beginning to impinge on personal liberty. Angela Merkel's potential next coalition partners are demanding a "general reversal" on the issue. 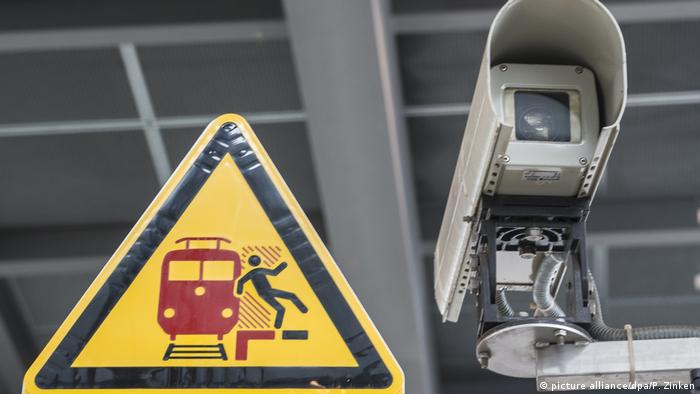 Germany's Free Democrats (FDP) are normally considered the preferred coalition partners of the conservatives, but on Monday they laid into Chancellor Merkel's current government with the Social Democrats over its record on state surveillance and civil liberties.

"For four years, civil liberties have had no advocate in the grand coalition," FDP chairman Christian Lindner said at an event in Berlin, where the FDP presented a "poison list" of seventeen recent legislation and policies that it says curtail personal freedom in Germany.

The list includes everything from expanded video surveillance to the collection and retention of telecommunications data and the use of malware to spy on possible criminals to proposed reforms that would enhance the powers of Germany's intelligence services. Together, say FDP leaders, these measures amount to a pernicious trend.

"We're sliding into a surveillance state," criticized 84-year-old former German Interior Minister Gerhart Baum, who added: "In all my days I've never experienced such an abundance of measures."

Lindner said that a "general reversal" on these issues would be a precondition for any partnership with the FDP - a warning leveled directly at Merkel's conservatives, who according to the latest polls may numerically be able to form a government coalition with the Free Democrats after September's election.

"We're not going to tolerate any unconstitutional laws in a coalition," Lindner said. 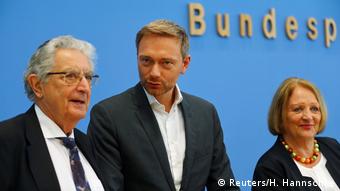 The FDP delivered a scathing critique of the government

The FDP's statements add to widespread criticism of what detractors say is the government's over-prioritization of security.

"The relationship of freedom to security has become imbalanced in the last legislative period," said Lindner, whose party failed to clear the five-percent hurdle needed for parliamentary representation in the 2013 election - a situation the FDP hopes to rectify in September. "We will insist that basic rights be respected and that laws contrary to those rights be revised and in individual cases be challenged on constitutional grounds."

Lindner announced that his party would participate in a constitutional challenge of the law allowing the government to use so-called "Trojans" to collect online data. The law passed the Bundestag last week over vehement objections by the opposition Left Party and the Greens and even two members of the SPD.

The law has been roundly criticized by data-protection advocates such as the NGO freiheitsrechte.org (freedom rights). In an evaluation of the legislation to the Bundestag before it passed, the organization's chairman leveled a list of objections to it, concluding that it was "constitutionally unjustifiable."

Freiheitsrechte are planning to file an official constitutional complaint against the so-called "state Trojan law." And they're not alone. This looks as though it may be the summer of data-protection lawsuits in Germany. 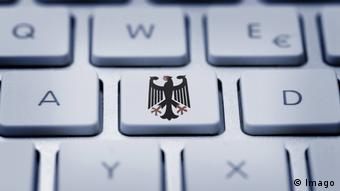 The "state Trojan law" is just one piece of controversial legislation

On Thursday, activists are planning a demonstration in front of the Bundestag to protest against the Telecommunications Data Retention Law. It originally went into force in December 2015 and as of July 1 will require telecommunications companies to save data for government use for six months.

"In the past weeks and months, we've seen massive restriction of civil liberties with the surveillance laws," Friedemann Ebelt of event co-organizer Digitalcourage told Deutsche Welle. "We need policies that restore individual liberties. This flood of surveillance needs to be confronted with a reform for more freedom. That means a reduction of telephone and Internet surveillance and the far-too-large intelligence service infrastructure. People need to be given back control over their communication and their communication devices." 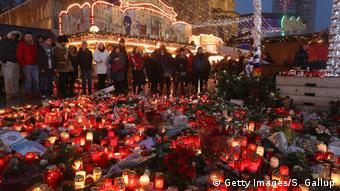 In the wake of the Christmas market attack, calls grew for more surveillance

Meanwhile the Pirate Party has just announced it will file a constitutional complaint against the Video Surveillance Improvement Law.

The legislation, which was enacted in May in the aftermath of the Christmas market attacks in Berlin last December, greatly expands governmental use of surveillance cameras in public locations. The Pirates say it's unconstitutional.

"It's a farce that the CDU and SPD say they want to protect our freedom with massive surveillance," Pirate lead candidate in Bavaria Stefan Körner said as the legal challenge was announced. "By suing, we hope to nullify the political definition of the effectiveness of video surveillance."

"In a number of past verdicts, the constitutional court has underscored the importance of basic rights and struck down laws that curtailed civil liberties," Schaar told Deutsche Welle. "So it would be good if the judges in Karlsruhe evaluated the expansion of video surveillance."

That's a view shared by the FDP and Lindner, who called for an end to "symbolic restrictions of freedom that don't work."