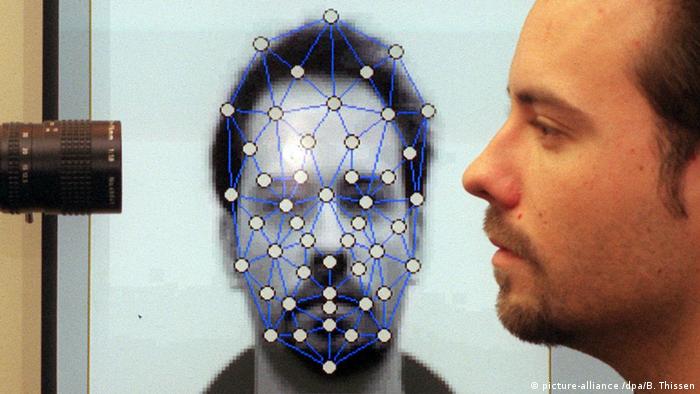 Germany's federal police force has a multitude of different tasks, but casting usually isn't one of them. That changed on Monday, as officers set up a stand in Berlin's Südkreuz subway and commuter rail station in an effort to recruit subjects to help them test out anti-crime facial-recognition software.

Volunteers have their photos taken, are equipped with transponders and agree to allow themselves to be tracked in a specially marked section of the station for six months starting on August 1. In return, they're given thank-you presents - everything from Amazon gift certificates to an Apple Watch for the person who passes through the police surveillance zone most often.

It sounds a bit goofy, but officers were able to recruit 44 volunteers on the first morning of casting alone and said that the people they had approached had been quite receptive. So will people spend all day walking through the station trying to claim the top prize?

"For the system it doesn't matter," police spokesman Thorsten Peters told DW with a chuckle. "In fact it likes that. The more people appear in it, with a different expression on their faces, the more data we have to compare systems and see which one is the best."

Police want to enlist 275 volunteers in total and are keeping their recruitment light-hearted enough not to scare off potential volunteers. But although this is just a test, authorities are ultimately very serious about biometric recognition systems as a crime-fighting tool of the future. 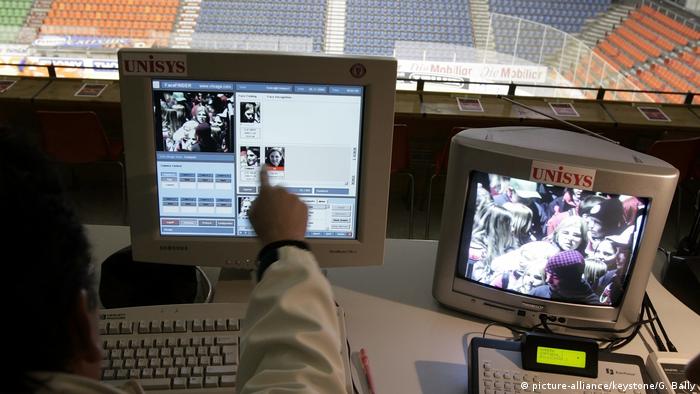 Biometic systems have been used for security at big sporting events

A new possibility for manhunts

Interior Minister Thomas de Maiziere wants to dramatically expand the surveillance options currently available to law enforcement officials. CCTV cameras are in operation in police stations throughout Germany, but there is no identity recognition software that automatically sounds an alarm if it spotted a wanted criminal or terrorism suspect.

Police hope that the tests are a preliminary step in changing that.

"Imagine there's the scene of a crime in Berlin or elsewhere in Germany, and you can extract a picture of the perpetrator from video surveillance footage and feed it into the system," Peters explained. "Then you could use it for a manhunt on a number of train stations. That's one imaginable use for this technology."

De Maiziere has said that such system would be used for "serious" crimes. But that begs the questions of what precisely constitutes a serious crime and whether the desire to apprehend criminals outweighs the potential violation of privacy such software could entail. 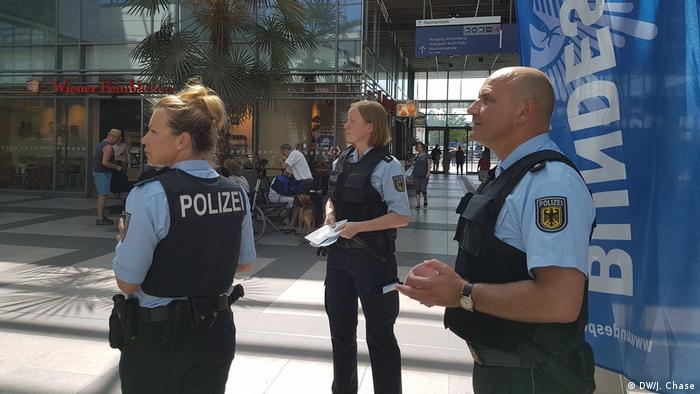 Police got off to a good start finding volunteers

Data security and privacy advocates are accepting the police tests at Südkreuz, but that doesn't necessarily mean that they support identity or facial recognition systems in general.

"What they're doing at the moment is acceptable from a data protection perspective - it's legitimized by the fact that people have voluntarily agreed," Federal Commissioner for Data Protection Andrea Vosshoff told DW. "If there weren't a clearly demarcated area, or everyone were compared with a database, regardless of whether they agreed or not, then we'd have a big problem."

Biometric recognition systems are used at airports to assist immigration in some countries, for instance the US and Australia, while they have been employed for security purposes in the United Kingdom - for example at Cardiff's main train station for the Champions League final there earlier this month.

But for such systems to be employed on a widespread basis for security purposes in Germany, the data protection office says, German law would have to be rewritten. That's a tricky business if individuals' right to privacy is to be preserved.

"Biometrics has become a very powerful science," Vosshoff said. "You can determine all sort of things from biometrics, including illness and the like. This is a very sensitive area, and there are very sensitive data affected. To do that, you'd have to create a solid legal basis, which doesn't exist at the moment." 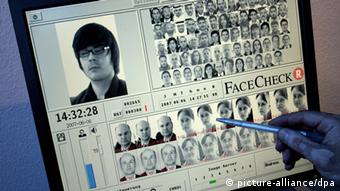 That view is supported by advocacy groups like Netzpolitik and CILIP, who say that widespread use of the technology would be illegal.

"According to paragraph 27 of the Federal Police Law, authorities are allowed to use cameras to zoom in on people but they're not allowed to digitally process such data and automatically evaluate it with software," Matthias Monroy, a member of both groups, told DW. "There are inevitably false identifications."

Anything to fight crime

Not everyone has such qualms. After a break for lunch, the officers at Südkreuz station resumed their casting, and within minutes they had three further volunteers: a middle-aged man and woman and a young fellow with a soul patch and cycling sunglasses. All of them said that they saw the police stand and spontaneously decided to participate.

"Anything you can do to help fight crime is worth doing - that's why I agreed," the woman explained to DW. The other two concurred.

When asked if they were concerned that their images and data might be misused by the pilot or if biometric identification systems became standard for train station security, they all said they were not.

Facial recognition systems in public spaces will undoubtedly remain a contentious issue in a country like Germany, where people are intrinsically wary of the state. But if day one of the federal police's recruitment campaign is any indication, they'll have no problem attracting enough volunteers for their trial run.