Following a spate of violent attacks in 2016, German lawmakers approved a series of broadened security measures that will see increased video surveillance. Technologies such as body cameras will also be introduced. 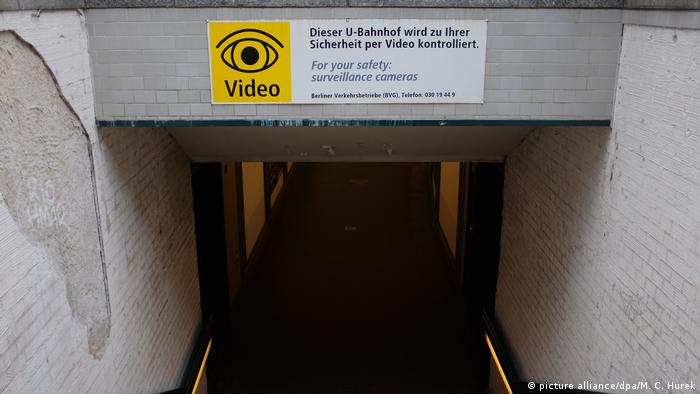 The new security resolution was agreed by the Bundestag during a marathon parliamentary session in the early hours of Friday morning. The measures will place greater weight on public safety concerns when deciding whether video surveillance technologies should be installed in certain locations.

In effect, the bill will make it simpler for private firms to install surveillance systems in public areas, particularly in shopping centers, by football stadiums and in car parks.

On the back of the government's increasing emphasis on public safety, new updates to Germany's data protection act stipulate that the protection of life, health or freedom carry particularly important interest. This key amendment to the act, which has historically valued privacy rights, is expected to make it significantly more difficult for privacy advocates to block any future surveillance measures.

The Bundestag also voted to introduce small cameras that police officers will wear directly on their clothing. Known as bodycams, lawmakers say the new security provision is designed to protect officers.

Federal police will also be allowed to install new surveillance systems able to read and register license plate numbers, which proponents say will make it easier to search for missing vehicles.

Beefing up the country's security apparatus has been a key priority for German politicians following several high-profile attacks including the New Year's Eve 2015-2016 sexual assaults in Cologne and a 2016 killing spree in Munich, as well as an ax attack aboard a train near Würzburg and a suicide attack on a fair in Ansbach.

December's truck attack on a Berlin Christmas market also reignited the debate on security in the country. Following that attack, which left 12 people dead, Berlin state authorities admitted that the terror suspect had been monitored for several months during 2016 but surveillance was called off in September.

Germany's grand coalition government said it expects the new measures to protect the population more effectively. Critics, however, have decried the new laws, arguing that they curtail fundamental freedoms without any guaranteed security gains.

The Bundestag had begun its session at 9 a.m. local time Thursday morning (0800 UTC) with 50 items on the agenda ranging from Chancellor Merkel's remarks on the EU Summit to a bill on sports betting. It concluded at 1.39 a.m. (0039 UTC) on Friday morning. Bundestag Vice President Claudia Roth commented "the agenda is exhausted - and so are we."