Critics have slammed a proposed German surveillance law as infringing on civil liberties. The controversial legislation would empower investigators to read suspects' WhatsApp messages and other online communication. 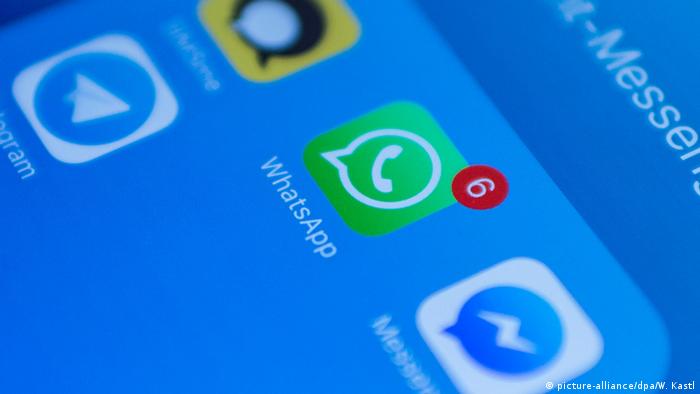 The new law represents one the biggest overhauls of surveillance legislation in Germany's history. Under the new rules, investigators can install malware on smartphones, tablets and computers that lets them read WhatsApp messages and other personal communication. Installing the so-called "State Trojan" will allow investigators to circumvent any encryption, since they're getting their intelligence straight from the source - they see whatever the suspect sees on his devices.

In addition to this real-time surveillance of communication, the new law will also allow authorities to install malware to read anything and everything that's saved on a device. In effect, the change means that authorities can access a copy of a suspect's hard drive.

Politicians from the governing coalition of CDU, CSU and SPD say the new law is necessary to keep up with terrorists and other criminals, who mostly communicate online and not via phone calls anymore.

"This is how we facilitate efficient, cutting-edge law enforcement that's keeping us all safe," Michael Frieser, domestic policy expert with the conservative CSU, said in the Bundestag on Thursday.

To critics, the new law isn't so much cutting-edge as it is dangerously invasive. They say it violates privacy rights and isn't in line with rules handed down from the Constitutional Court, Germany's highest judicial body.

Essential addition or violation of the constitution?

Hans-Christian Ströbele, a member of the Bundestag and its judiciary committee for the Green Party, says he understands that there are certain reasons to consider the surveillance of online communication. But he believes the new law is the wrong way to do it. 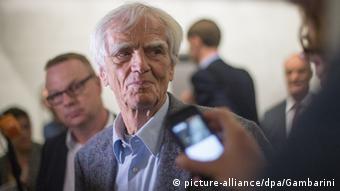 Ströbele: The pretense for this law is terrorism, but it'll be applied to all sorts of offenses

"The Constitutional Court has instated a number of rules for a law like this, which aren't being adhered to," Ströbele told DW.

"It has to be guaranteed, for example, that all private and intimate conversation is excluded from the information the Trojan allows investigators to see. But this isn't fulfilled."

Patrick Sensburg, a Bundestag member of the judiciary committee for the CDU, stated that Ströbele misrepresented the rules laid out by the Constitutional Court, saying they only refer to previous private conversation. "Of course it would be included in surveillance when the suspect is ordering a pizza from his smartphone," Sensburg told DW. "But investigators wouldn't be able to scroll to previous conversations on that phone."

Sensburg and other members of the governing coalition believe that the new law is essential to give police legal backing in their fight against crime.

"In times of permanent terrorist danger, we have to close security holes," is how Eva Högl, vice chair of the SPD parliamentary group, put it in a statement for DW.

Another point of contention is how the law was introduced in the Bundestag. The new surveillance measures were a late addition to another bill that suggested minor changes in Germany's criminal code. 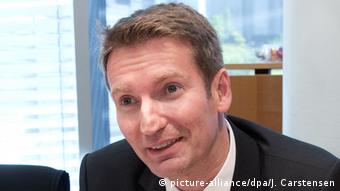 Sensburg: We've been having this debate for more than three years

Ströbele criticized that parliamentarians were informed about the added changes with very short notice and didn't have time to prepare for an informed discussion.

Sensburg said that the possibility of online communication surveillance was written into the coalition agreement after the previous federal election in 2013 and has been a topic of discussion ever since. But the German Lawyers Association agrees with the opposition, saying the whole process seems rushed.

"One can't help but get the impression that this serious infraction of civil liberties was deliberately hidden in a regular adjustment bill to push it through quickly and without discussion," Ulrich Schellenberg, the president of the German Lawyers Association, wrote in an email to DW.

Ströbele goes even further. "The procedure was undemocratic and unparliamentary," the Green Party politician said. "A law as important as this one has to be discussed in parliament in great detail and that wasn't possible at all. They're basically passing their law in this piggyback manner."