Investigators have revealed more details of Berlin attack Anis Amri's flight to Italy. The release of the footage came a day after a suspected accomplice of Amri's was arrested in Germany. 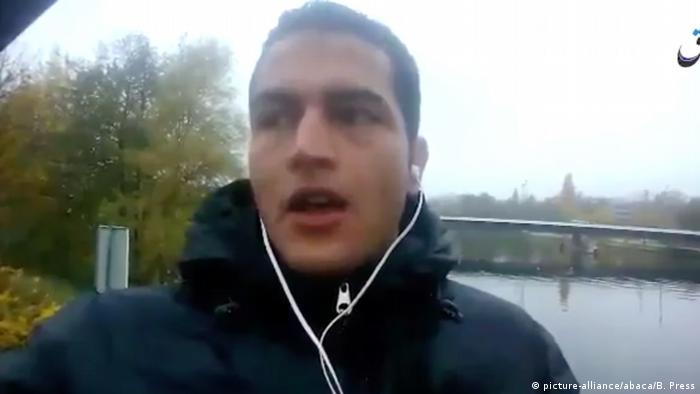 Authorities have learned more about the route that leader Berlin Christmas market attacker Anis Amri took from the scene of his crime to a fatal shoot-out with Italian police four days later, according to state prosecutors.

Newly released surveillance footage shows the 23-year-old Tunisian national arriving at Brussels North train station the day after he hijacked a truck near the German capital and killed 12 people. With a thick jacket and a scarf covering part of his face, the camera got Amri disembarking from a train out of Amsterdam around 7 p.m. local time, carrying a handful of papers.

Amri is then known to have traveled through France to Italy, before being shot near Milan after an altercation broke out when police officers asked for his identification.

German police are now concentrating on hunting down any possible accomplices to the attack that shocked the country. On Wednesday one known associate of Amri's, another Tunisian citizen, was detained over suspicions he had known of the man's plan.

The 26-year-old reportedly met with Amri the night before the attack for dinner. However, he was later freed on insufficient evidence, despite media reports that he had been arrested on suspicion of supplying explosives for a planned attack in Düsseldorf in 2015 and was considered an extremist.

In a separate statement, prosecutors then said he had indeed been arrested, but for committing fraud in Germany's asylum procedures.

According to the Süddeutsche Zeitung daily, the two men traveled to Germany together from Italy in 2015.

Investigators have raided the homes of two suspected associates of Anis Amri, the man linked to last month's deadly Christmas market attack in Berlin. Officials declined to confirm whether the men have been detained. (03.01.2017)

The Belgian government intends to check passengers on international trains and buses. Is this the end of the Schengen zone? (04.01.2017)