Berlin wants to use data gathered from refugees' mobile devices to identify them, but resistance is forming. Critics object that draft legislation to that end is unconstitutional and open to error. 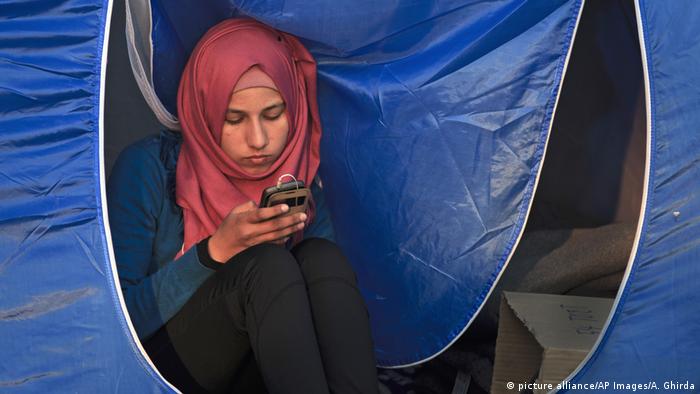 Collecting mobile data from refugees would make life much easier, Jutta Cordt feels. The head of Germany's Ministry for Immigration and Refugees (BAMF) is pushing for a draft law, set to go before parliament on April 27,  that would allow her ministry to examine asylum seekers' mobile devices to find out who they really are.

"Collecting mobile phone data would help us to determine the identity and origin of asylum applicants who don't have a passport," Cordt said in an interview with the Rheinische Post newspaper. "With that information it would be easier to judge whether applicants have a legitimate reason for asylum."

But not everyone in the German government is happy about giving the BAMF such additional powers. The German opposition is up in arms, as are refugee advocates.

And earlier this week, Germany's commissioner for data protection, Andrea Vosshoff, raised concerns that the draft law wouldn't stand up to judicial scrutiny.

"I have my doubts whether, in its current form, this encroachment upon the fundamental right to confidentiality and integrity of one's IT systems conforms to the constitution," Vosshoff said in an unusually sharply worded, if jargon-filled position paper sent to parliament's interior affairs committee.

Concerns about the draft law's constitutionality aren't the only worries. Others fear the proposed legislation wouldn't actually be of any help.

The BAMF hopes that mobile phone data will provide reliable information about things like where asylum seekers came from and spent their time, or what they "liked" on social media platforms. But that presumes, for instance, that refugees have not disabled tracking functions on their mobile devices. And that they are willing to cooperate with German authorities.

"Without a password, even they have relatively few technological possibilities for getting access to the data," Fabian Scherschel, an editor at the German computer magazine c't, told Deutsche Welle.

- A Syrian refugee's arduous escape in a wheelchair

Forensically extracting data from mobile devices, as police do in criminal investigations, is a complex and lengthy process.

"Forensics work is definitely a task that takes a long time," Oktay Öz of the Berlin data retrieval company Stellar Datenrettung, told DW, adding that such work can take "months."

That would speak against the notion that examining mobile device data would automatically speed up the processing of asylum applications. And the new law also has another potentially crucial Achilles' heel. 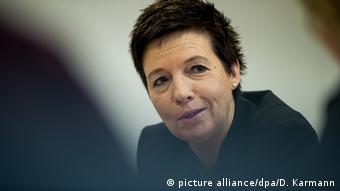 Cordt says the legislation would be an enormous help

For Öz, the data would need to be confirmed with other pieces of evidence such as the language a refugee used.

"In various Arab-speaking countries, for instance, they use different slang and have different spellings," Öz said.

Data retrieval, Öz explained, can help restore information asylum seekers may have deleted from their mobile devices. But there is no ruling out someone acquiring a phone with certain types of data to influence the asylum process. And it's even theoretically possible that terrorists could employ specially prepared devices to help get attackers into Germany.

All in all, Öz says, the situation is very complex.

"My personal opinion is that it will be difficult to get a law like this through," Öz said. 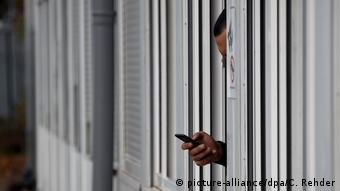 Mobile phone data would need to be corroborated

"I don't think that collecting mobile-phone data will give us information that can be converted one-to-one into the true identity of a person," Bernd Mesovic, the head of the legal department of the German NGO Pro Asyl, told DW.

Mesovic complains that while the government solicited the opinions of his organization when drafting the law, Pro Asyl only had slightly over a single day to formulate its position. The government, he says, is trying to limit public discussion of the legislation.

And he, too, says that the sort of data collection as foreseen by the draft law in its current form is probably unconstitutional.

"It amounts to the sort major surveillance operation that the Federal Constitutional Court ruled out all the way back in 2004," Mesovic said.