Increasing anti-Semitism and a general feeling of foreignness are pushing more and more German Jews to move to Israel. Despite the many obstacles that stand in the way, they seem to have no regrets. 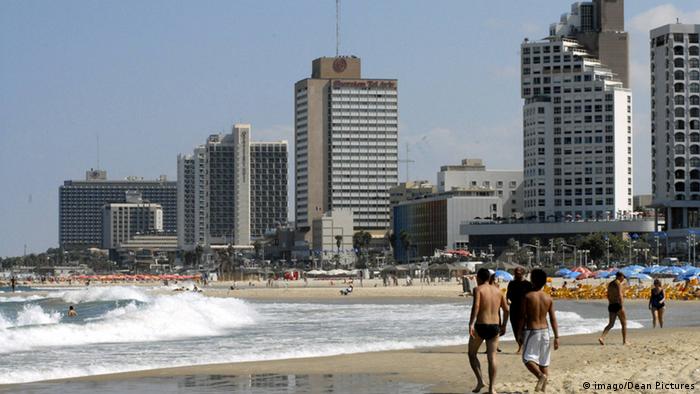 People who were born and raised in Israel are not used to hearing that their upbringing is something to be envious of. The country is engaged in a bloody conflict with the Palestinians, military service is compulsory and it has one of the highest inequality rates in the West. Israelis also work some of the longest hours among states within the Organization for Economic Cooperation and Development.

These statistics do not make Israel an obvious immigration destination, particularly when coming from Germany — another OECD member that tops Israel in a number of key areas, including average wages and PISA performance. But for some German Jews, the dry figures are irrelevant. They decided to move to Israel anyway — and they have no regrets.

"Can you really leave your house as a Jew in Germany without being treated like a museum exhibit? Not really," says Alon Kogan, a 22-year-old who was born in Offenbach and moved to Israel in 2015. "I always felt like I was a tourist attraction almost," he recalls. "Here, I no longer feel like an outsider."

Growing up near Frankfurt, Kogan was one of more than 6,500 Jews living in the area. Still, that didn't make him feel more comfortable about his religion. "People would always whisper 'look! Here are Jews! Look at what they're wearing!' if a group of Orthodox men would cross the street. It's like they were still amazed that there are Jews out there," he says.

Anti-Semitic incidents were also present in Kogan's surrounding. "Nothing major ever happened to me, but friends would always tell about incidents here and there," he says. "After finishing high school, a friend told me about his positive migration to Israel. I just felt like I wanted to do it too, like it was the right thing for me."

Moving to Israel from France

'Anti-Semitism is always in the background'

A stranger in my homeland

Maya Rosenfeld, 22, also moved to Israel three years ago. "I was tired of explaining myself all the time. Tired of explaining Judaism to the world," she remembers. "People would ask me why Jews circumcize their children or demanded that I interpret Israel's policies. Why is it my job? Educate yourself on your own."

When she was in school in Cologne, somebody wrote "Jewish pig" on her chair. Another time, someone told her that Jews were responsible for 9/11 and falsely claimed that no Jews were killed in the attacks. "This is simply not true. Just Google it," she remembers answering.

Read more: Are France and the EU helpless against anti-Semitism?

In another instance, a fellow pupil brought a newspaper to class and asked her what she was doing to the people of Gaza. "For him, I was somehow responsible for this because I'm Jewish," Rosenfeld says.

But having to explain who she was didn't stop after high school: "You would think people in their 30s are more educated about Jews than schoolchildren. But even during my apprenticeship weird questions just kept coming."

Rosenfeld claims to have several Jewish friends back in Germany who hide their identity to avoid conflict. But for her, it was not an option. So, in 2016, she decided to move. "I could no longer feel like a stranger in my own land," she says. 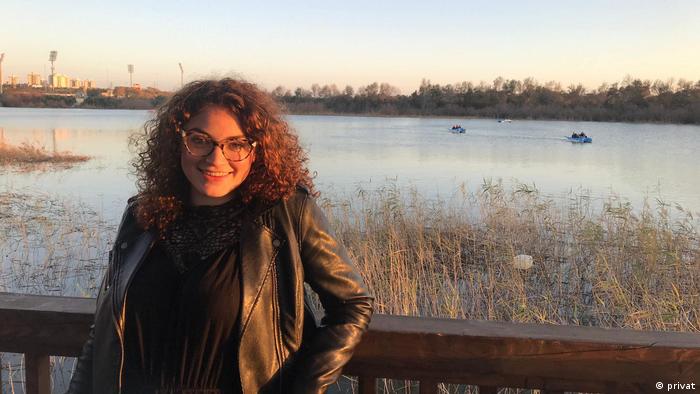 Rosenfeld moved to Israel in part, she says, because 'I was tired of explaining myself all the time'

A sense of belonging

Government figures showed a 10 percent rise in anti-Semitic crimes in Germany in 2018 — there were 1,646 offenses registered nationwide last year, up from 1,504 in 2017. There was also an increase in violent crimes motivated by hatred against Jews: 62 offenses in 2018, compared to 37 the year before.

For 28-year-old Lina, though, it wasn't anti-Semitism as much as a general feeling of foreignness that triggered her move to Israel five years ago. Arriving in Munich from Latvia with her family when she was seven, Lina says she always felt somewhat like a guest, despite speaking fluent German and attending both school and university in the country.

"I always had a different background from others. That's why my closest friends were also always of immigrant background," she explains.

After becoming involved with the local Jewish community, Lina started seriously considering moving to Israel. "The Israelis I met seemed to have much more normal lives. Their stories sounded like something I wanted to experience," she recalls. "I started thinking what my life would look like had I grown up in Israel. In Germany, I always looked for a sense of belonging."

Going to the synagogue or celebrating Jewish holidays is no longer considered weird or exotic, Rosenfeld says. But while she is happy she moved, her new life in Israel in not concern-free. "Now I face ignorance from the other side," she says. "Some people told me that they would never visit Germany because of the Holocaust, as if we are all Nazis."

"Many times I've asked myself what was I doing, leaving my comfortable life in Germany behind — especially on my first day in the military," Kogan laughs. "But whenever I visited Israel it felt like home to me. So I followed my heart, and it was the right choice."