Are France and the EU helpless against anti-Semitism? | Europe| News and current affairs from around the continent | DW | 15.02.2019

France is struggling to deal with an uptick in anti-Semitic acts. Some blame the yellow vest movement for fueling hate crime against Europe's largest community. Elizabeth Bryant reports from Saint-Geneviève-des-Bois. 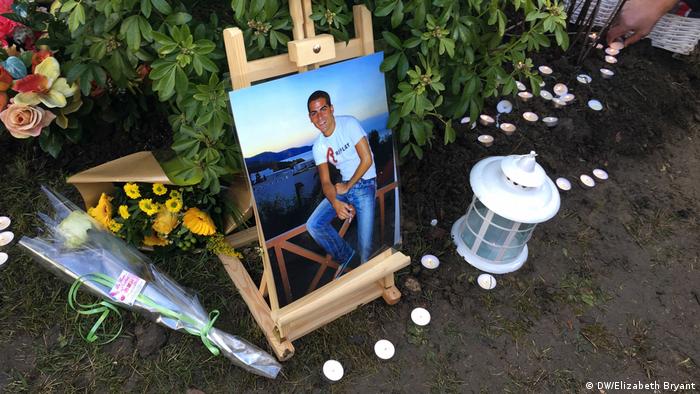 As Mauricette Rouffignat stood before yet another desecrated Jewish site on a recent sunny morning, it seemed like a playback to darker days. "I experienced World War II and all the suffering, the Jews who were deported," said 84-year-old Roussignat, who is not Jewish, but a resident of Saint-Geneviève-des-Bois, a quiet town on the outskirts of Paris. "We cannot remain unresponsive to these events, to this growing racism and insensitivity."

Nearby, local politicians blasted intolerance and laid wreaths next to a portrait of a smiling young man, as trains rumbled by overhead. Twenty-three-year-old Ilan Halimi was dumped at the spot where they stood, barely alive, after being kidnapped and tortured for weeks. Because he was Jewish, his abductors thought his family could pay a steep ransom. They couldn't, and Halimi died on his way to hospital. That was 13 years ago. Since then, France has experienced a raft of other horrific anti-Semitic incidents, from a 2012 shooting at a Jewish school in Toulouse, to 2015 terrorist attacks targeting a Paris kosher supermarket. Last year, 85-year-old Holocaust survivor Mireille Knoll became the second elderly Jewish women murdered in as many years.

Once again, anti-Semitism is on the rise in France, with the government reporting this week a 74 percent uptick in anti-Jewish acts last year, compared to 2017. "The government has to do more," said Rabbi Michel Serfaty, who heads a Jewish-Muslim friendship association. "The fight against anti-Semitism can't just be carried out by citizens and communities. It has to become a national cause."

This past week alone has seen swastikas spray-painted on mailboxes bearing portraits of another Holocaust survivor, Simone Veil, who went on to become one of France's most revered politicians. Vandals scrawled Juden (Jews) in yellow on a Jewish bakery in Paris, reminiscent of Nazi days. Others attacked trees at Halimi's memorial.

On Wednesday, officials planted new trees at the site, during a small ceremony in the Paris suburb of Saint-Genevieve-des-Bois. But for many attending, the damage cannot be easily repaired.

"We minimize [the impact of] violence these days," said local resident Jean-Luc Mazet. "By doing so, it empowers the perpetrators."

France is not the only European country experiencing an uptick in anti-Semitic acts. Both Germany and Britain have also reported sharp increases last year, reaching a record 1,652 in the UK. And in December,a European Union study found hundreds of Jews in a dozen member states reported being physically or verbally abused in 2018. Yet another survey, by CNN, found old stereotypes — including sentiments that Jews have too much influence in the media, finance and politics — alive and well in Europe.

In France, home to Western Europe's largest Jewish community, numbering more than half-a-million, a stunning 95 percent said they considered anti-Semitism to be a fairly or very big problem, according to the EU report. Some are responding with their feet; thousands have emigrated to Israel in recent years.

One country, two sources of anti-Semitism

Today, the country is confronted by two different waves of anti-Semitism, experts say; one expressed by second-generation Arab and African Muslim immigrants, and a more "traditional" anti-Semitism that has been around for years, and, which some argue, is resurfacing with the anti-government yellow vest protest movement. It has manifested itself in myriad ways, they say — not just in attacks against Jews, but also vulgar anti-Semitic graffiti against President Emmanuel Macron, a former banker at Rothschild.

Read more: How will France deal with rising anti-Semitism? 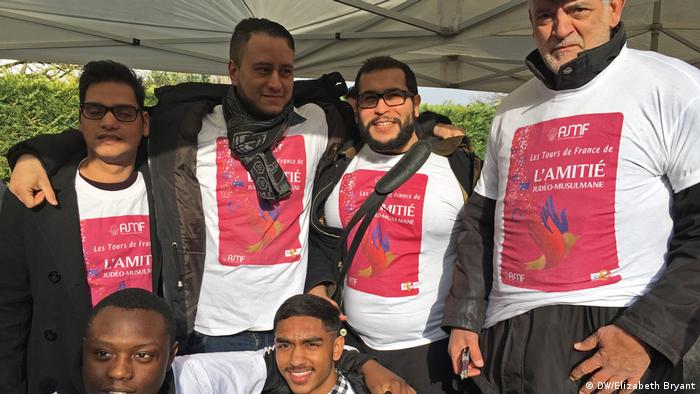 Serfaty and his team have been fighting anti-Semitism for years

"They were waiting for some kind of trigger," said Rabbi Michel Serfaty, of the interfaith friendship group, of what he calls "classic" antisemitism. "It was the yellow vests who gave it the impulse to express itself."

Others are more cautious, noting last year's rise uptick began well before yellow vest protesters hit the streets. Assigning blame is also complicated by France's ban on official statistics based on race and religion, said Jean-Yves Camus, an expert on political radicalism. "The traditional French anti-Semitism is still alive and well, unfortunately, but the most violent attacks on people are not perpetuated by the extreme right, but by people with immigrant backgrounds." 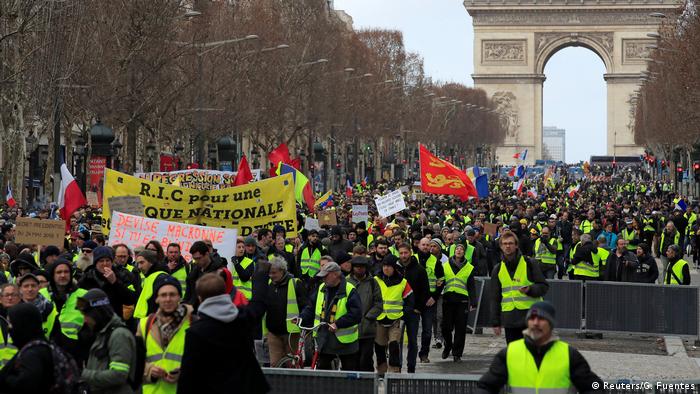 The resurgence has left many at Halimi's memorial searching for a way forward. That includes 19-year-old Jules Laloum, who sported a blue kippa as he lit a candle next to Halimi's portrait.

"I'm here to protest, to show we Jews are still here," said Laloum. He called for changing attitudes on social media, "but it's going to be very hard to do."

Serfaty, the rabbi, has been fighting anti-Semitism for years. He does it on the streets, literally wading into immigrant-heavy suburbs with a group of young Muslim volunteers. But he admits it's hard going.

He recounts a recent religious history class at a local high school, where students reacted violently when their teacher touched on Judaism. "She had no idea what to do, faced with such an abyss of prejudice and ignorance," Serfaty said. "The next generation needs to become respectable citizens, with a love of France. Prejudice doesn't have a place here."