The problems with Israel′s economic miracle | Business| Economy and finance news from a German perspective | DW | 15.05.2018

The problems with Israel's economic miracle

Israel just won the European Song Contest, the US moved its embassy to Jerusalem, and the business world is amazed by the innovative startups the nation produces. Yet the tiny country has a lot of catching up to do.

At first glance everything looks great. The Israeli economy is estimated to grow by 3.3 percent this year; $100 billion (€83.5 billion) in foreign direct investments is pouring into the country and the official unemployment rate was just 3.6 percent in March — its lowest since the 1970s.

According to the Organization for Economic Co-operation and Development (OECD), last year Israel had a gross domestic product (GDP) of $38,428 per person. Even though Israel ranked behind countries like the US and Germany, such figures add to the country's self-esteem. It was ahead of South Korea and Spain.

Known for its high-tech industries, billion-dollar takeovers of Israeli startups keep making headlines, such as US chip maker Intel's purchase of Mobileye for $15.3 billion. Although the company only had around 600 employees at the time of the takeover in August 2017, it was already considered a world leader with its driver assistance systems. 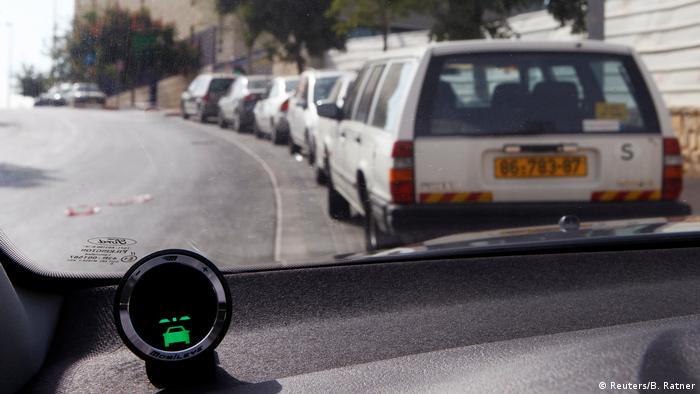 A Mobileye dashboard device being demonstrated on the streets of Jerusalem

But Karnit Flight, the governor of Israel's central bank, has mixed feelings about relying too much on the technology sector. She has warned that the country's "economic locomotive" — the high-tech industry — "is pulling decrepit railroad cars."

Yet there is another side to this success. Many outsiders may find it hard to believe, but although the population of the country has more than doubled to over 8.5 million since the early 1980s, infrastructure has not been keeping up.

For decades, little was invested in education. In addition, social inequality has grown, according to Professor Dan Ben-David, an economist at the Shoresh Institution for Socioeconomic Research and Tel Aviv University. 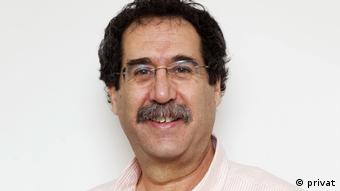 "Poverty and income disparity in Israel are among the highest in the developed world. Half of Israel's population does not even reach the bottom of the income tax scale and pays no income tax at all. Nearly 90 percent of Israel's total income tax revenue is earned by just 20 percent of the population."

And it gets worse. Compared to other OECD countries, Israel's productivity has been lagging behind the developed world for four decades. The education sector is just as bad complains Ben-David: "Many of our schools are at the same level as developing countries — and half of our students attend such schools."

The reason why Israeli universities continue to be the world leaders in research lies in the fact that the country is still benefiting from the investments and development work done by the 'pioneer generation' after independence, according to Ben-David.

The rents in metropolitan Tel Aviv and Jerusalem are becoming almost unaffordable for ever more Israelis. And since the country is so small, you can't just move to the periphery and commute to work. For decades, little was invested in infrastructure. A public rail transport system is barely a shell and roads are clogged.

The army as innovator

Of the estimated 5,000 startups in Israel, around 300 specialize in IT security. And many founders of these cyber security companies, like Argus, Check Point, and Cyber ​​Ark spent their compulsory three-year military service in the elite Unit 8200. This secret intelligence body which operates hacker groups is rumored — among other things — to have been behind the Stuxnet attack on Iran's nuclear research infrastructure in June 2010.

Another typical Israeli story is that of Amitai Ziv. He was a fighter pilot during his time in the Israeli army. After completing military service, he studied medicine and became a doctor. Through his experience training in flight simulators, he came up with the idea to also train doctors and other health care professionals through simulated emergencies.

"In US hospitals alone, 100,000 patients die each year from the wrong treatment, the administration of the wrong drugs, or medical malpractice," explains Ziv. Lives which could be saved if there was more training.

His Israel Center for Medical Simulation (MSR), is located at the Sheba Medical Center at Israel's Tel Hashomer hospital in eastern Tel Aviv. Its reputation has grown and MSR is now well known beyond the borders of Israel and trains surgeons and cardiologists from the US as well as Palestinian, European and African emergency physicians, surgical staff or nurses.

According to government figures, about 5 percent of country's economic output is put back into research and development. But if Ben-David had his way Israel would also start to roll up its sleeves; it is essential if the country wants to keep up internationally in the future.

In the 1950s and 1960s, Israel was a country of poor immigrants; nonetheless universities with research institutes were founded and roads were built.

"In 1973, we had seven universities with leading research institutes. Since then more than four decades have passed and the population is more than two and a half times the size it once was. The country is much richer, gross domestic product per capita has more than doubled. Yet no additional research university has been founded, "criticizes Ben-David.

To keep the country's current high standard of living, many economists point to the need to invest in education. "Research universities are the key to our future prosperity. This is something that the founders of Israel understood, but it looks like the government of Israel has forgotten this lesson."