The world at 3 degrees: What it means for five cities | Environment| All topics from climate change to conservation | DW | 15.11.2017

From rising sea levels to megastorms and drought, how five cities around the world will face their own struggles to adapt to a warming planet.

Shortly before climate change talks kicked off in Bonn, the United Nations warned that the latest global warming projections point to a  3.2 degree Celsius (5.8 degree Fahrenheit) increase by 2100 — far above the goal of the Paris Agreement to limit temperature rise to 2 degrees Celsius or preferably 1.5 degrees Celsius.

As countries determine the world's climate future at the COP23 talks, the question remains: What would a warmer world actually look like?

Global warming is just that — global. But the impacts will vary from place to place. DW takes a look at what 3 degrees would mean for five very different cities. 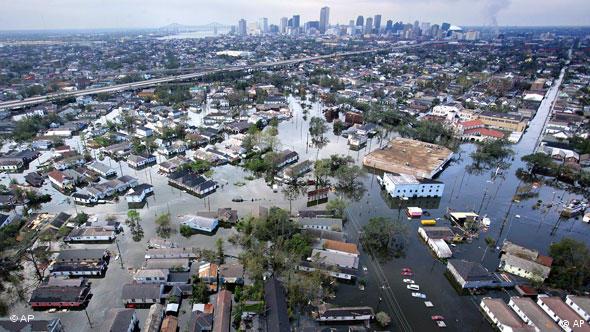 Recovering from Katrina has meant not just dealing with the hurricane's aftermath, but also preparing for the next one

In the event of a 3 degree rise in the global temperature, New Orleans' future looks uncertain.

The relationship between climate change and storms is only just beginning to be understood, but rising sea levels and warmer sea surface temperatures mean New Orleans is likely to experience more Hurricane Katrina-like weather events by the time the century is out. 2017's unusually hyperactive hurricane season may be a worrying harbinger of things to come.

Bridget Tydor is a Senior City Planner at the Sewerage and Water Board of New Orleans (SWBNO) and a member of the ICLEI US People's Delegation to COP23. She told DW the city is working hard to maintain levees and be ready to evacuate huge numbers of people.

"As we've seen and learned, defense or mitigation of disasters is not the only piece of the puzzle," she says. "We also have to adapt and have more sustainable buildings and infrastructure to withstand more intense rain events, or even hurricanes." 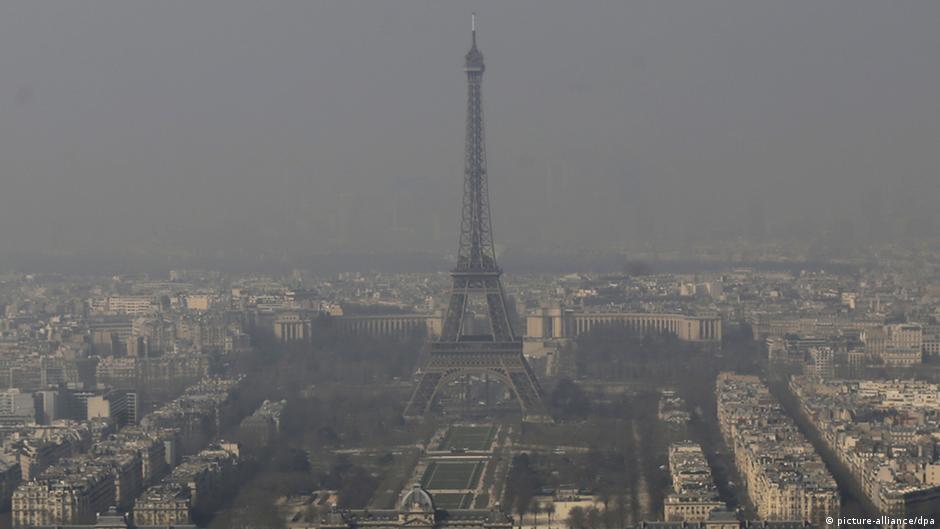 A 3-degree temperature rise would make heat waves far more common — including the birthplace of the Paris Agreement.

Recent analysis by the World Weather Attribution (WWA) suggests summer temperatures over 40-degrees Celsius could be the norm across Europe by 2050.

But big cities like Paris also have to contend with air pollution, which is exacerbated by prolonged hot spells — and vice versa. A 2017 study found a combination of heat waves and particle pollution exacerbate one another, posing a significant risk to human health.

We don't even have to wait for the end of the century to see the impact extreme hot weather can have in urban hubs. France was hit especially hard by the 2003 European heat wave, with Paris recording an excess death rate of 141 percent. More recently, this year's "Lucifer" heat wave made headlines across southern Europe.

Paris is already planning for a much warmer future, starting with a ban on diesel vehicles in the city center by 2030. 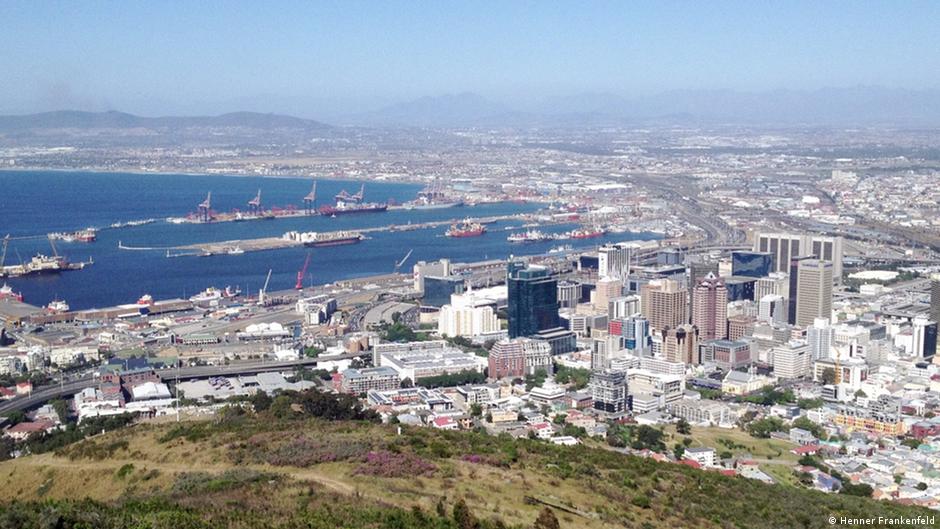 Cape Town is an attractive location to move to, but will it stay that way as water runs out?

As temperatures rise, so too does the risk of drought — not only in naturally arid regions, but also those that rely on seasonal rainfall.

Cape Town is currently in the midst of its worst drought in 100 years. Johannes Van Der Merwe is Cape Town's mayoral committee for finance member at COP23. He told DW the city is responding to the current crisis by building more aquifers and desalination plants, as well as restricting water use, but water scarcity is something it will need to adapt to in the long term.

"When I left Cape Town about a week ago, the dam levels were at 38 percent," he said, "We often talk about [this being] the 'new normal.'"

The city's growing population will only make things more difficult. The Cape Town Municipality is currently home to 3.7 million people, but the population is growing 3 percent per year.

"You can be a well-governed and safe city, but if there is no water then you have a problem," Van Der Merwe says. 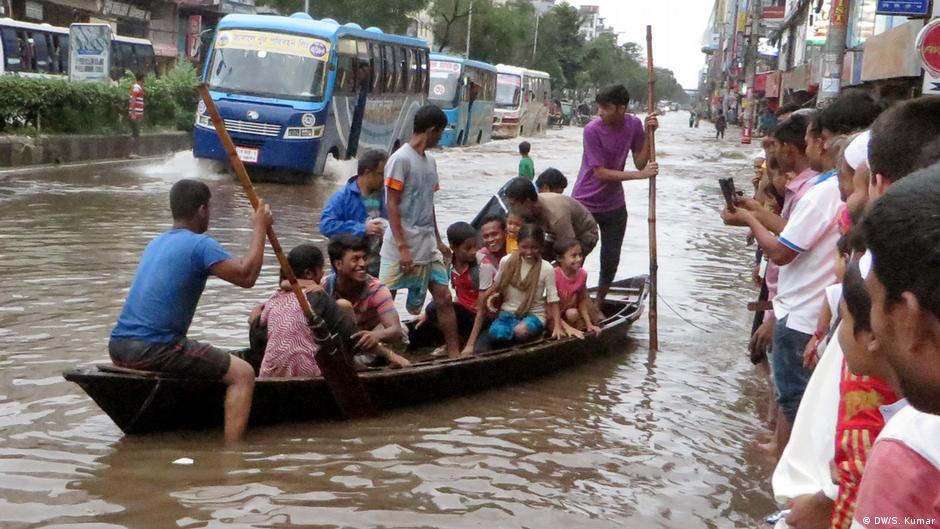 Dhaka is no stranger to flooding, but global warming is putting the city under increasing pressure

With a population of 14.4 million, Dhaka is the fourth most densely populated city in the world. And it's also one of the most vulnerable to rising sea levels.

A global mean temperature increase of 3 degrees Celsius would cause the oceans to rise by  2 to 4 meters within the next three centuries. But a 2013 analysis, shows high tides in Bangladesh are rising at least 10 times faster than the world average, implying a 4-meter rise by 2100. That would drive at least 15 million people from low-lying rural areas into cities like Dhaka.

"Definitely Dhaka is very vulnerable to climate change and needs to be prepared," he told DW. "What happens in Dhaka will also depend a great deal on what happens elsewhere in Bangladesh. If things start going down [hill] then obviously people are going to start migrating to Dhaka and that's going to worsen the situation."

Dhaka itself is barely 4 meters above sea level, and high poverty rates mean it has limited capacity to adapt to climate change. "It is difficult to plan ahead given the limited resources the government has right now," Mani says. 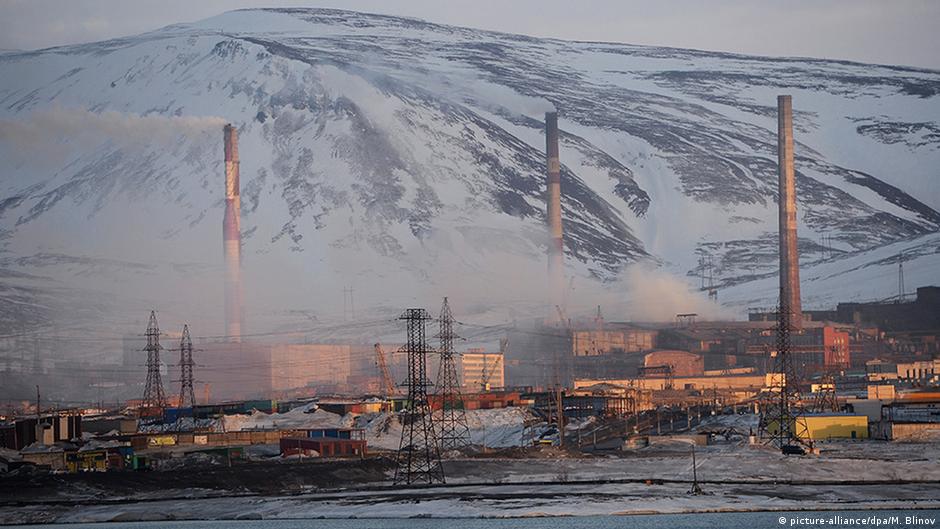 Melting permafrost is an often-overlooked symptom of climate change, but its impacts are already being felt in some of the world's more northerly cities.

A 2016 study revealed that cities in Siberia built on top of permafrost — soil or sediment which is frozen for more than 2 consecutive years — are in danger of literally collapsing due to global warming. Norilsk in Russia, the world's northernmost city with a population over 100,000, is situated in a continuous permafrost zone.

Studies have shown that Arctic Russia is warming faster than the rest of the world by as much as 2.5 degrees. At that current rate, the overall bearing capacity of buildings in Norilsk may be reduced by as much as 75 to 95 percent by the 2040s.

Residents are already reporting a sudden increase in damaged or cracked buildings as the ground beneath them gradually thaws.

Developing countries like Bangladesh bear the brunt of climate change. DW talks to climate expert Saleemul Huq about what the global community must do to help them adapt — and why he's optimistic about this year's COP. (14.11.2017)

Climate research shows that the death toll from European weather disasters may increase 50-fold by 2100 if no action is taken to curb carbon emissions. Heat waves will account for 99 percent of weather-related deaths. (05.08.2017)

Beijing has topped the list of cities with the most polluted air. But this week the smog in Paris has gotten so thick that the French capital has called for a driving ban for the first time since 1997. (17.03.2014)