Who does Bangladesh bill for climate impacts? | Environment | All topics from climate change to conservation | DW | 14.11.2017

Developing countries like Bangladesh bear the brunt of climate change. DW talks to climate expert Saleemul Huq about what the global community must do to help them adapt — and why he's optimistic about this year's COP. 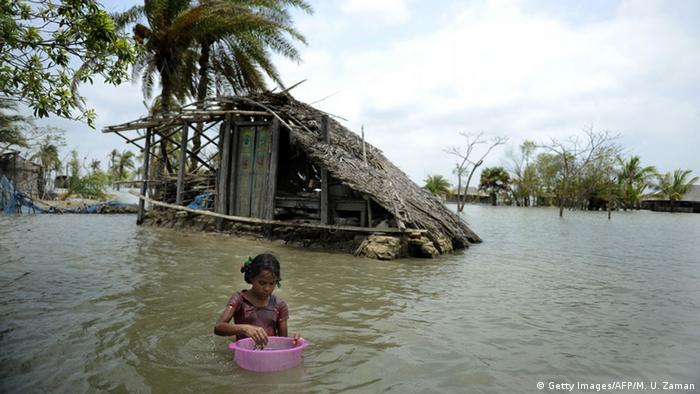 Saleem Huq: There is money available, particularly in the Green Climate Fund, which is not reaching the Least Developed Countries even though they have projects that are ready to be funded. One of the things that we hope will be achieved here at COP23 is some level of cooperation between the Green Climate Fund, who has the money, and the Adaptation Fund and the Least Developed Countries Fund, who have projects but don't have money. 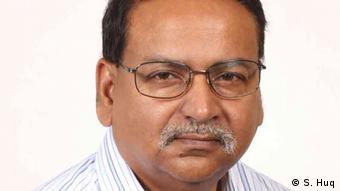 Saleemul Huq is a veteran of the COP climate summits

There is money Green Climate Fund and they do pay it out. Why is it not reaching smaller developing countries?

The Green Climate Fund has been newly set up, so it's taken time to get off the ground, recruit people and get their act together. And at the same time, they have done, what I feel is the wrong priority, which is putting in place very onerous and difficult paperwork that takes an enormous amount of time. It's particularly difficult for the poorer countries. So the money that is going out is going out to the bigger countries. It's going out for mitigation, not for adaptation, and the most vulnerable are not getting their projects through.

Bangladesh was one of the first countries to have a climate action plan and has also raised funds domestically. How is that working?

When the first scientific studies were done, we realized that Bangladesh was extremely vulnerable. Since then, the government of Bangladesh — the people of Bangladesh — have invested huge amounts of funds of their own into a climate change trust fund, a climate change strategy and action plan. We have been implementing hundreds of projects on adaptation at the grassroots level, at the national level. And as a result, the people of Bangladesh have gone up a learning curve, and I would say they are now probably well on the way to being the most adaptive country in the world.

What difference has that made?

I'll give you one example. We've had cyclones in Bangladesh for many, many years. In 1970 we had a cyclone that killed over 300,000 people. In 1991 we had one that killed over 100,000 people. Since then, we have put in place a very sophisticated and very effective cyclone warning system from the satellites to local people on the ground. We've built shelters all over the coastal areas. Everybody is now within a few hours of a shelter. 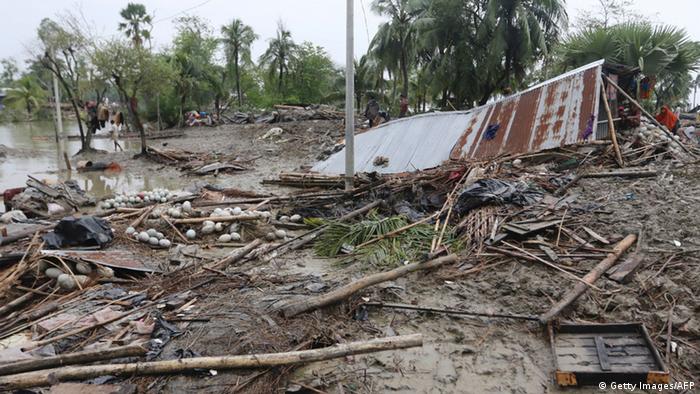 In the last the last decade we've had two major cyclones of similar size. The death toll was less than 2,000 in each case. Those were all fishermen who were out at sea and didn't make it back to land. We can now successfully evacuate 2 million people. That's probably one of the most effective cyclone early warning and protection systems in the world.

Rich countries have been reticent on Loss and Damage because of the argument from developing countries that, well, you caused climate change while we bear the brunt of it — you ought to pay for the damage. Now the impacts seem to be felt everywhere, do you think the discussion might change?

I hope so. I think there's realization that loss and damage occurs everywhere, including the rich countries, and the need to support and provide compensation for it with — not necessarily accepting liability, but providing some support — is generally getting more accepted.

Just to give you the example of the United States of America: The state of Texas, the state of Florida and the territory of Puerto Rico have collectively done an assessment of the loss and damage that they have suffered from three hurricanes. And it's well over 300 billion dollars. They are sending the bill to the US Congress and the US Congress will deliberate and give them something, if not 300 billion, to reconstruct after the damage that has occurred. Who does Bangladesh send the bill to? Somebody should be there to also accept our bill, and think about how much they can give us. And that's the global community and the UNFCCC. 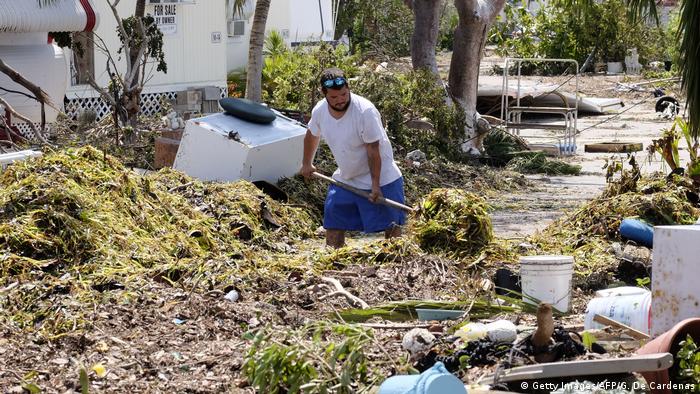 Germany has proposed the InsuResilience scheme to provide some 400 million of the world's poorest people some kind of basic insurance if a climate event hits. You've said that's not enough — why?

It sounds, in principle, very good. If I am not mistaken, [German] Chancellor [Angela] Merkel made this promise a few years ago. They haven't got anywhere near 400 million. These are all still plans and discussions, and a pilot here and there. I would be very skeptical that they will actually reach 400 million poor people.

What else should be done?

Well, then you have to think of other forms of support, not just insurance. And there's a huge amount of experience in social protection, in helping local communities. A lot can be done with limited resources ­— educating and capacitating girls, boys, women, providing drinking water in the dry lands and saline-prone coastal areas. There are many, many kinds of adaptation interventions that can be supported without insurance. And then if there is potential loss and damage after the event occurs, then we need to think about how those funds can then be provided as well, in terms of compensating people.

There was an old argument that developing countries should develop before going green. That's changed. What role do renewables now play in these countries? 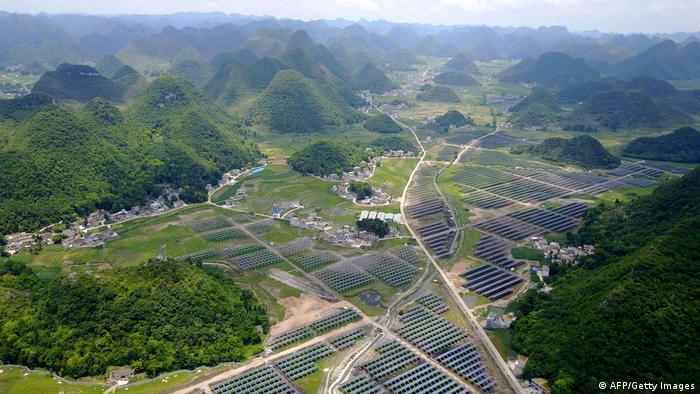 That has changed completely. China is now getting rid of coal and going into the renewable era faster than any other country. India's doing the same, Bangladesh is doing the same. The developing world are not going to get stuck in fossil fuel investments — some are already in the pipeline but they will not continue beyond a few that are going to take place over the next decade or so. But over the next decade, we will certainly make a transition out of fossil fuels and to a renewable future.

You have attended each of the 23 COPS, and you haven't always been so optimistic. What's changed?

Firstly, the Paris Agreement. We now have a universal agreement of all countries out there. Even if [US President Donald] Trump is not there, the United States is still there — the people of the United States. We need to do more. But everybody is taking action except Mr. Trump, he's the sole person who wants to go backward. And that has galvanized action around the world.

The other reason for optimism relates to COP. The emphasis and the importance have shifted from the negotiators negotiating to the people doing things. Negotiation it is a zero sum game — if I give you something, then I've lost something. But it's not like that. This is really a win-win for everybody. The solutions to deal with climate change are very often the same solutions that deal with feeding the world and taking care of poverty. These are all doable.

Saleemul Huq is director of the International Center for Climate Change and Development in Bangladesh and a senior climate change fellow at the International Institute for Environment and Development. He was the lead author of the chapter on Adaptation and Sustainable Development in the third assessment report of the Intergovernmental Panel on Climate Change (IPCC), and of the chapter on Adaptation and Mitigation in the IPCC's fourth assessment report.

The interview was conducted by Anke Rasper. It has been condensed and edited for clarity.

Taking action against corruption, and for climate protection

In Bangladesh, money earmarked for climate protection is often vanishing due to corruption and mismanagement. Transparency International wants to add clarity and ensure a change. (07.11.2017)