Millions of people remained without power supplies after Hurricane Irma hit the Caribbean and Florida. As some locals feared lawlessness, British, French and Dutch diplomats headed to the Caribbean to rebuff criticism. 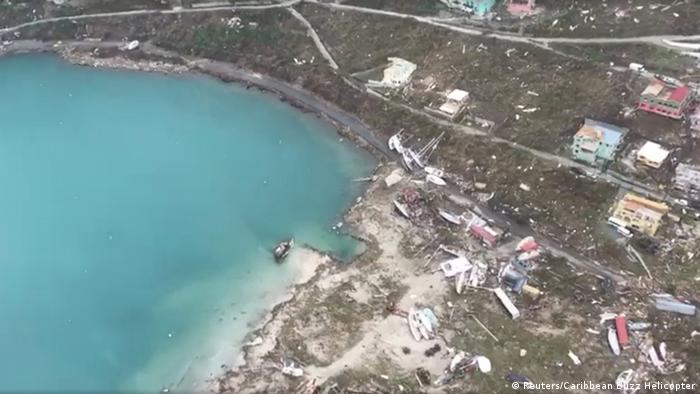 In the US, five million homes, organizations and businesses in Florida remained without power as night fell on Tuesday.

The Federal Emergency Management Agency said that based on initial estimates, on the Florida Keys chain of islands at the southern tip of the state, 25 percent of houses had been destroyed and a further 65 percent had suffered major damage. Every home has been impacted in some way by the storm.

Authorities have prevented people returning to their homes on the Keys to allow more time to restore services. Some 10,000 residents stayed in their homes when the storm hit and officials said they may need to be evacuated.

Utility companies are focusing on restoring services to schools, hospitals and other infrastructure. There are hopes that power will be restored on the eastern side of Florida by the weekend. 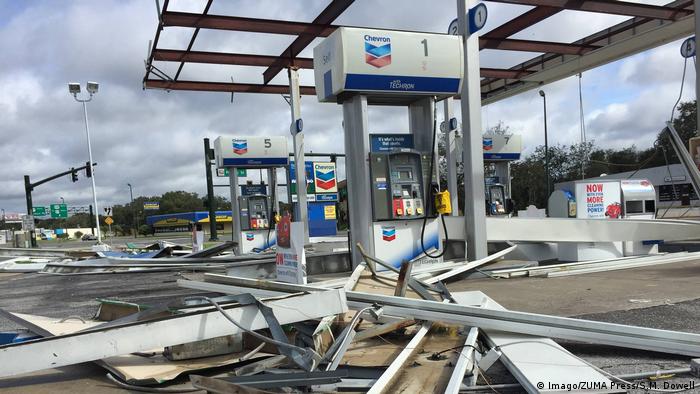 Irma caused widespread destruction and power outages in the southern US, including here in Florida

The UK parliament was told Tuesday that a prison breach posed a threat to the hurricane-hit British Virgin Islands after a hundred inmates escaped.

"We had a serious threat of the complete breakdown of law and order in the British Virgin Islands (BVI)," Foreign Office minister Alan Duncan told parliament. He did not disclose how many prisoners were still at large. A night-time curfew has been imposed.

British marines were deployed on Friday, with reinforcements over the weekend making a total of about 1,000 British troops in the region.

"We have maintained and kept law and order on the BVI, which at one point, could have dramatically threatened the already unfortunate plight of those who had been hit by the hurricane," Duncan added.

Irma is believed to have killed 43 people in the Carribbean and at least 13 in Florida, Georgia, and South Carolina.

Meteorologists are now monitoring Hurricane Jose which is still in the Atlantic, some 700 miles (1,130 km) west of Florida.

Many of the Caribbean islands hardest hit by Irma are overseas territories of France, Britain and the Netherlands. The US Virgin Islands were also badly affected. As the countries sent troops to deliver aid and provide security, some locals and tourists who were left short of food and shelter said help was slow to arrive and raised concerns about looting and lawlessness.

"Even from the plane I saw something I have never seen before," Dutch King Willem-Alexander told public newscaster NOS. "I have seen proper war as well as natural disasters before, but I've never seen anything like this."

British Foreign Secretary Boris Johnson and French President Emmanuel Macron visited their countries' respective disaster-hit territories on Tuesday. Johnson refuted claims made by locals and tourists on the British territories that the UK had done less to evacuate its citizens than other nations, saying the government was responding to an "unprecedented catastrophe." 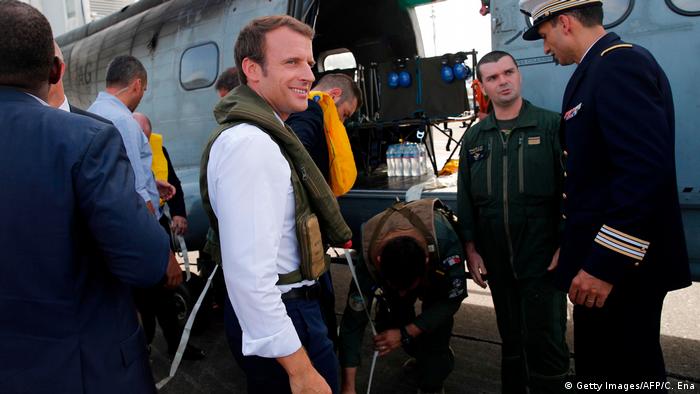 On the joint-French-Dutch island of St. Martin, Macron was also met by a number of angry, jeering locals, amid reports of violence and lawlessness on the island. Residents reported that local gangs armed with machetes had arrived on the French side of the island to take advantage of the devastation, leading to shortages in the supply of food and water.

The French president vowed to cut through red tape to quickly rebuild the French Caribbean islands, denying that authorities were too slow to react. He said 50 million euros ($59 million) would be made available as soon as possible. 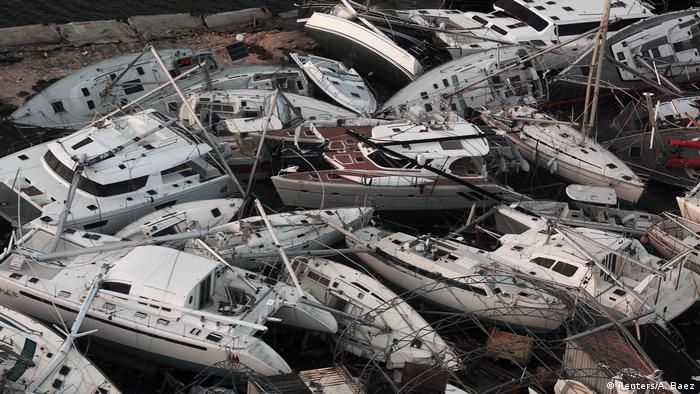 Hurricane Irma has continued to pack 300 kph winds as it moves across the Caribbean toward Florida. The record-breaking storm has battered the Bahamas and Cuba, while Hurricane Jose followed in its path. (08.09.2017)

Hurricane Irma's path of destruction up Florida's Gulf Coast on Sunday threatens to disrupt a thriving state tourism industry worth more than $100 billion annually just months ahead of the busy winter travel season. (11.09.2017)