Is the world prepared for climate refugees? | Environment | All topics from climate change to conservation | DW | 03.11.2017

Is the world prepared for climate refugees?

Senior US military experts say the effects of climate change could cause a migration wave of 20 million climate refugees over the next 20 years. But climate risk insurance schemes could prevent it. 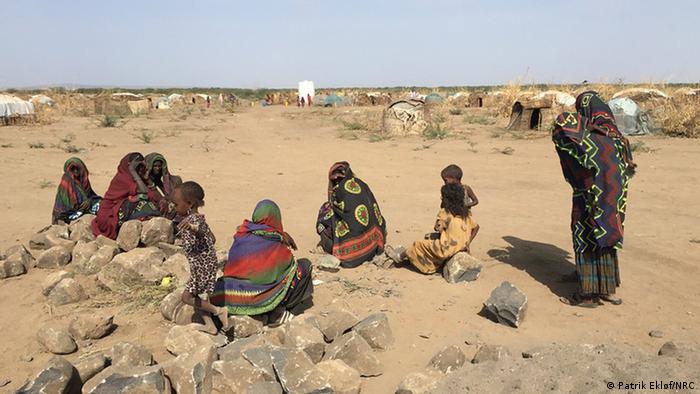 Days before the climate change summit in Bonn, a new report warns that failure to stop climate change will force tens of millions of people from their homes.

The report from the Environmental Justice Foundation, based on interviews with senior US military and security experts, concludes that climate change will create far more refugees than have fled the Syrian civil war.

The EJF is calling on the delegates in Bonn to create a global climate risk insurance framework to protect climate refugees.

"In our rapidly changing world, climate change — and its potential to trigger both violent conflict and mass migration — needs to be considered as urgent priority," says Steve Trent, executive director of EJF. 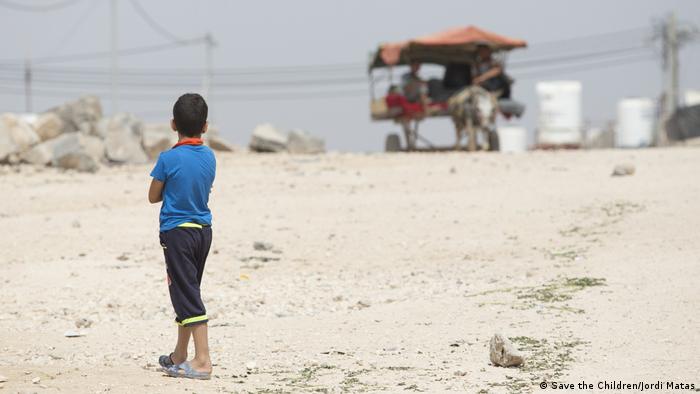 The report highlights the situation in the Middle East and Africa, including the worst drought to hit Syria in 900 years. It caused farmers to lose their livestock and livelihoods, which were desperately needed in the context of the war. The report notes that 1 million Syrians were already on the move because of the drought before a single gunshot was fired in the conflict.

The report says such events will spread to other parts of the world. And the hurricanes that have affected the United States this year show richer nations are not immune to the effects of climate change.

"What we are talking about here is an existential threat to our civilisation in the longer term," US Military Corps Brigadier General Stephen A. Cheney told EJF. "In the short term, it carries all sorts of risks as well and it requires a human response on a scale that has never been achieved before."

"If Europe thinks they have a problem with migration today, wait 20 years and see what happens when climate change drives people out of Africa — the Sahel especially."

A separate report released this week by Oxfam details some of the displacement that has already happened because of extreme weather events. It found that between 2008 and 2016 an average of 21.8 million people per year were newly internally displaced by sudden-onset extreme weather disasters.

Such instances include the destruction wrought by Cyclone Pape in Vanuatu in 2015, and Cyclone Winston, which displaced more than 55,000 people in Fiji in 2016. Fiji, which is hosting this year's climate summit in Bonn, lost around a fifth of its GDP as a result of the storm. 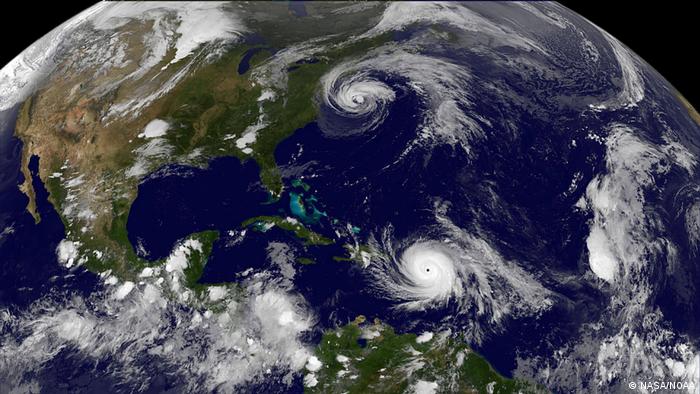 Worsening hurricanes in the Atlantic could drive increased climate migration

Insurance against climate change-related weather events already exists. In 2015 at a summit in Elmau, Germany, the G7 group of wealthy countries set up an initiative on climate risk insurance for vulnerable areas of the world, covering around 400 million people. The objective is to stimulate the creation of effective climate risk insurance markets that could function on their own.

InsuResilience, an initiative of the German development agency GIZ, based in Bonn, is carrying out the G7's plan. It is running programs to establish climate risk insurance markets across the world.

The insurance would help people rebuild after climate-change realted weather events that result in loss of life, livelihood and assets. The goal is to make sure those people stay put and do not become climate refugees. Rapid emergency assistance and reconstruction is provided by the schemes. 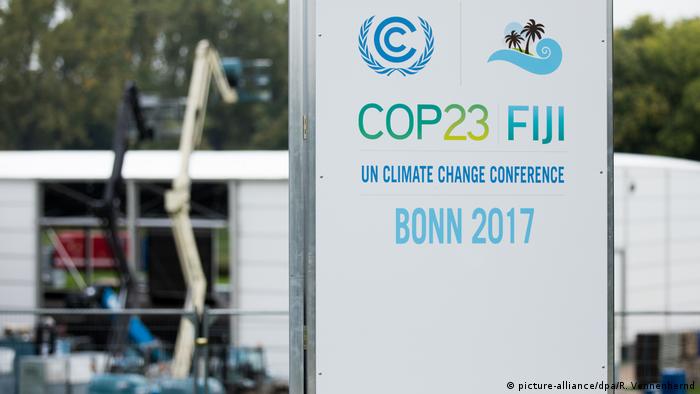 The German government has been a leader in pushing for these programs. Last year the German Development Ministry invested around €2.8 billion in international climate protection and adaptation.

A spokesperson for the ministry told DW that during the Bonn climate summit, Germany will push for a global partnership for climate risk insurance.

"Increasingly, climate change will also influence flight movements," said Gerd Müller, Germany's minister for economic cooperation and development. "Because where grass can no longer grow ... or where the rising sea level has flooded coastal areas, people will have to find a new home."

Although the COP23 summit is not being held in Fiji (the Fijian government is presiding over the meeting, which is being held in Bonn for logistical reasons), the country intends to leave its mark on this year's summit by stoking the idea of climate risk insurance.

The new testimonials from military experts may convince other delegations that the time has come to establish more such schemes.

DW Akademie trains journalists around the world so they can report on a variety of topics, including climate change and environmental issues. (03.11.2017)

International climate agreements are hard-won through laborious negotiations and COP23 will be no different. The event may be taking place in Bonn, but Fiji's presidency sends a clear signal to the likes of Donald Trump. (03.11.2017)