As the COP23 climate conference in Bonn prepares to open, leading researchers have warned of the greenhouse effect with increasing urgency. Despite the scary facts, we must not lose heart, says DW's Jens Thurau. 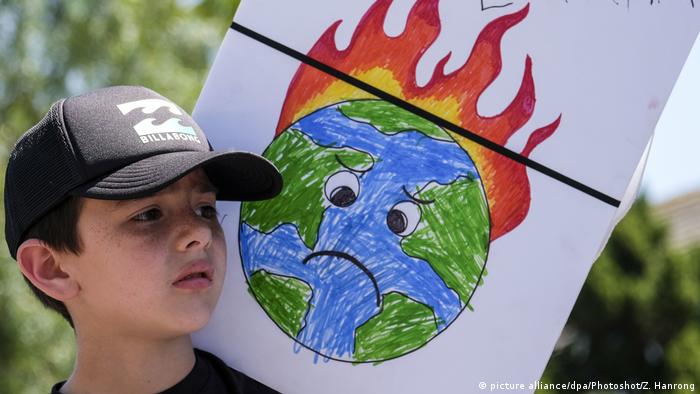 If you're still looking for proof, here it is. Again, just days ahead of the UN Climate Change Conference (COP23) in Bonn: In 2016, the concentration of the greenhouse gas carbon dioxide in the atmosphere has increased more markedly than ever before, according to the UN World Meteorological Organization (WMO).

On top of that, the UN Environment Program (UNEP) warned in its October 31 "Emissions Gap Report" that the global temperature is likely to rise 3 degrees Celsius (5.4 Fahrenheit) by 2100 rather than be limited to 2 degrees or under, a stated goal of the 2015 Paris Accord. The world's 250 biggest companies are responsible for a third of greenhouse gas emissions around the globe, with firms in India, Russia and the US topping the list, analysts at "Thomson Reuters Financial & Risk" point out.

Drastic figures, to be sure. But do we really need more obvious proof of the consequences of climate change? Or proof of its very existence for those stubbornly denying it? The Intergovernmental Panel on Climate Change (IPCC) was founded 29 years ago, and ever since, hundreds of experts from the fields of meteorology, oceanography, social sciences and agriculture have been merging their research under its auspices.

The experts have long been saying that climate change is man-made, that it is moving along at an increasing pace, and that the measures we are taking to combat it are not adequate.

At least the scientists' warnings have convinced more countries to take first steps to counter the greenhouse effect. Unlike previous years, emerging markets like China and India no longer insist that the western industrialized nations are responsible for climate change, so they should be the ones who have to fight it. At least these countries are now pitching in.

The US has shown that the opposite is possible, too. President Trump is immune to expertise of any kind. Governors are busy pursuing renewable energy, entire cities and regions disagree with their president, but to no avail — Trump has turned his back on the 2015 Paris Climate Accord, which is actually no more than a summary of national climate plans. Not enough, but it's at least something. But as far as Trump is concerned, even that goes too far. This US president won't be won over to environmental politics.

Paris: A ray of hope

Trump's ignorance aside, the international community has no reason to bury its head in the sand. The Paris accord is a solid foundation, renewables are on the rise worldwide and many investors are withdrawing their commitments to fossil fuels. Also, global emissions have not increased over the past three years. It's a slim ray of hope.

Despite all scientific findings, however, the main problem remains the same: established political patterns get in the way of stringent politics to curb climate change, particularly in the main emitter countries.

The transition to non-fossil fuels is tedious, scares off voters, and restricts people in their daily habits. There's no visible success within the span of a legislative period. That is why precise climate protection policies remain an arduous business, as well as an international task.

Don't give up now!

Alarm over new, shocking figures and findings is pointless. The stage is set for the fight against climate gases, there's sufficient awareness, and the paths are prepared. Despite all the devastating news, this is not the time to give up.

France vows to get international support for Lebanon 1h ago

US resolves fraud charges against Huawei executive Meng 1h ago

Carles Puigdemont released after arrest in Sardinia 3h ago