Ricardo Rossello, governor of the US territory, has called for "swift action" to help with the recovery from devastating Hurricane Maria. Many US citizens on the island are without adequate food, water or fuel. 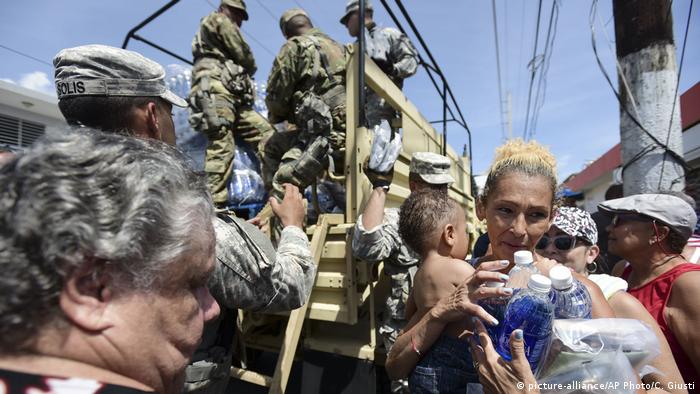 US federal aid is only arriving slowly and there are long lines at supermarkets and gas stations on the island.

"We need to prevent a humanitarian crisis occurring in America. Puerto Rico is part of the United States. We need to take swift action," Governor Rossello said at a press conference in the capital San Juan on Monday. Hurricanes Maria and Irma killed 16 people on the island and many of its 3.5 million US citizens are still without adquate supplies of water, food or fuel. 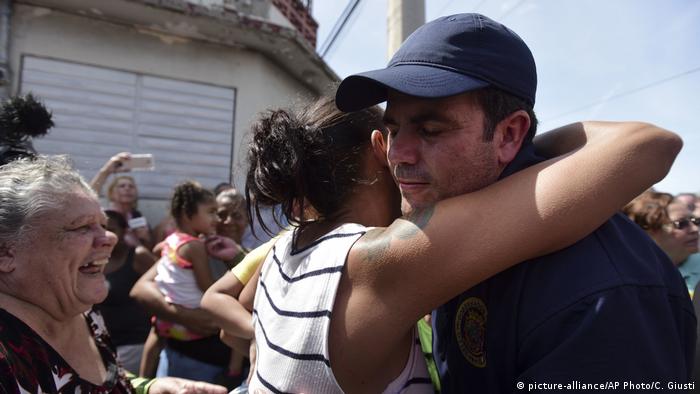 "The magnitude of this hurricane and the two we passed is unprecedented," Rossello said, adding that Puerto Rico was already in a dire economic situation, with government debt of more than $70 billion (59 billion euros).

In a tweet, US President Donald Trump made reference to the debt, as he admitted that Puerto Rico was in "deep trouble."

"It's [sic] old electrical grid, which was in terrible shape, was devastated. Much of the Island was destroyed, with billions of dollars owed to Wall Street and the banks which, sadly, must be dealt with," Trump wrote on Twitter. "Food, water and medical are top priorities - and doing well. #FEMA," he concluded, referring to the US Federal Emergency Management Agency.

The Puerto Rico government applied on Monday for a four-week extension to meet key deadlines in its bankruptcy case, after the hurricane wrecked the island's already fragile infrastructure. Almost all the telecommunication networks were destroyed in the hurricane.

When Hurricane Maria made landfall last Wednesday it wiped out most of the island's agricultural crops; plantain, banana and coffee crops were the hardest hit. Landslides in the mountainous interior took out many roads. Power outages and disruption to the supply chain have badly affected the farms which did survive.

FEMA chief Brock Long appeared alongside Rossello and said the agency was "working around the clock" to repair crucial infrastructure and save lives. "We got a lot of work to do, we realize that," he said. FEMA said it had more than 700 staff on the ground in Puerto Rico and the US Virgin Islands.

The leading Democrat on the House Armed Services Committee, Representative Adam Smith, denounced the Trump administration's response to the situation as "wholly inadequate."

"A territory of 3.5 million American citizens is almost completely without power, water, food and telephone service, and we have a handful of helicopters involved in DOD's response. It's a disgrace," Smith said. 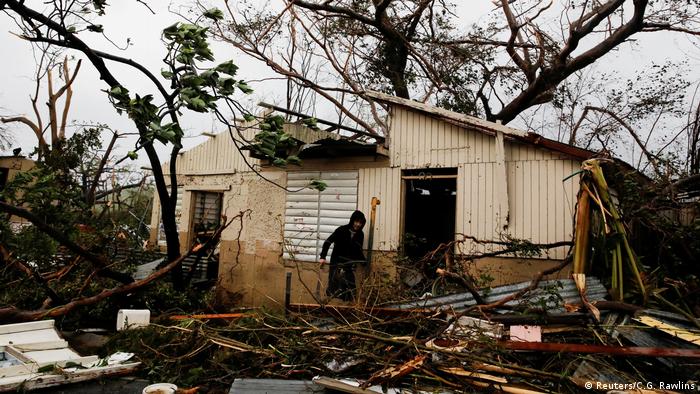 One of the houses damaged by Hurricane Maria

Florida Senator Marco Rubio reported after his visit to the island: "Tremendous damage. Potential for serious crisis in areas outside of #SanJuan MUST get power crews in ASAP."

While Trump spoke to Rossello by phone over the weekend, it was only on Tuesday that president announced he would visit the devastated US territory on October 3.

Hurricane Fiona has hit Canada's Atlantic coast with strong rains and wind after brushing past Bermuda. Weather experts have said it could become one of the most severe storms Canada has ever seen.