The perils of plastic

Plastic bags should be banned by 2020, according to a new resolution from the European Parliament. Why is plastic waste such a problem? And what ideas are on the table? DW takes a closer look. 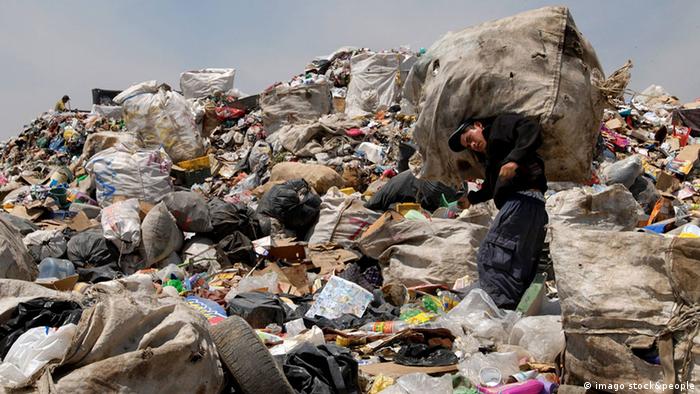 The European parliament has sent its strongest signal yet that it wants to get serious about drastically reducing plastic waste across the bloc.

Lawmakers gathered in Brussels yesterday (14.01.2014) voted in a resolution to take further action on a European Commission green paper. Under consideration is a ban on certain plastic bags in the EU by 2020. 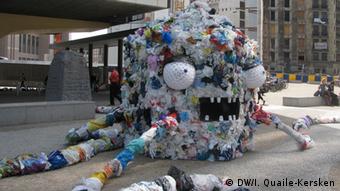 Vittorio Prodi, who presented the European strategy on plastic waste to Parliament, said that a change in European policy "will help to clean up our (European) seas and land, while creating more job opportunities."

Although the vote means that Europe is moving in the right direction, the problem of plastic waste, especially in seas and oceans, remains a problem in Europe and around the world.

90 percent of Buenos Aires' waste ends up in landfills. Thanks to trash collectors, at least some of it gets recycled. The city government now finally tries to comply with its own zero garbage law, passed in 2008. (19.07.2012)

The European Commission has unveiled a proposal aimed at drastically reducing the use of plastic bags. Some EU states have already made great strides in this direction. (04.11.2013)

The millions of plastic bags given to shoppers in Jamaica pose a major environmental hazard as they litter the streets or are burned in the trash. But one poor farming community is turning the trash into treasures. (27.12.2013)

Despite having grown up in a slum littered with rubbish, Lorna Ruto is passioniate about the environment. Now her passion has become her business, turning plastic waste from Kenya into something useful - fence posts. (15.10.2013)

More and more beverage producers around the world are turning to bioplastics to bottle their products for both economic and environmental reasons. But, plenty of challenges remain. (24.07.2013)

Plastic bags not only clutter up the city, but also pose a threat to animals which eat them while foraging for food. Now, Delhi wants to put a ban on them, again. But over 20,000 people risk losing jobs due to this ban. (31.10.2012)