The fight against floating garbage | Environment | All topics from climate change to conservation | DW | 13.04.2013

A plastic bag is usually used for less than half an hour - but it can take up to 500 years to decompose. Floating debris is a serious problem in the world's oceans, and experts are calling for an end to free bags. 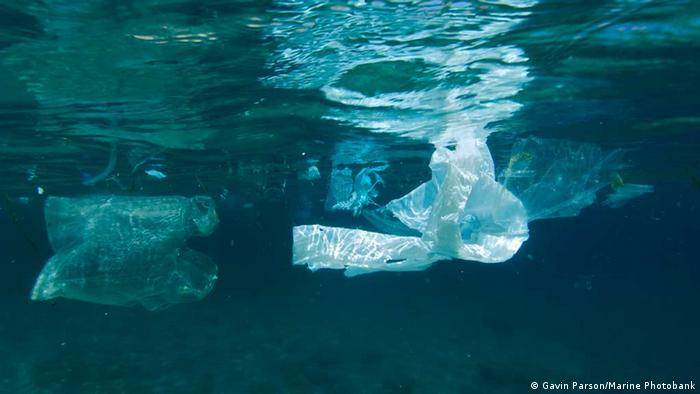 For many tourists on the world's beaches, it has become an all-too familiar scenario: they're splashing in the water when suddenly, something tickles their foot. They look down, expecting some exotic fish, only to discover a strip of plastic tangled around their toe.

A coincidence? Not according to environmental experts, who have calculated that between 100 and 150 million tons of trash are floating around the world's oceans, a rapidly increasing figure. Around 6.5 million tons of plastic are added every year. The United Nations Environment Program estimates that every square kilometer of ocean surface is covered with about 13,000 plastic particles, distributed around the world by ocean currents.

At the recent International Conference on Marine Litter in Berlin, around 200 experts discussed how the problem could be addressed. On Friday (12.04.2013), Friends of the Earth Germany (BUND) presented German Environment Minister Peter Altmaier with a manifesto signed by a number of European environmental protection organizations entitled "Seas without Plastic."

In the document, they called for a 50 percent reduction of the trash found in Europe's seas by 2020. Especially problematic are the plastic bags and tiny plastic pellets found in products like shower gels and skin peels, with the latter being so small that sewage treatment plants are unable to filter them out. 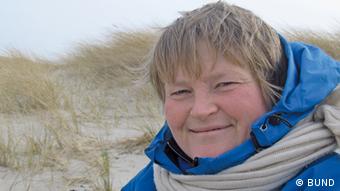 Plastic can be disastrous for sea creatures, says Ziebarth

But how do all the bags, bottles and packaging end up in the ocean? The majority, around 80 percent, is swept directly from coastal regions into the water. Open landfills in countries like England and the Netherlands allow trash to be blown out over the water and swept in to oceans by nearby rivers, said Nadja Ziebarth, a marine protection expert with BUND, in an interview with DW. Fisheries also produce trash, for example when fishing nets which have served their purpose are disposed of in the sea.

The consequences for sea creatures can be disastrous, explained Ziebarth. "The creatures don't see the trash floating in the water, get tangled up and can be severely injured and often die," she said. Tiny bits of debris can also be confused with food. "They eat the debris, but aren't able to digest it. It then stays in the stomach and, in the worst cases, these animals starve with a stomach full of plastic," she said.

Humans can also be harmed by the trash. The plastic found in fish stomachs absorbs environmental toxins which we then ingest every time we eat fish - effectively, we're being served poison on a plate. "It is omnipresent in the marine food chain," said Kim Detloff of NABU, Germany's Nature and Biodiversity Conservation Union.

Lessons from the developing world

Simple solution, then: replace the plastic bag with a shopping basket? Germany's Federal Environment Agency and environmental protection agencies have proposed exactly that. According to them, pharmacies, department stores and clothing boutiques should no longer simply hand out free bags. The Green party has even proposed charging a 22 cent fee.

This practice is already a reality in many countries, particularly those in which recycling and garbage management systems have not yet been established. There, the problem is tackled at the source, with attempts to make plastic bags more expensive or eliminate them altogether. 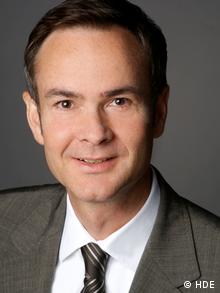 Falk doubts that a tax on plastic bags would help

In Kenya and Uganda, thin plastic bags have been banned entirely - more resistant sacks are still allowed, but are expensive. In the east African countries of Rwanda and Tanzania, plastic bags have already been outlawed for seven years, with similar bans in effect in Bangladesh and Bhutan. "It's interesting that Europe can learn from these emerging nations," said Detloff.

A barrier to commerce

Despite the progress, it's not enough for the environmental agencies. "We must absolutely reduce our plastic consumption. And that starts with product design: fewer one-time use products and more reusable products, products that can be repaired, and reduced packaging, that is crucial," said Detloff. Recycling and waste management systems must also improve, he said.

The German Trade Association (HDE) has been critical of these suggestions. "At a rate of 5.3 billion bags in Germany, that would mean an additional burden of 1.2 billion euros ($1.5 billion), in part imposed on the consumer, in part imposed on businesses," said HDE's Kai Falk, who is responsible for sustainability issues. "We doubt that that would actually reduce the consumption of plastic bags."

Every year, large areas of the Earth's surface burn, and the number of fires is increasing. Is climate change fanning the flames? Or are the fires making climate change worse? (14.01.2013)

As Japan's whaling fleet prepares to put to sea for its annual operations in the Antarctic Ocean, its arch foes from the Sea Shepherd Conservation Society are waiting just over the horizon. (23.11.2012)