German and Romanian officials have attended a memorial service for the 30,000 people, mostly Ukrainian Jews, murdered on October 22-23, 1941. The massacre has been a long overlooked page of WWII history — until now. 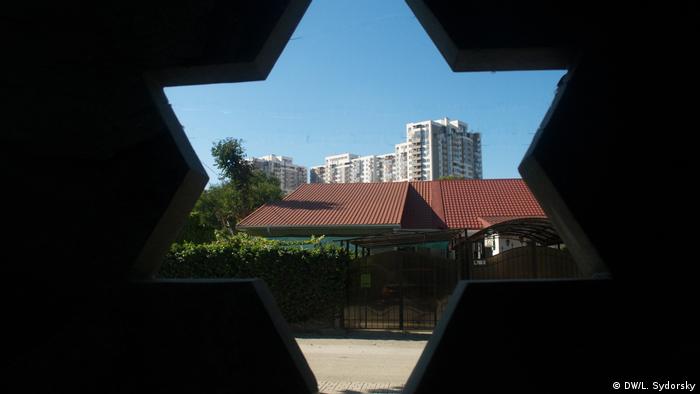 On October 12, 2018, Shalimovka, an area of new housing development on the outskirts of Odessa, was the site of an unusual event. The German and Romanian ambassadors made appearances there, and Holocaust victims' organizations traveled to take part, too. During the event, a speech from German Chancellor Angela Merkel was read aloud, the RathsChor choir from the northern German city of Bremen performed, and a rabbi from the liberal reform branch of Judaism recited a kaddish, a hymn of praise to God that is often part of mourning rituals.

This kaddish was recited for all those who died on one October night in 1941 in that very place.

Was it a memorial service that, like so many others, recalled the innumerable crimes of Nazi occupation during WWII? Not quite, for the mass murder of Odessa's Jewish population, known as the 1941 Odessa massacre, is a black hole in Western Europe's culture of memory.

Romanian and German occupiers, and Ukrainian collaborators, too, killed over 30,000 defenseless individuals — women, children, prisoners of war. No one ever took responsibility for the criminal tragedy — until now, 77 years after it took place. 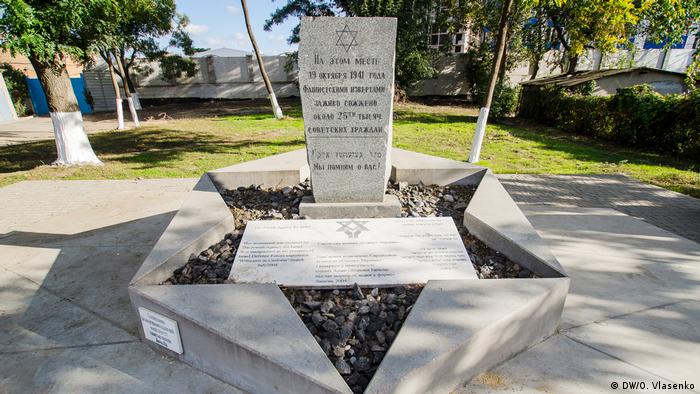 A small memorial is the only marker of the up to 30,000 people, mostly Jews, who were killed in the Odessa massacre

With the help of this center, Beck not only organized the memorial event in Shalimovka, but also motivated the official German and Romanian sides to jointly claim responsibility for the massacre. The appearance of the German and Romanian ambassadors together on the site of these horrors is a long overdue gesture — and a sensation.

The complicated initiative came about following a personal experience. "I got the idea one year ago when, much to my horror, I realized I had never heard about the so-called 'small Babi Yar' in Odessa," Beck said. Babi Yar is the site in Kyiv of a much more well-known Nazi massacre of Ukrainian Jews that took place the same year.

She had accompanied Bremen's RathsChor to Ukraine for a joint performance with the Odessa Philharmonic. At one point during the trip, the musicians and Beck got lost and ended up in the small interior courtyard of a Holocaust museum run by volunteer activists. After a visit there, the group saw the city with different eyes. Beck wrote Chancellor Merkel and quickly received her backing. 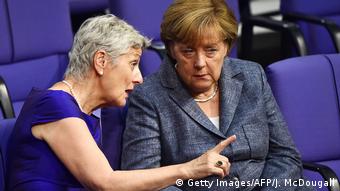 "Everything is fastidiously documented," says Pavel Kozlenko, the 48-year-old lawyer who voluntarily leads the Odessa's Holocaust Museum, founded in 2009.

Known as the "Pearl of the Black Sea," Odessa's capture was a major strategic victory. Some 250,000 inhabitants remained in the city, including some 90,000 who were Jewish.

Around 6:45 p.m. on October 22, a bomb went off in the heart of Odessa, right near Romanian headquarters. The device, which likely had been placed there before the fall of the city, killed 67 people, including 16 Romanian and four German officers.

Revenge measures were announced: For every dead officer, 200 "Bolsheviks" must be executed. For every soldier, 100. The one problem? There were no more "Bolsheviks" in the occupied city and practically no adult men at all, apart from the 3,000 prisoners of war. Odessa's males had long ago joined either the army or the partisans. Jewish civilians became the victims of the retaliation. 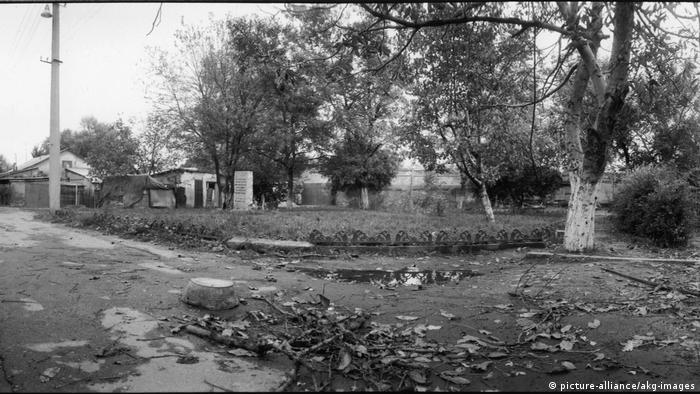 Tolbuchin Square (above) is the site of the mass execution of Jews in 1941 known as the Odessa massacre. Today, only a small memorial marks the event

The actual massacre occurred overnight between October 22 and 23. Up to 30,000 people, including the prisoners of war and many Jewish civilians, were corralled and locked into nine empty munitions depots at the edge of the city. Execution by gunfire failed; people were packed in too close to one another. Instead, the building was doused in gasoline and set on fire. Similar exterminations took place elsewhere in Ukraine over the following months and weeks.

Museum head Kozlenko describes how a special committee investigated the massacre site after the war, measuring the ground and its contents. "The number of victims could be calculated by determining the proportion of bone remains found in the ashes."

Kozlenko proudly displays the many items in his small, volunteer-run museum, which receives practically no state support. "No one bothers us about our work, but no one helps us, either."

When it comes to the Holocaust, Kozlenko believes that Ukraine lacks an official culture of remembrance. There is no state museum recalling the over 1.5 million Jewish victims. No one officially takes care of the many memorials erected by survivors after the end of the war. Volunteers and historians have identified over 1,500 execution sites. Victims were typically also buried here without any grave markers.

"Most of these places are not in city centers or towns but in outlying areas," Kozlenko says. "Sometimes it was a pig stall, sometimes a shut-down factory on the outskirts of town." 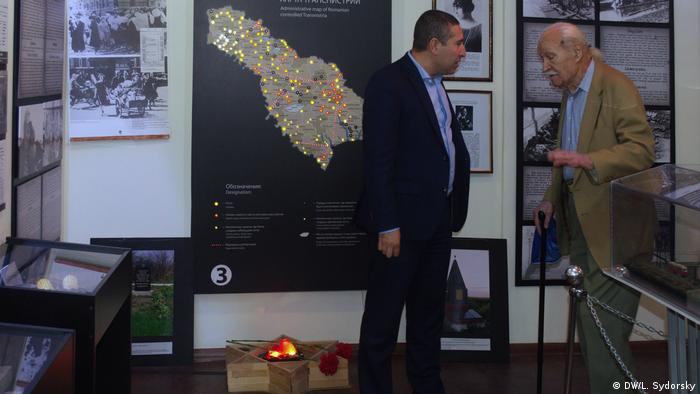 Kozlenko believes that caring for these places should be the task of the Ukrainian state, and he is surprised this isn't yet the case. "Ukraine still doesn't see the Holocaust as part of its own history, or as a tragedy of Ukrainian citizens," Kozlenko says.

He cites the American historian Timothy Snyder, an expert in the history of the Holocaust, who has pointed out how the Holocaust has become synonymous in the public perception with the industrial-scale killing that took place in places like Auschwitz that served as both concentration and extermination camps. In comparison, the "Shoah by bullets," as Snyder terms the mass shooting executions undertaken by SS and police battalions in numerous eastern European villages, remains a blank spot in Holocaust remembrance — in western as well as eastern Europe. Moreover, unlike the concentration camps, hardly anyone survived the mass shootings, meaning no one was able to pass along the story.

The Soviet rule also played a role. "In the Soviet era, the historical memory landscape was destroyed," Kozlenko says. "Jews hadn't been murdered — Soviet citizens had been." His great-grandfather had been burned to death in the munitions depot near Odessa in October 1941 — "as a Soviet citizen, but because he was Jewish."

Children's playgrounds, concrete housing complexes, urban garden allotments: A small memorial is the only thing today in Shalimovka that recalls what happened there 77 years ago. There is no mountain of shoes or glasses like at Auschwitz.

And still, "Whoever comes to this place with an open heart senses that a shudder is buried here under the asphalt," the German politician Beck says. "Germany has to make a statement in the sense of accepting historic responsibility, which in this case can only be asking for forgiveness. There is no way to make amends."

In September 1943, German Wehrmacht troops slaughtered some 5,200 Italian soldiers on the Greek isle. The massacre was a turning point in Greece and Italy's relationship, but the bloody event was downplayed for years. (22.09.2018)