The agriculture minister of Romania had to backtrack after comparing the incineration of dead pigs to Auschwitz. But he has so far stopped short of heeding calls for his resignation. 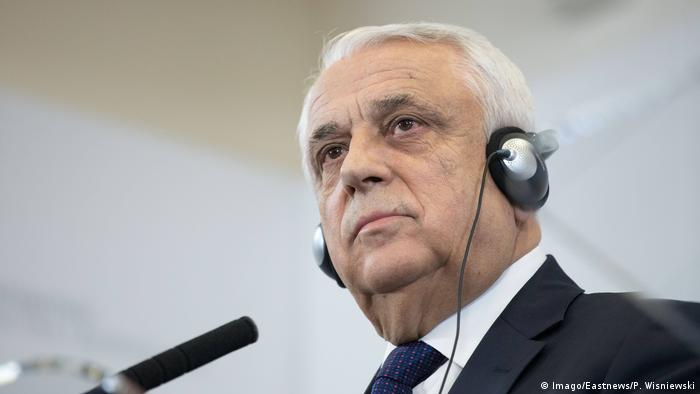 Romania's minister of agriculture, Petre Daea, said on Thursday that he did not mean to offend anyone when he compared the incineration of dead pigs to the Auschwitz concentration camp.

Speaking about the issue of African swine fever in pigs on Tuesday, in a televised interview, Daea said that in breeding grounds affected by the disease, "pigs are incinerated, it's extraordinary work, it's like Auschwitz."

African swine fever is a highly contagious disease that causes fatal hemorrhages in pigs. It is transmitted through contact with infected pigs and ticks, and by ingesting infected kitchen waste. Some 400 outbreaks of the disease have been reported in Romania's Danube Delta and near the Hungarian border.

"I respect all the members of the Jewish community and clarify that I only wished to describe the difficult situation facing Romanian breeders due to the African swine fever," Minister Daea said in a statement.

"I have never offended anyone. I just expressed my pain," he added.

Read more: Rappers Kollegah, Farid Bang in Auschwitz for 'journey into the unknown'

Calls for Daea to resign

Former Romanian Prime Minister Dacian Ciolos, who has also served as agriculture minister, publicly condemned Daea's comment, saying it was "unacceptable to compare the incineration of pigs to a world tragedy."

The social democratic minister faced calls to resign from two opposition parties, the Liberal Party and the Save Romania Union. His party's chairman, Liviu Dragnea, issued an official apology to the Jewish community and said the Holocaust was "a tragedy that should never be repeated."

Dragnea also explained that Daea had not meant to be offensive, but urged him to avoid expressions "which can deeply offend."

The Israeli Embassy in Romania expressed its "dismay and consternation at the affirmations of the Minister of Agriculture."

"We hope, though, that such an association was made by Minister Daea due to the lack of detailed information on what was the Holocaust and Auschwitz, without the intention of dishonoring the memory of millions of victims," the embassy statement read.

The death of 6 million Jews in the Holocaust "should never be forgotten, trivialized or minimalized," the Israeli Embassy added.

Over 1 million Jews were killed in the Auschwitz-Birkenau concentration camp from 1940 to 1945. Located in present-day Poland, Auschwitz is today a symbol of the genocide of European Jews perpetrated by Nazi Germany.

Two Hungarian tourists have been handed suspended jail terms after they were caught trying to pinch bricks from the Nazi death camp at Auschwitz. The pair said they wanted to bring home a "souvenir," according to police. (16.07.2018)

US President Joe Biden signs series of orders, including rejoining Paris climate accord 3h ago

German Chancellery: 'Very, very good sign' that Biden will rejoin WHO 3h ago

Opinion: Joe Biden is the right US president for the moment 3h ago