Mihail Zaslavsky is the only known survivor among tens of thousands of Ukrainian Jews who were executed or burned alive following a bomb attack on October 22, 1941. The 93-year-old told DW how he escaped the Nazis. 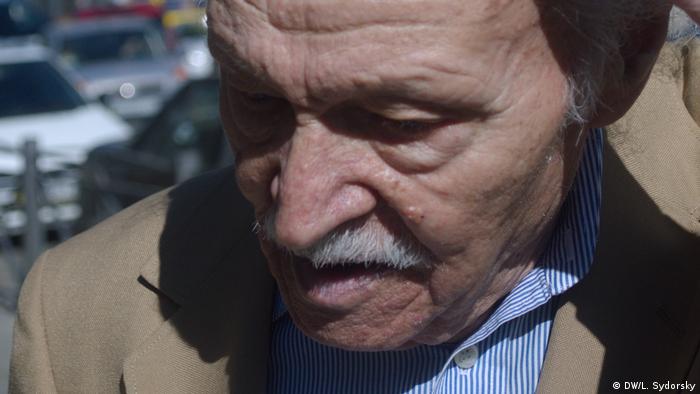 Mihail Zaslavsky was 16 when his hometown Odessa, the metropolis on the Black Sea, was occupied by Romanian and German troops in October 1941. On October 22, a bomb attack on the Nazi headquarters killed 67 of the occupiers. Retaliation followed: For each German or Romanian dead officer, it was ordered that 200 "Bolsheviks" should be killed, and 100 for each dead soldier.

However, there were no more "Bolsheviks" in Odessa. Actually, hardly any men were to be found there at all. The Nazis therefore turned onto the Jewish population, predominantly women and children. They were sent to former ammunition warehouses on the outskirts of the city, where they were shot or burned alive.

Mikhail Zaslavsky, the sole survivor of the 1941 Odessa massacre, shared his memories with DW.

DW: How did you experience the events from October 1941?

Mihail Zaslavsky: I was born in Odessa and love my city. That's why I was involved in defending Odessa in August and September 1941, like all teenage boys. We set up barricades by digging cobblestones out of the street, we cleaned up destroyed houses so they would not collapse and we helped out injured people.

October 16 was a black day. The occupying forces reached our city. I am Jewish. My father, my mother and all my ancestors were Jews, as well.

On October 19, 1941, a fascist Romanian officer came to our house with two soldiers and a Ukrainian interpreter. We were told, "Jews, pack your things! You have 20 minutes." My mother grabbed what she could. When we came out, the neighbors from our house were standing at the gate.

I looked around. There were neighbors from the surrounding houses in front of every gate: the boys with whom I played football and grew up with, people I saw every day, neighbors who were friends or enemies. All these people had one question written on their faces: "Why?"

And what happened next?

We were brought to the school number 121. That was a new school with four stories. We were detained there until the morning. The next day, escorted by barking dogs and the blows of rifle butts, we were led to the prison on the old Portofrankskaya street. On both sides of the streets, there were friends, schoolmates and their parents who couldn't help us and watched in shock. But there were also rascals who came and grabbed our bags away from us. 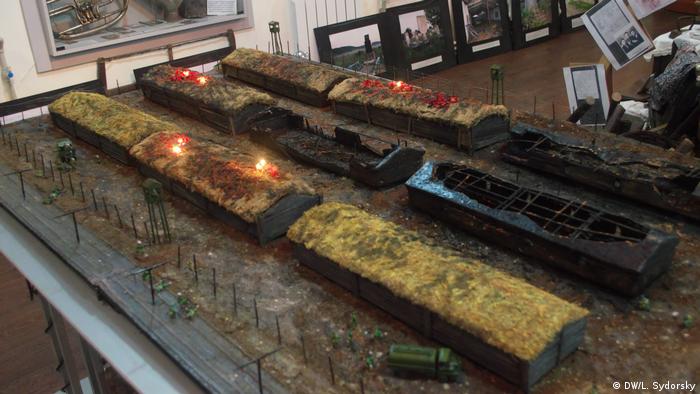 We were locked in jail, with 16 people in a cell that was conceived for one or two people, in arbitrary groups, without any consideration of the children, women or elderly people. We weren't allowed to use restrooms. We all had to — pardon me — empty ourselves right there. I was a 16-year-old boy, and there were young women, young children. I found it terribly unpleasant. We picked a corner, put up a piece of canvas and used an old pot … but I don't want to go into more details.

On October 22 at 4 p.m. the commanders' building [of the occupying forces] was blown up. About a hundred fascists were killed, as we later found out. Among them was city commander Ioan Glogojanu. Of course they blamed the Jews. The next morning we were sent to the artillery warehouse.

Did you already know about the explosion?

Yes, someone had told us.

I was carrying my five-year-old brother, and we had barely reached the bunker when they yanked him away from me. I was given a terrible blow in the back. I could not tell if it was from a foot, a rifle butt or a baton, but in any case I was sent to the side, where men, including elders and teenagers, were standing. We were brought to the last building at the back. My mother and my siblings — I was the oldest of five — landed in another barrack. 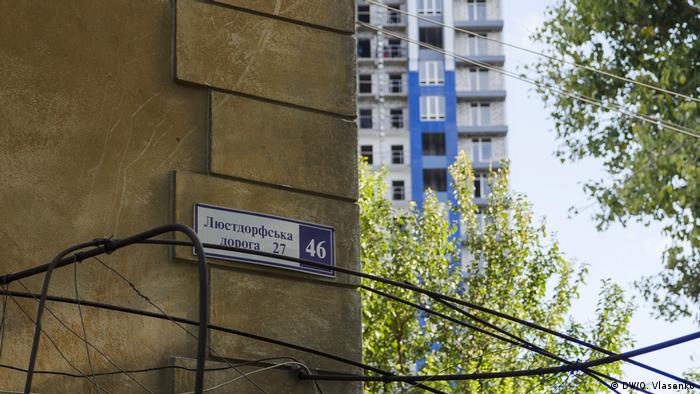 The tragedy happened at this location, on Lustdorf street

After some time I heard a motor. A car was coming. Everything was showered with gasoline or another fuel and set on fire. After some time, when everything was burning, I noticed that the fire had burned a hole on one side of the building. I rushed through it.

As I said, I was young and athletic, and I was fighting for my life. I came out and there was a barrier, but it wasn't a barrier like in concentration camps, it didn't have barbed wire. So I found my way through the fence and ran. I immediately heard machine guns shooting in the background.

I heard screams. I heard bodies falling. I heard footsteps. I turned around and saw that the other warehouse was burning, and that the flames were raging into the sky. I reached a corn field that had already been harvested, so I snaked my way through it until I reached an area covered with trees. I fell there, breathless.

I rested there until the evening. Then in the evening I went through back areas and alleys of Odessa — I knew the city very well —until I reached the Polish cemetery. I climbed over its wall and spent the night there.

Right in the cemetery?

In the cemetery, in a tomb. I stayed all day in the tomb without food or water and I went into the city the next night …

What I went through during the occupation the following two and a half years is not a story I can tell you in two minutes. I went underground, I used a fake identity. I had papers from the Romanian police with my photo and even my fingerprints.

Who did you lose in the flames of the artillery warehouse?

My sister Eva, 12 years old, and another sister, Shenja, who was 9, my young brother Ilja, who I had carried there. My mother had baby Anna in her arms. They were all burned to death. They became ashes. It is said that the smell of the burned bodies was in the air for several days.

Did you go back to the place where it all happened?

Yes, I did. The memorial, however, was only recently set up by us, the association of former concentration camp inmates. But I went back there every year. 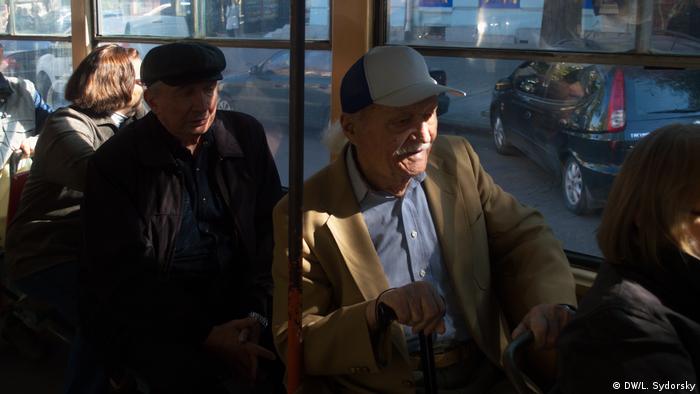 Zaslavsky, 93, still takes the tramway to visit the location where his family died

Now there are houses, garages and vegetable gardens there. How do you feel about this?

It's normal, life prevails. The important thing is that this never happens again. Rememberance is more important than memorials.

You went to the front as soon as you could. Seeking revenge?

At the beginning there was anger and outrage, yes. Let's say that I was a deserving soldier. But you can't spend your entire life hating. Time eases the pain, and other worries take over. I have two children, three grandchildren and four great-grandchildren. I have told them this family tragedy, but they feel far away from it all.

German and Romanian officials are attending a memorial service for the 30,000 people, mostly Ukrainian Jews, murdered on October 22-23, 1941. The massacre has been a long overlooked page of WWII history — until now. (11.10.2018)

My picture of the week | Forgotten victims of Babyn Yar