German troops murdered more than 30,000 Jews near Kyiv in Ukraine in 1941. Eight elderly men suspected of assisting those units have yet to face any charges in court, according to German public broadcaster ARD. 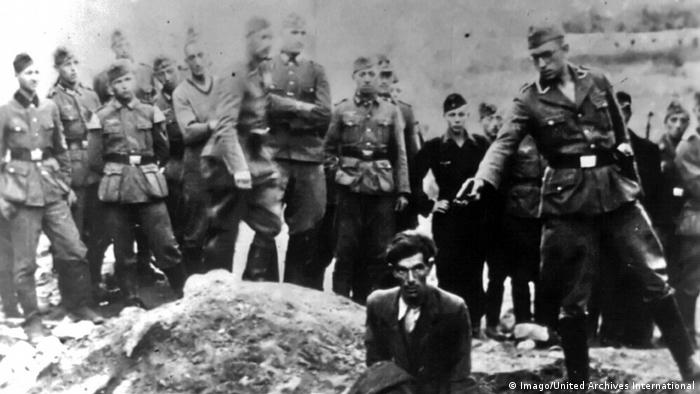 German prosecutors have not brought formal charges against eight men identified as members of the Nazi "Einsatzgruppe C" death squad despite opening preliminary inquiries over three years ago, according to an investigation by German state television broadcaster ARD.

Einsatzgruppen were mobile army unitsresponsible for killing people deemed racial or political enemies of the Nazi regime in Eastern Europe and the Soviet Union. Between 1941 and 1945, they killed an estimated 600,000 people behind the German front lines.

Prosecutors at the Central Office of the State Justice Administration for the Investigation of National Socialist Crimes in Baden-Württemberg opened their investigation into the eight suspects after receiving names of people who were on SS roster lists from the Simon Wiesenthal Center in Jerusalem in late 2014.

Reporters for the ARD's Politikmagazin Kontraste program, which airs on Thursday, say the office has yet to start formal proceedings against any of the men.

"This is really appalling," the head of the Simon Wiesenthal Center in Jerusalem, Efraim Zuroff, told Kontraste. "What are they waiting for? Until they die? Until they are sick and cannot be put before a court?"

Joschka Fischer, a member of a foundation for the Babi Yar Holocaust Memorial Center in Kyiv and former German foreign minister, told the program he did not understand why the Central Office was taking so long. "It is the duty of the prosecuting authorities to take action [in cases] of murder or even mass murder," he said. 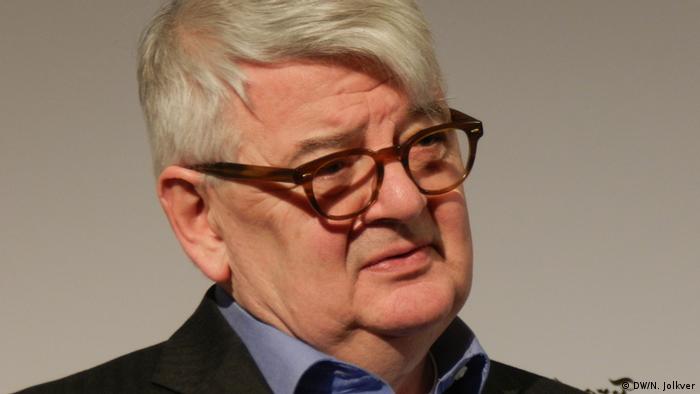 The head of the Central Office, Jens Rommel, told the Associated Press news agency that his team did not have enough resources to focus on those cases and that the existing evidence was too thin to recommend charges.

"We need to at least confirm which time period someone was in a unit and which crimes committed by the unit they were part of," he said.

He also told Kontraste that the suspects' membership of the Einsatzgruppe did not prove that they murdered anyone.

But University of Cologne law professor Cornelius Nestler rejected that claim, telling the program that the men could be tried under German law for abetting murder. "We can assume that anyone who was in the Einsatzgruppen assisted murder given that that [assisting murder] was their job."

Zuroff agreed, telling AP: "everyone who assisted in any way shape or form was responsible." Even if "busy fixing cars, those cars took people to the sites to mass murder Jews," he said.

Kontraste reporters were able to track down two of the eight suspects whose names appear on the one of the roster lists linked to Einsatzgruppe C. Both Kurt G. and Herbert W. - now in their 90s - admitted to being part of the unit that shot nearly 34,000 people, the vast majority of them Jews, at Babi Yar near Kyiv in between September 29 and 30,1941.

Kurt G. told his interviewers that he repaired trucks behind the front line and was not responsible for carrying out any of the shootings.

He also said he was "surprised" when he heard at the end of the war that the Nazi regime had killed around 6 million Jews. "It's simply unbelievable that something like that happened," he said.

Herbert W. told interviewers "I also have nothing to hide and from me you won't hear anything," when asked about his actions during the war.

Both men had already been identified as members of Einsatzgruppe C in 1965, but the state criminal office in Hesse that established their membership did not press formal charges.

German prosecutors have stepped up efforts in recent years to try and sentence people whose work for the Nazi regime did not directly result in any deaths. In a high-profile case, Oskar Gröning, the so-called "bookkeeper of Auschwitz," was sentenced to four years in prison in 2015 after being found guilty of 300,000 counts of accessory to murder.

Authorities have however found it difficult to sentence many suspects due to their old age.

The entire Kontraste program will be broadcast on Thursday at 21.45 UTC on ARD. 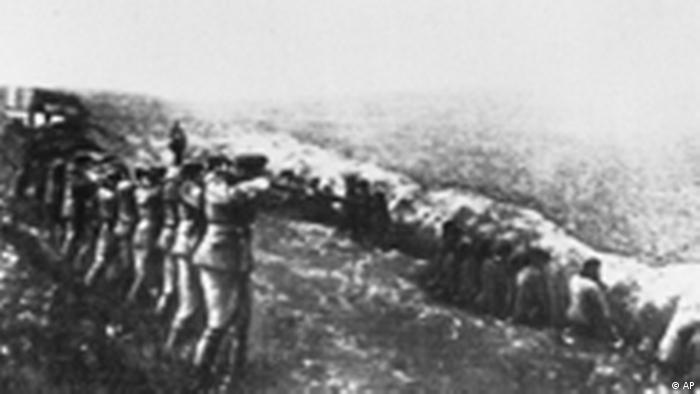 Einsatzgruppe C was responsible for taking part in the killing of more than 30,000 civilians at Babi Yar northeast of Kiev, Ukraine in September 1941.