Kefalonia massacre: Revisiting a Nazi war crime in Greece | Europe | News and current affairs from around the continent | DW | 22.09.2018

In September 1943, German Wehrmacht troops slaughtered some 5,200 Italian soldiers on the Greek isle. The massacre was a turning point in Greece and Italy's relationship, but the bloody event was downplayed for years. 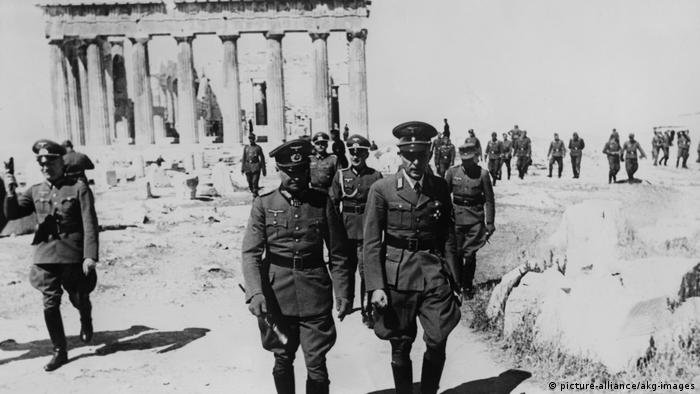 The Greek island of Kefalonia in the Ionian Sea is considered a vacation paradise by many, including Germans. Dream beaches and turquoise water attract tens of thousands of tourists each year. The architecture is a reminder that Kefalonia belonged to Venice from the 13th to the late 18th century. To this day, the island is a mix of Italian and Greek influences. But the island's two cultures are also connected by trauma.

Far away from the holiday beaches, on a hill in the capital, Argostoli, is a memorial to one of the bloodiest episodes in the island's history. In 1943, following the breakup between Hitler's Germany and Mussolini's fascist Italy, allied Axis powers in WWII, the German Wehrmacht massacred about 5,200 soldiers from the Italian "Acqui" division. The Kefalonia massacre is considered one of the Wehrmacht's greatest war crimes in southern Europe.

Clotilde Perrotta is the president of Mediterraneo, a Greek-Italian cultural association in Kefalonia. "At first we were mainly interested in exhibitions and concerts," says the Italian, who is from the island. The association consciously wanted to cultivate Cephalonia's bicultural identity. But then it began to focus on history, in particular on the massacre of September 1943. "Since then, we have set up a small museum," Perrotta reports. "And in 2003 we even had a conference with guests and scientists from Greece, Italy and Germany." 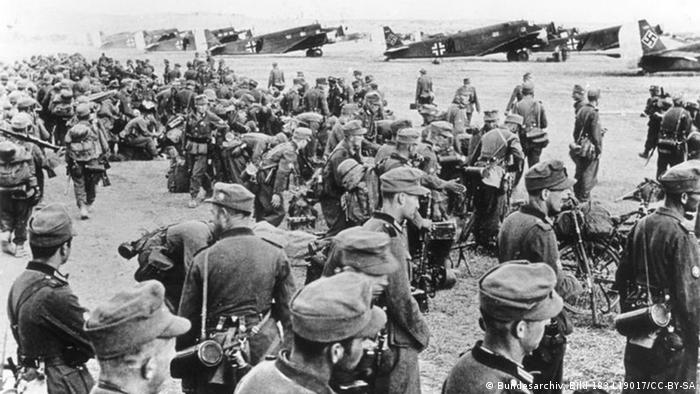 Nazi troops carried out a brutal occupation on the Greek mainland as well as on the island of Kefalonia. Above, Wehrmacht troops prepare to invade Crete.

After the occupation of Greece in 1941, first by fascist Italy and later by the German Wehrmacht, Kefalonia and the other Ionian islands came under Italian military administration. When the news spread on September 8, 1943, that Italy had surrendered to the Allies, the alliance between Hitler and Mussolini fractured. German troops, some of which were already stationed in Kefalonia, were sent reinforcements and began to take control of the island. Italian commander Antonio Gandin, an ardent admirer of Adolf Hitler, saw in this an opportunity not to capitulate but to join the German troops.

Gandin let his troops vote on the idea. However, the result was a decision to fight against the Germans. This led to heavy battles with the Wehrmacht. A total of 1,300 Italian soldiers were killed, in comparison to only some 40 German soldiers. Starting September 21, the Wehrmacht began shooting Italians who had already surrendered — without trials and without mercy. By September 24, about 5,200 Italian army soldiers had been executed in this way. 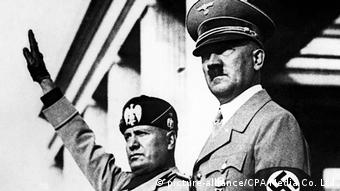 Italy's fascist leader, Benito Mussolini (L), was an ally of Hitler during WWII until the Mediterranean nation capitulated to the Allies in 1943

For Kefalonia's Greek inhabitants, daily wartime life on their island changed after Italy's capitulation and the resulting massacre. The years of Italian occupation had been relatively peaceful. The suffering of people on the Greek mainland, who were starved or slaughtered by the Wehrmacht in the hundreds of thousands, was not well known here. This changed with the German invasion.

German translator Doris Wille has lived in Kefalonia for almost 30 years. For many years, the massacre has accompanied her in her work and in her contact with people, though she learned about it by chance: "I had been living here for a few years before I heard about the massacre for the first time by chance at the end of the 1990s. I translated a travel guide about the island and saw that the Italian version contained a chapter about the massacre that was simply missing in the German version. When I asked the (Greek) author about it, she said that you couldn't expect German tourists to be able to deal with it. That's why she left it out." 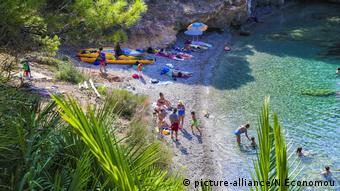 Kefalonia is a holiday destination for many Germans, but for a long time the massacre was not part of the tourist literature

A lot has changed since then. In particular, the film Captain Corelli's Mandolin, which deals with the period of occupation and the massacre, made the years of occupation known to a wider audience. There were many old people among the extras who had experienced this period personally, some of whom had been part of the resistance.

Time welded Greeks and Italians together, Willie says, describing the friendships that developed, some of which continue to this day. "I know a contemporary witness who is still visited by the children of a survivor," reports Wille.

But, Wille believes, one thing is neglected when focusing on the massacre: "What is often forgotten about when it comes to the horrific magnitude of this war crime is that there was also a lot of suffering among the Greek population. In the12 months of German occupation that followed the massacre, villages were torched and people executed." In recent years, there has been an increase in publications on the subject, Wille emphasizes. But Germany still has a lot of catching up to do in terms of understanding the years of occupation in Greece.

In 1943 the German military doctor Hans Löber was sent to serve on the Greek island of Milos. He ended up helping the Greek inhabitants and saving lives, before his came to a tragic end. Now his story has hit the stage. (11.11.2017)

A Greek politician has made a scene at World War II memorial, confronting the German ambassador over his country's Nazi past. The move was met with a mixed reaction by the crowd on hand for the annual ceremony. (11.06.2017)

Inside Europe: Holocaust Museum in Thessaloniki