The ′good German doctor′ who saved Greek lives during WWII occupation | Germany | News and in-depth reporting from Berlin and beyond | DW | 11.11.2017

In 1943 the German military doctor Hans Löber was sent to serve on the Greek island of Milos. He ended up helping the Greek inhabitants and saving lives, before his came to a tragic end. Now his story has hit the stage. 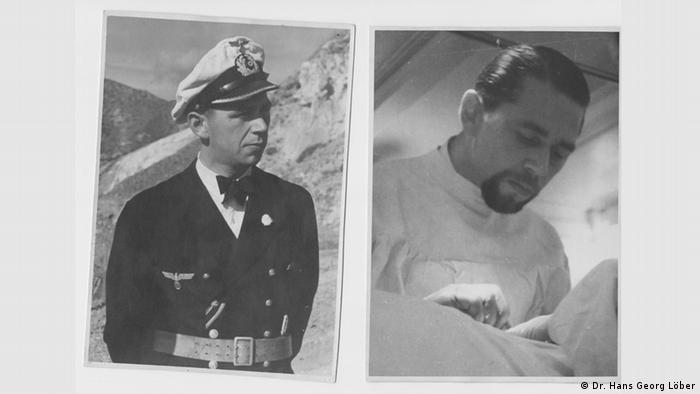 Kostas Barbantonakis does not remember much about the Axis occupation of Greece. He only knows that a German military doctor called Hans Löber (above left) saved his life.

Kostas's mother told him the story as follows: Kostas, a captain's son, was three years old when he was diagnosed with gangrene. Local doctors were planning to amputate his leg, even though the child likely would not have survived the surgical procedure on the isolated Greek island of Milos in 1944 during the middle of World War II.

Hans Löber, a German Navy physician, apparently asked about Kostas's health after overhearing the child's mother crying. He then began treating the boy — with astonishing success.

"I had to undergo a serious operation and at some point I was even given antibiotics that were actually not available in occupied Greece," Barbantonakis told DW. The young Kostas regained his strength a few weeks after the operation. 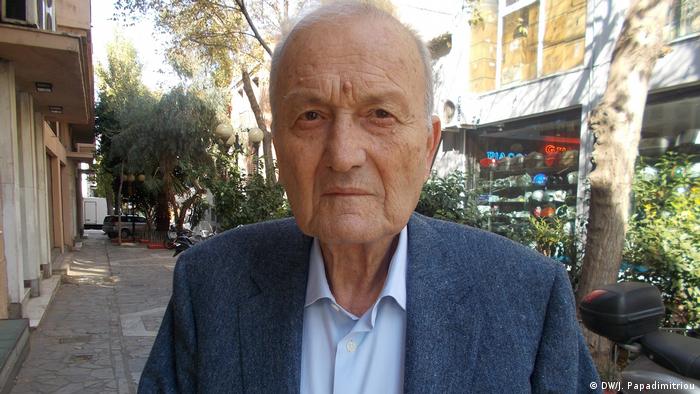 In 1943 and 1944, Hans Löber successfully performed surgery on over 200 Greeks in Milos. This work was probably not included on his list of military duties, and surely not desired. Ultimately, he was a compassionate doctor who was serving in the German occupying forces. Kostas's mother could not even thank the man who saved her son's life because she feared it would endanger the life of her husband, a member of the Greek resistance on Milos.

"The good doctor from Germany" had been warmly welcomed by the island's inhabitants. In several letters to his family, Löber described the beautiful scenery and the friendly people on Milos. Yet in the midst of wartime turmoil, his life came to a tragic end: In December 1944 Hans Löber was shot to death by a Greek commando reportedly based on the neighboring island of Kimolos. 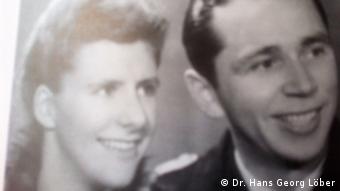 Dr. Hans Löber's wife Helga was widowed when he was shot in 1944

Löber's story remained unknown for many years. But it seems the time is now ripe to revisit wartime memories and analyze the emotions of the time.

Three years ago, Hans Löber's family granted permission for his private letters to be published, which they were, in both Greek and German. They moved many people and inspired the theatrical drama "HANS," which premiered in Athens on November 10. The fictional play based on the true story brought together German and Greek artists: Jürgen Himmelsbach wrote the German script, which was then translated into Greek by Elena Pallantza. The Cologne-based, Greek-born artistic director Elissavet Hasse directed the production. 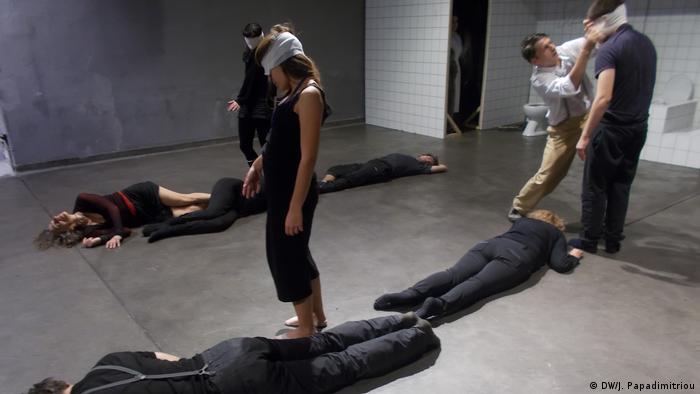 The gray, unadorned stage, typical of Athenian theater productions, provides the perfect setting for the universal story. The play is more than a biographical account, playwright Himmelsbach explained. Director Hasse added that, "We portray the doctor as we would imagine him today."

"He wants to continue learning, experimenting and finding new approaches; he is a man who takes his profession very seriously," Hasse continued. However, this does not mean that he is primarily driven by his ambition.

Martin Bretschneider, the actor in the title role, views the compassionate doctor as someone performing a balancing act — something he finds particularly fascinating from an actor's perspective. "He is trying to do the right thing but works within a system that is criminal," Bretschneider said.

Playwright Himmelsbach implies that the physician was self-conflicted. Otherwise, the character in the play would merely have been an "evil robot that just follows orders," he said, explaining that a one-dimensional character could not have enabled the personal and moral conflicts that arose out of National Socialism's complex system to be grappled with. 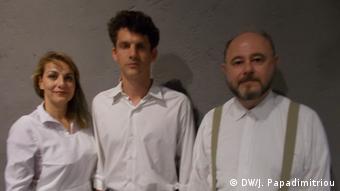 Livaniou, Bretschneider and Jannis Nikolaou are Greek and German members of the production

However, the question of whether the play's protagonist is a hero or an anti-hero remains unanswered. Himmelsbach says that audience members should be allowed to form their own opinions. The Greek actress who plays one of the lead parts, Evtyxia Livaniou, has already answered the question for herself: "Each of us can be a hero if we fight our own fears. Everyday life offers ample opportunity."

The theater ensemble in Athens is made up of three actors and nine dancers. The first rehearsals took place in Cologne, Germany. Livaniou sees this as an inspiring, multicultural project. "I don't speak German, but after a few weeks I had a much better understanding of the rhythm of the words, the pauses in speech and the feelings associated with the language," the actress said.

Her German colleague Bretschneider took extra Greek lessons for the leading role in "HANS." Director Hasse speaks both languages, and sometimes English as needed to clarify any questions that arise. She hopes that "HANS" will soon be performed in Berlin. But for the time being, the production team hopes to inspire Greek audiences.