Dance helped Eva Fahidi survive the Holocaust at the age 18. Now, decades later, the Hungarian activist keeps urging remembrance in an unconventional way. She performs in Austria on the anniversary of Kristallnacht. 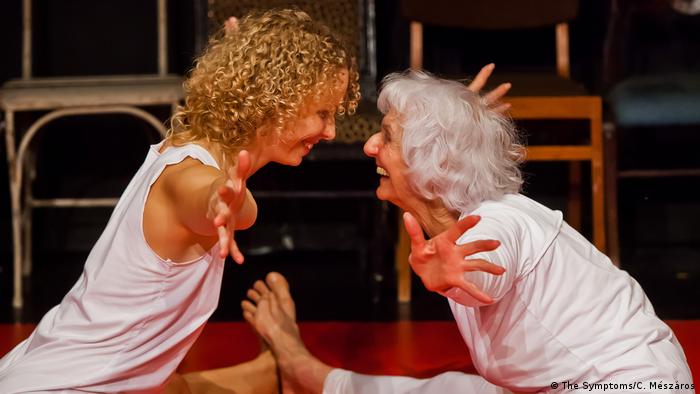 A slender lady with lovely grey eyes spins and whirls across the stage. Eva Fahidi dances joyfully and with abandon, like a young girl.

Between dance sets, she and her dance partner Emese Cuhorka, who is 60 years younger than Fahidi, discuss washing machines and swap love stories.

Then Fahidi walks to the edge of the stage and begins to speak about the  Auschwitz concentration camp.

Fahidi, who sees herself as a Holocaust activist, particularly wants to reach the young generation with her dance performance. Worried about the right-wing populists' increasing influence in Germany and other European countries, Fahidi wants them to know what happened back then.

Her dance performance "Sea Lavender or The Euphoria of Being" celebrates its Austrian premiere on November 9, the day of commemoration of Nazi brutality on Kristallnacht, 1938's Night of Broken Glass.

Fahidi says she has always loved to dance. "All my life, I knew it was a way I could express myself best of all," she told DW in impeccable German.

Fahidi was born in 1925 in the eastern Hungarian town of Debrecen. In her 2003 memoir, "The Soul of Things," she remembers a sheltered childhood, her large Jewish family and her adventures on her grandfather's farm. 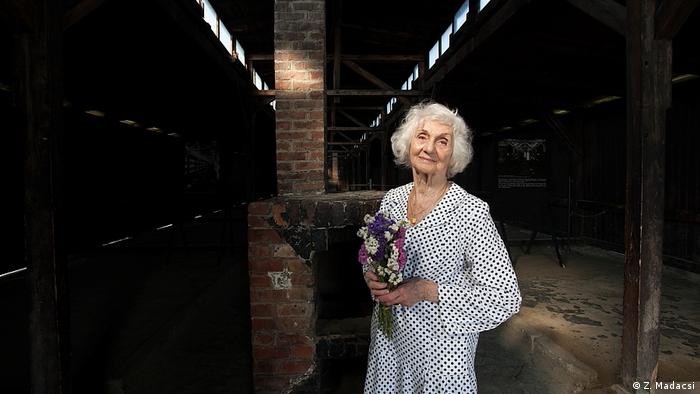 A recent visit to the Auschwitz Memorial and Museum

The German occupation of Hungary in the spring of 1944 sealed the family's fate. Just like many other Hungarian Jews, Fahidi's parents had believed they would be spared the Nazis racial fanaticism, so they did not emigrate. "I played the piano, went to the gym and exercised as if I lived on a safe island and not in one of Europe's last remaining peaceful enclaves that was just on the brink of being sucked into the same hell as the rest of Europe."

The family was deported to Auschwitz in June 1944. Fahidi, 18 years old at the time, was one of 1,000 young Hungarian women who were transferred to the Allendorf forced labor camp in Germany to work in a munitions factory.

Despite the hard physical work, the young women often got together to dance in the camp, and were even allowed to build a stage where they performed Shakespeare's play, "Anthony and Cleopatra." Fahidi is convinced that dancing and her friendships helped her survive.

The importance of speaking about Auschwitz

Fahidi was the only one of her family to survive the Holocaust. When she returned to Hungary after the war, she learned that 49 relatives were killed in Auschwitz. "Suddenly, I realized that I was completely alone, and had no one else in this world," she said.

In Hungary's new Communist society, there was no room to remember the Holocaust. For 60 years, Fahidi remained silent.

A visit to Auschwitz after the fall of Communism in Eastern Europe showed her that she could remain silent no longer. After publishing her autobiography, she began to travel across Europe to tell people about her life. 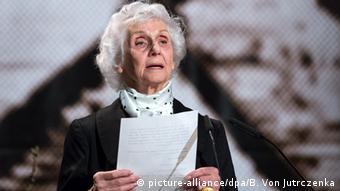 2015: A memorable speech in the German Bundestag,

In 2015, on the occasion of the 70th anniversary of the liberation of Auschwitz, Fahidi held a moving speech to German lawmakers in the Bundestag.

The 92-year-old Hungarian has become world-famous with her dance performance "Sea Lavender or The Euphoria of Being." The plan was to perform just once, on her 90th birthday. She dedicated it to her grandson, who wasn't much interested in reading books.

That performance was sold out in no time – and ever since, Fahidi and Cuhorka are on stage three times a month at Budapest's Vigszinhaz Theater. They have staged their dance performance 54 times all over Europe, including several shows in Germany, with the goal of reaching 100 performances. 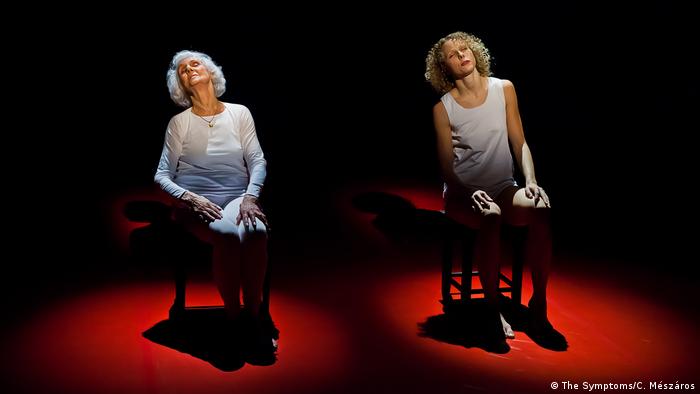 Asked what she hopes to achieve with the dance performance, Fahidi said she worries about the future, and would like to encourage the younger generation to stand up for a free, peaceful Europe. "I believe in youths," she said. "My generation made so many mistakes – the young generation should learn a lesson from our mistakes and experience."

Fahidi of all people is well aware that what seems to be a given is fragile, and that nothing, not even peace in Europe, should be taken for granted.

What is the significance of the sea lavender in the title of her performance? It reminds her of her childhood on her grandfather's farm, she said, adding that sea lavender is a hardy plant with delicate mauve flowers that even grow in salt marshes. The description is fitting for the nonagenarian, too, a woman who survived hell, and picked herself up to dance once again.