German police have launched an investigation into the theft of a dozen Holocaust victim memorial stones in Berlin. A local politician said he suspects members of the far-right are behind the "Stolpersteine" theft. 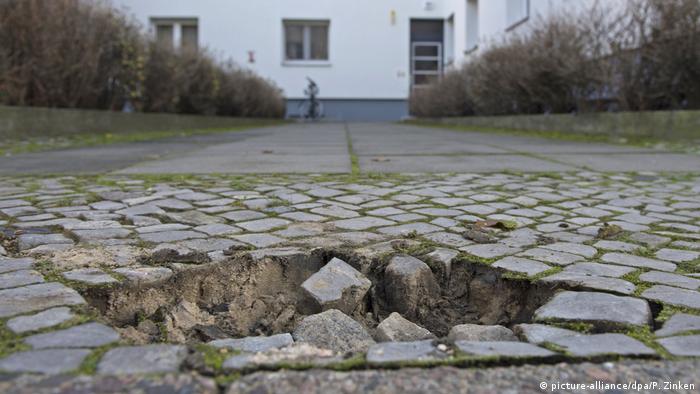 The gold-colored, cobblestone-sized monuments, called "Stolpersteine" or "stumbling stones," are embedded in sidewalks across Germany and in other countries to pay tribute to Nazi victims.

At least 12 of the stones were dug up and snatched on Monday in the Berlin neighborhood of Neukölln. Residents noted that several streets had been affected.

"It's upsetting and it hurts," Günter Demnig, the Cologne artist who started the project, said on Tuesday.

Police said it wasn't clear who was behind the thefts, but the case has been handed over to Berlin's police force that investigates politically-motivated crimes.

Berlin's local Stolpersteine project coordinators wrote on Twitter that the stones will be "replaced as quickly as possible."

In another Tweet, the project coordinators thanked donors for their "overwhelming response and numerous donations" since the theft was announced.

Politician points finger at the far-right

A local politician said members of the far-right were likely behind the crime, possibly linking it to the approaching anniversary of the 1938 Kristallnacht pogrom which saw Jewish property looted and dozens of Jews killed in Germany and Austria.

"If someone makes the effort to remove them, systematically picking out each stone, then they have political motives," said a spokesman for Berlin politician Fritz Felgentreu. He noted that there was a strong far-right presence in Neukölln.

Around 600 stones have been stolen from a total of 63,000 laid across Europe since the project was started in 1996, said Stolpersteine artist Demnig.

The stones, which are placed at the last known address of Holocaust victims, are inscribed with the name, birthdate and fate of the person.

Nazi Germany murdered 6 million Jews during the Holocaust, along with homosexuals, Sinti and Roma, the disabled, political opponents and others.