German-speaking Italy and the legacy of fascism | Europe | News and current affairs from around the continent | DW | 05.05.2017

German-speaking Italy and the legacy of fascism

South Tyrol has been part of Italy for a century, but the tensions left by Mussolini's dictatorship still coexist with the idyllic landscape. Can a row over fascist names threaten the region's hard-won multiculturalism? 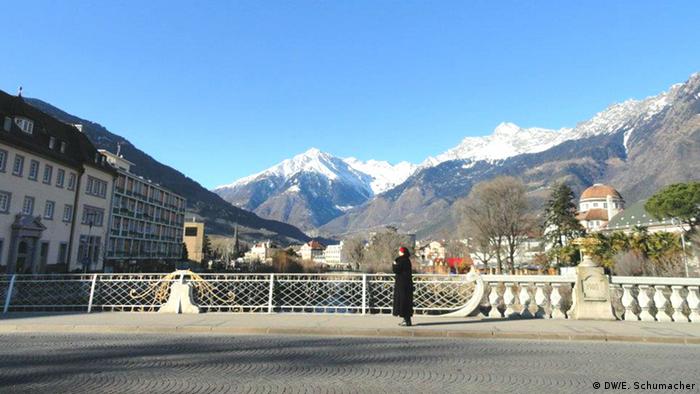 "What is going on? Aren't we still in Italy?" I once heard a man ask confusedly, speaking to no one in particular, as the train announcer listed the names of the upcoming villages only in German. Indeed, many Italians, and even more people abroad, are often shocked to discover that there is a province in the north of the country where German is the mother tongue of most inhabitants, and every town, river, hill and street has a different name in both languages.

More shocking still is that South Tyrol, an idyllic stretch of land in the heart of the Alps, could be a site where the wounds of fascism can still be seen seven decades after the death of Benito Mussolini.

Part of Austria for centuries, South Tyrol and neighboring Trentino became part of Italy as part of the spoils of World War I, making German and Ladin (a Romance language spoken by several thousand people) speakers Italian citizens overnight without their consent.

"In the 1920s, Mussolini deputized the ardent fascist Ettore Tolomei to 'Italianize' South Tyrol," said Arno Kompatscher, the provincial governor, in an interview with DW. 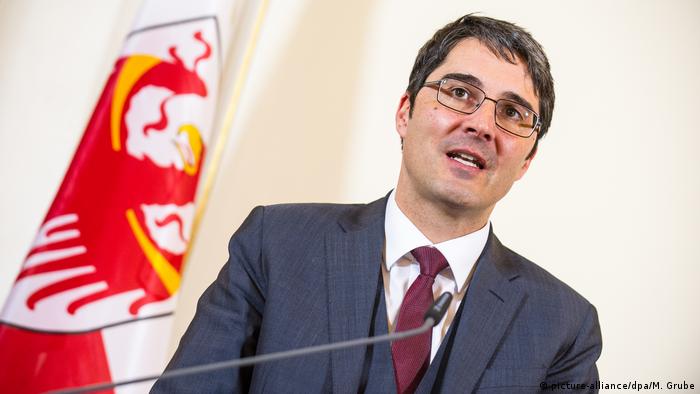 "Every place was given an Italian name … using German in public places was forbidden, secret 'catacomb' schools were set up because the German-speaking schools had been banned and some people were even forced to change their names to Italian ones. German speakers wouldn't be hired for most jobs."

World War II was followed by decades of continued discrimination and sporadic acts of nationalist terrorism which cost 21 lives overall.  And though the immediate problems seemingly ended in 1972, when a second comprehensive autonomy agreement gave South Tyrol powers of self-rule far greater than anywhere else in Italy, tensions still linger in the form of fascist-inspired monuments and some of Tolomei's invented names.

Now, the South Tyrolean Freedom (STF) party wants to make sure these relics of Mussolini's dictatorship are also reduced to dust.

"Autonomy is not enough … We have some rights, yes … but there are still many problems, for example, some of these invented fascist place names that have no basis in history, are not spoken by anyone including Italians, and were used by Tolomei to repress South Tyrolean identity," STF spokesman Cristian Kollmann told DW.

Kollmann made it clear, however, that widely used names, like Bolzano for the capital - called Bozen in German - have been in use now by three generations of Italian South Tyroleans and should not be done away with.

Governor Kompatscher agrees that there's no problem in getting rid of some Italian names that have never been widely used, and said he would welcome the decision of the independent commission set up to adjudicate on the matter.

But there is also the problem of fascism's continued legacy in the form of various monuments, such as the Victory Gate in Bozen/Bolzano, commissioned by Mussolini himself, which still stands at an important intersection in the capital. According to Kollman, these monuments "disturb peaceful coexistence … you wouldn't see any monuments commissioned by Hitler still standing in Germany. And now it's being renovated with our tax money."

"The Italian politicians aren't ready to separate themselves from fascism. South Tyrol must be the most fascist-friendly province in Italy … they distance themselves from the ideology, sure, but not the symbols."

'We want to decide for ourselves'

Kompatscher defended the decision to keep the monument. "We have erected explanatory plaques and provided as much context as possible on site. We have to learn from history, not pretend it didn't happen."

But even in the unlikely event that the monuments eventually get torn down, the STF has long looked, as Kollmann put it, "beyond autonomy" to a referendum on either remaining in Italy, rejoining Austria after 100 years of separation, or becoming an independent country, despite the economic freedoms of autonomy that have made South Tyrol one of the 10 most productive regions in Europe.

"We were never asked. We just want to be able to decide for ourselves," Kollmann said.

Outside of these divisions, where "you're never going to make everyone happy," as one South Tyrolean put it to DW, the region can on the one hand be seen as proof that two cultures can live side by side in a manner so harmonious it borders on saccharine.

On the other hand, it must be admitted that while so many South Tyroleans can switch between languages with ease and ethnic resentment is completely absent from everyday life, the region is by no means a melting pot. 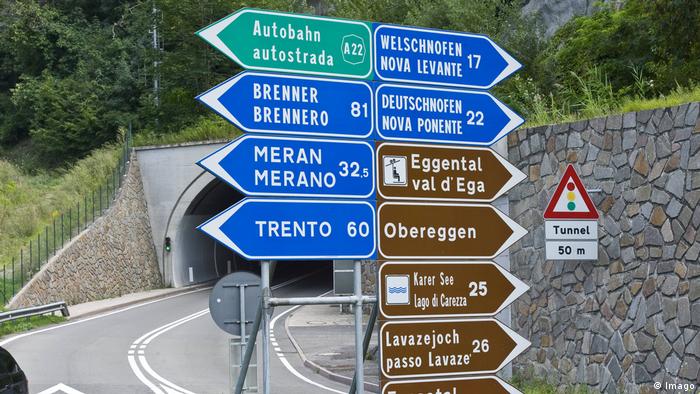 That doesn't mean, the political activist said, that there is any point in forcing the two groups together. "I don't believe in dual-language schools, and I wouldn't have sent my children to any. You need to respect both cultures, separately. Otherwise you're talking about assimilation and that smacks of what happened under fascism."

Eugenio also downplayed the significance of the row about the "Tolomei names."

"Every five years, my entire life, as elections come around, suddenly both Italian and German politicians want to get rid of the other language's names as a means to stir up votes," he said.

As Governor Kompatscher explained, "we're still getting over decades of mistrust. Give the different groups time - we'll get there."

A visitor may be forgiven, however, for not even noticing the lingering resentments. South Tyrol deserves, in many respects, to be recognized as an example of how well multiculturalism can function when political and popular will wish it so.