Belarus: An unknown story of the Holocaust brings forgotten camp ′back into Europe′s conscience′ | Europe | News and current affairs from around the continent | DW | 29.06.2018

A memorial has opened at one of the largest Nazi concentration camps within the former Soviet Union. German President Steinmeier has described the tribute to the forgotten victims as "invaluable." 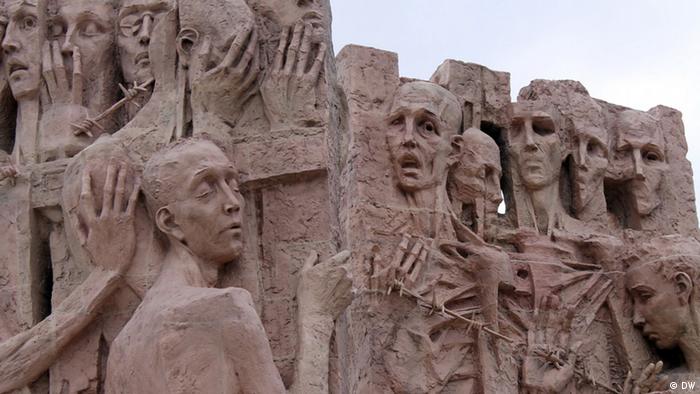 Almost forgotten by history, the Nazi concentration camp Maly Trostenets became the largest Nazi concentration camp in the territories of the former Soviet Union. Between spring 1942 and summer 1944, between 60,000 and 200,000 people were murdered at the camp, according to different estimates. Jews from Western Europe were the largest group among the victims, with an estimated 22,000 German Jews among them, according to the Dortmund-based International Education and Exchange Center (IBB).

But the camp, located only 10 kilometers (6 miles) from Minsk, was virtually unknown on both sides of the Iron Curtain during the Soviet era. Until 2002 there was not even a commemorative plaque acknowledging the mass murder that took at the place at the site during World War II. German President Frank-Walter Steinmeier attended the opening of a memorial for the victims of the Maly Trostenets concentration camp, also known as Maly Troscianiec. Calling it a "long over due step," the German president – the first ever to visit Belarus – said the memorial must serve as a way to bring Maly Trostenets "back into Europe's conscience."

It was the first time a German President has ever traveled to Belarus. The presidents of Austria and Belarus were also in attendance.

The forgotten victims east of Auschwitz

"Soviet culture of remembrance has deliberately excluded the subject of the Holocaust," Belarusian historian Aleksandr Dolgovsky told DW. In the Soviet narrative victims of the Trostenets camp have been incorrectly referred to as "Soviet civilians, partisans, resistance fighters." 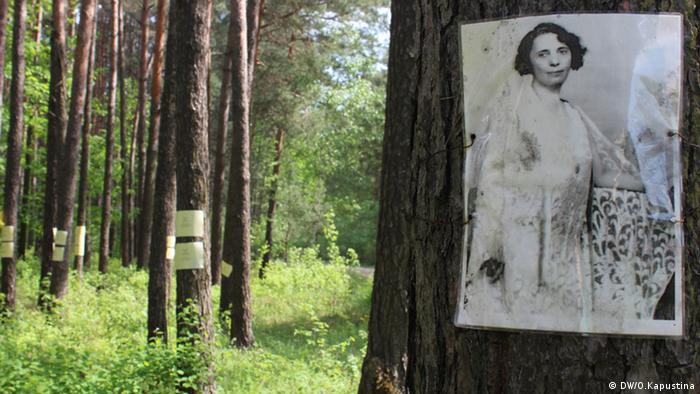 Work began on the Trostenets memorial in 2010. The central feature of the memorial, a triangular monument named the "Gate of Remembrance," was inaugurated in 2015. From the gate, the path which victims walked to their deaths is marked. A second memorial at the killing field has since opened. Both memorial sites still have features that are not yet complete.

Since work began on the memorials, two independent groups – one of historians and another of architects – joined forces to combine their resources so that today there is a single memorial, historian Galina Levina told Belarusian website tut.by. A decision was made to build the memorial from more basic materials rather than the more opulent marble that was not available during the war, said Levina.

The IBB offices in Dortmund and Minsk played a central role in the inception and funding of the memorial. Financial donations were also made by the German Foreign Office, the German War Graves Commission and by the German municipalities from where Jews were deported to Trostenets during the Holocaust.

"It is important that the post-Soviet commemoration be continued," said Dolgovsky. For him this commemoration does not simply mean marking another sad moment in history to close a gap in the public discourse World War II of the Soviet era. For historians, there is more at stake. 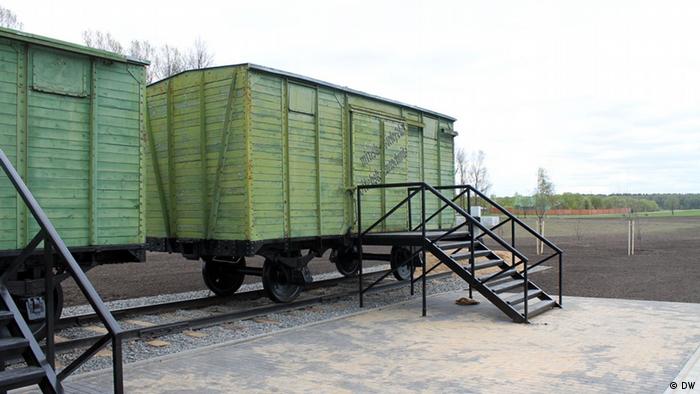 These train cars carried the victims to Maly Trostenets

"Gaps in information in our historical research are a challenge for our culture of commemoration. Are we able to free ourselves from national barriers that only enable us to commemorate our own victims?" Dolgowsky said. "We need to remember this death camp together along with the Germans, Israelis, Austrians, Swiss, Americans and those in other countries where descendants of the deported Jews now live."

Dolgovsky is calling for a "transnational" culture of remembrance with the hope that the memorial site at Maly Trostenets will serve as an example of this historical recognition that knows no borders.

'Let the Nazis get less sleep'

"Why do you still search for Nazis?" people ask. So the Nazis will be robbed of sleep, says Rabbi Marvin Hier, dean and founder of the Simon Wiesenthal Center in Los Angeles. (19.04.2018)

The largest Jewish building project in Germany since the Holocaust, Berlin's Jewish Campus is set to break ground on Sunday. The site will accommodate some 500 children and is designed to instill hope. (09.06.2018)