AfD politicians hope to use the group to combat the far-right party's xenophobic image ahead of key elections. The message is that all are welcome — so long as you agree to "an end to illegal mass immigration." 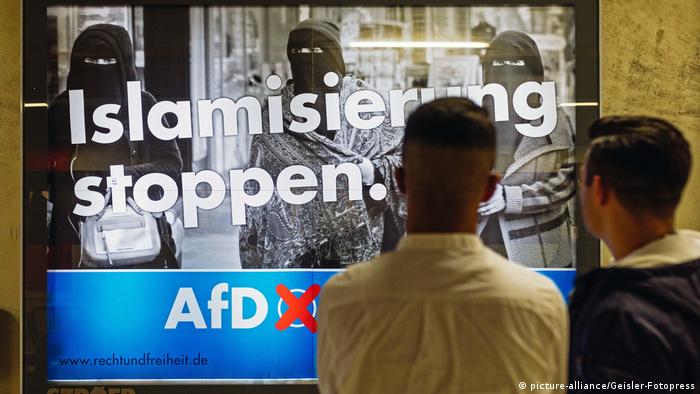 A small group of Alternative for Germany (AfD) politicians and party members have come together to rally up support for the far-right party from a seemingly unlikely demographic — migrants and those with immigrant backgrounds.

"Die Neudeutschen" or "The New Germans" group was formed over the weekend by AfD politicians who all have immigrant roots, and was presented at a press conference in Berlin on Monday.

For Anton Friesen, an AfD lawmaker from the eastern state of Thuringia, the formation of the group was "overdue."

"Since the AfD was founded, many German citizens with immigrant backgrounds have voted for us," Friesen told DW. "Now there is finally an association that gives these people names and faces," he added. 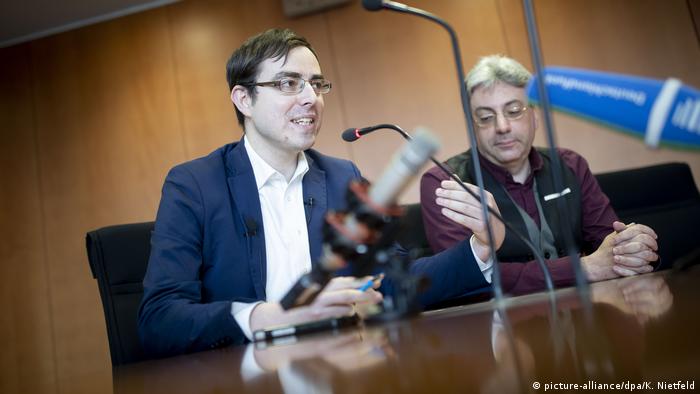 Friesen, who helped initiate the new AfD association, was born in Kazakhstan and moved to Germany with his parents when he was nine years old.

His fellow group spokesman is Alexander Tassis, the son of a Greek migrant worker who is an AfD state lawmaker in Bremen. He is also heads the "Alternative Homosexuals" — an AfD-aligned group for LGBT members.

Currently, the group has 20 members who are German citizens with Polish, Iranian and Colombian roots, as well as ethnic Russian-Germans and Romanian-Germans, Friesen said.

With European Parliament elections coming up in May, as well as several key state parliament elections in eastern German states in the fall, "The New Germans" hopes to win over potential voters by holding events on German-Polish relations and what Friesen describes as "the new, imported anti-Semitism."

Numerous political parties and rights groups in Germany have criticized the AfD for the xenophobic remarks of the party's leaders, who have repeatedly depicted refugees and asylum-seekers as dangerous and violent.

The party has also sparked controversy over campaign slogans such as "Burka? We like bikinis" and a poster depicting a white, pregnant woman with the words: "New Germans? We'll make them ourselves."

With the new group, Friesen hopes to "correct" what he views as an incorrect public image of the party. "The AfD isn't xenophobic," he said. Rather, the party is focused on people who are already in Germany.

This includes "patriotically-minded migrants" who advocate for "the protection of our western culture and our values," Friesen adds.

Manifesto calls for 'de-Islamization of Germany'

"The New Germans" may be targeted towards people with immigrant roots — but it doesn't compromise on the party's stances concerning immigration.

Members must agree to the group's manifesto, which advocates for "harsh action against all forms of anti-Semitism" but also calls for "a comprehensive de-Islamization of Germany," news agency DPA reported.

It also urges for an "end to illegal mass migration, which undermines the opportunities in life for socially worse off Germans."

Last October, a small number of Jewish people formed "Jews in the AfD" (JAfD), despite a number of scandals in which leading AfD politicians questioned Germany's culture of remembrance about the Holocaust.

While the members of JAfD contend that the part is not anti-Semitic, numerous Jewish organizations condemned the creation of the group. Other German politicians accused the party of using the Jewish group as a way to mask its anti-Semitism scandals.

German election: AfD Islamophobia could help get Muslims to vote

In its election campaign, the far-right Alternative for Germany plays on fears of Islam and Muslim criminality. Will that lead to a backlash at the polls? DW looks at the tricky political situation of German Muslims. (19.09.2017)