Who votes for Germany's far-right party AfD? Not who you'd think

A study has flipped the script on the well-worn story that mostly the poor, the uneducated, and the elderly vote for populists. Only one indicator matters: whether someone thinks immigration is bad for Germany. 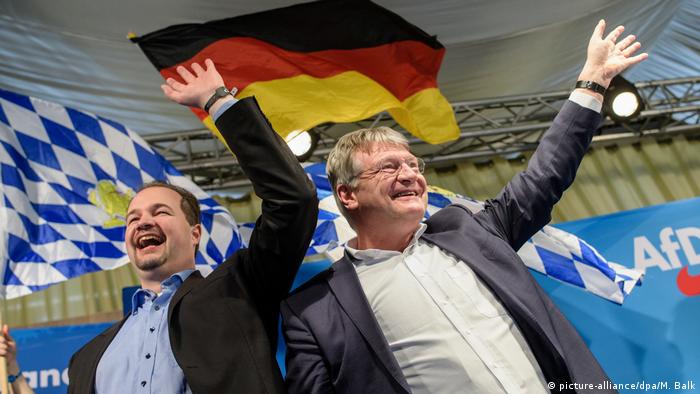 A study from the University of Marburg in western Germany found that the traditional narratives around far-right voters may be more based in stereotype than fact.

Sociologist Martin Schröder blasted the widely held idea of the low-income, poorly-educated Alternative for Germany (AfD) voter as not being representative of the truth. The fact is, wrote Schröder in the August 2018 study, that only one category truly unites the right wing: xenophobia.

"AfD supporters come from every level and part of society," Schröder wrote. The one thing they all have in common, however, is "they don't want refugees to migrate to Germany."

He added that it was "curious, none of the existing studies have calculated the influence of xenophobic attitudes, despite how it overshadows" every other factor.

After interviewing hundreds of nationalist AfD voters and extreme right-wing sympathizers, Schröder found that "participants with higher education have no significantly higher or lower chance than people with a lower level of education to prefer the AfD."

Using multivariate analysis, the sociologist claimed that there is also no direct connection between AfD support and employment status and income.

"Neither in the middle, nor the top and bottom of the income hierarchy can a particularly high number of AfD supporters be found."

No difference between privileged and deprived

Schröder also found the idea that the far-right consists of "the losers of modernity," i.e. older, less tech-savvy, rural-living Germans, etc., to have no basis in fact.

"The strongest… effect has shown itself to be attitudes towards refugees and foreigners."

According to the study, people who believe that Germany was made better by the presence of immigrants have an 80 percent lower chance of voting for the AfD than people who don't. Moreover, participants who were worried about immigration were 4.6 times as likely to support the far-right.

To further drive home the point, the report also looks at "deprived" people with xenophobic attitudes compared to "privileged" ones. Schröder discovered that a privileged person had a statistically insignificant 2.2 percent higher chance of sympathizing with the populists.

Therefore, the report concludes, "it is misguided to see the losers of society behind the AfD. The AfD sympathizers have worries about immigration, particularly refugees, and are mainly concerned that they will somehow culturally undermine Germany. Economic disadvantage is only a secondary factor with regard to AfD support."

Germany's domestic spy agency has been blocked from classifying Germany's far-right AfD party as a "test case." The party had complained the label was defamatory. (26.02.2019)