A small number of Jewish people are founding a group to support the far-right Alternative for Germany party. They say the reports of the AfD's anti-Semitism are overblown. 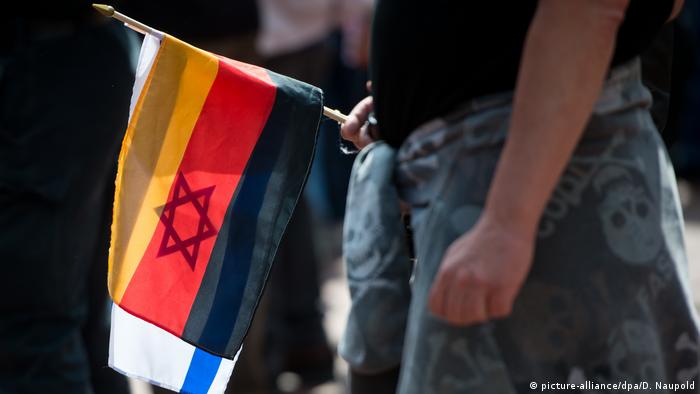 Politicians and Jewish organizations have condemned a new Jewish group affiliated with the far-right Alternative for Germany party (AfD).

The group, Juden in der AfD ("Jews in the AfD," or JAfD), launches on Sunday in the city of Wiesbaden, in spite of a number of scandals in which prominent AfD figures questioned Germany's remembrance culture about the Holocaust. In June, co-leader Alexander Gauland dismissed the Nazi era as a "speck of bird shit in over 1,000 years of successful German history."

The group's announcement drew baffled reactions from Jewish community leaders. "The AfD is and remains a party in which anti-Semites feel more than comfortable," Charlotte Knobloch, former chairwoman of the Central Council of Jews in Germany, told the Bild newspaper. That "Jewish people can justify their membership in such a party to themselves" is "completely baffling," she said. 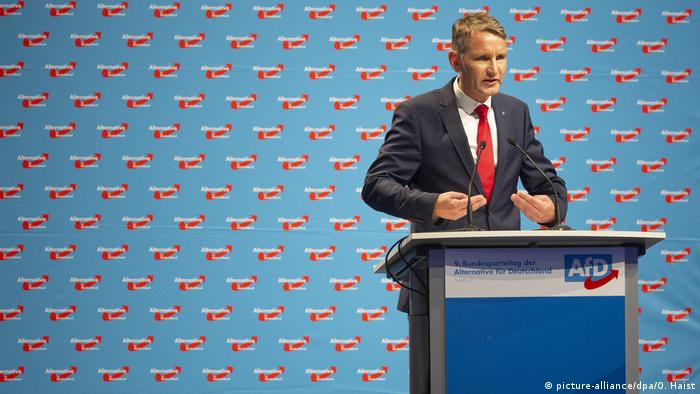 Read more: Why Berlin feels safer than the US for an American Jew

Prominent politicians have also spoken out against the group. "The AfD has never drawn a clear boundary for anti-Semitism in the last few years," Christian Lindner, head of the business-friendly Free Democrats (FDP), told DW. "To launch such a platform now can only have the character of a fig leaf. I would call on Jewish citizens not to fall for it."

The head of the AfD's Christian organization, Joachim Kuhs, is to speak at the JAfD's launch event, which about 20 "founding members" are expected to attend — though Kuhs downplayed the importance of the number.

"It doesn't matter how many people turn up," he told DW. "With the Christian group, we were around 20, and now we're more than 10 times as many. These are people who have the courage to start it, and they are getting quite a lot of flak, and we support them and welcome it that they are organizing that."

Responding to the comments by Knobloch and other Jewish leaders, Kuhs said: "I'm really shocked, honestly. That doesn't apply at all to what we are. The AfD is not an anti-Semitic party; we do not tolerate any anti-Semitism in the party. If that arises, if we notice it, then these people are thrown out." 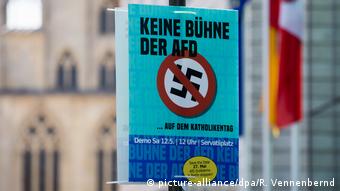 But that was belied by the party's reaction to past anti-Semitism scandals. In 2016, Wolfgang Gedeon, a lawmaker in the state of Baden-Württemberg, resigned from the AfD's parliamentary group — but was not excluded from the party — after writings emerged in which he described Judaism as the "inner" enemy of the Christian world, with Islam as the "exterior" enemy.

In its founding statement, which was sent to DW, the JAfD acknowledged the scandal, but said Gedeon's influence on the party had been "massively exaggerated." The statement also acknowledged that there may be "individual anti-Semites" in the party, but added that "the AfD's desire for Germany to become a self-confident country again does not contradict Jewish interests."

In 2017, the AfD's national leaders failed in their effort to expel the prominent Thuringia lawmaker Björn Höcke from the party after he called for "nothing other than a 180-degree reversal on the politics of remembrance," during a speech to the party's youth wing.

"We Germans, that is to say, our people, are the only people in the world who have planted a monument of shame in the heart of their capital," Höcke said, referring to Berlin's Memorial to the Murdered Jews of Europe.

"This is always quoted, but he didn't say that the memorial is a disgrace for Germany, but that what it memorializes is a disgrace," Kuhs said. "Of course it is ambivalent, what he said, but you can't then shorten and cut it out and claim that it is an anti-Semitic statement."

One founding member of the JAfD, who asked not to be named, also defended Höcke. "Even if we would have wanted a different form of expression, we believe the content of his statements are to be agreed with," he told DW.

In fact, despite the words of Gedeon, Höcke and Gauland, the group's founding statement pitches the AfD as a bulwark against the perceived anti-Semitism of "Muslim youths" in Germany. Kuhs claimed that anti-Semitism was rife in Arab countries. "It's normal for them," he said. "Why should they be different when they get here?"

Official police statistics, however, suggest that more than 90 percent of anti-Semitic incidents in Germany have far-right motives, though fears among Jewish communities across Europe appear to be on the rise.

Maram Stern, deputy CEO of the World Jewish Congress, told Bild that the AfD is "not a party like any other." She said the AfD openly used hate speech against minorities, and warned Jewish people against legitimizing the party by joining it.