The flight out of Egypt

Egypt is becoming a key transit country for refugees wanting to travel across the Mediterranean. Even more Egyptians seem to be leaving their country. Now the EU is planning a refugee agreement with Cairo. 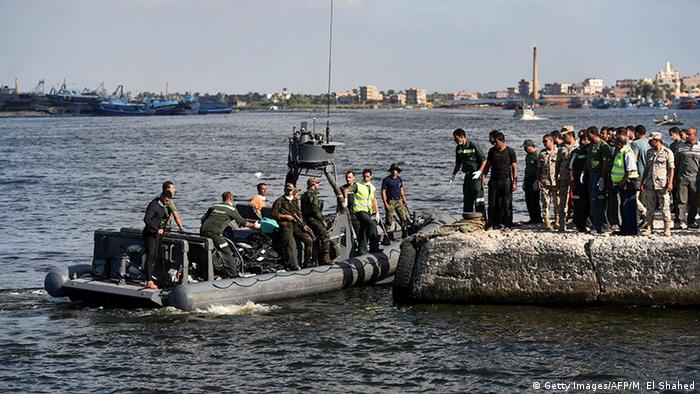 The boat had been lying at the bottom of the sea for three days before Egyptian president Abdel Fattah el-Sissi made a public statement. In the middle of last week over 200 people drowned after having been crammed in a boat that was only able to carry half of its 400 passengers. Smugglers in different Egyptian ports kept putting refugees on the boat that sank only a few kilometers off the coast because there were too many passengers on it. The Egyptian military managed to save 163 people. However, the people in the inner part of the boat were sucked to the depths of the sea.

There is no excuse for such a tragedy, declared Sissi in an inauguration speech for a social housing project near the city of Alexandria. The new buildings will accommodate 1,600 families, mostly from the city's slums. Sissi told his compatriots that, "Egypt must not become a country of refugees."

The government will not abandon the population, he stated. He also admitted that Egyptians also want to escape the difficult situation in their country and flee to Europe. "Why are you leaving your country?" he asked. "Are there no job opportunities? Yes, there are." Yet he did not say where they were. Right now, the official unemployment rate is 13 percent. Youth unemployment has reached 40 percent. 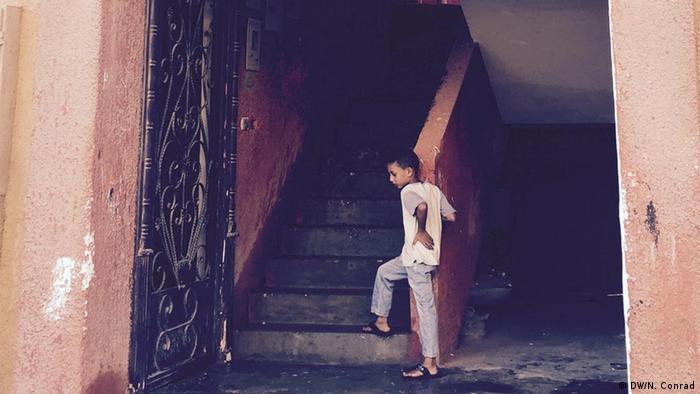 The route through Egypt: A Syrian boy in a shelter on the outskirts of Cairo

He had a very clear message for those who are entertaining thoughts of escape: The state will take tough action against anyone who leaves the country illegally. "You also need to know," he continued, "that we must work to change the reality in which we live."

Making changes for the better in the foreseeable future seems questionable - not only for economic but also political reasons. The pro-Muslim Brotherhood website "Middle East Monitor" raises serious allegations against the Sissi government. It claims that human rights violations have forced more and more Egyptians to flee. "Sissi's brutal suppression of freedom of expression, the increasingly noticeable phenomenon of 'vanished' people, torture and sexual abuse have led to the fact that Egypt is now among the first 10 countries whose citizens cross the Mediterranean for a better life."

Amnesty International has also accused Egypt of serious human rights violations. "Government critics, leading representatives of the opposition and political activists have been arrested and detained; some of them have been victims of intentional disappearances," it stated in its annual report for 2016.

Refugees from Africa and the Middle East

Sissi recently presented drastic figures in international talks. At the beginning of September in a meeting with members of the Italian senate, he claimed that his country is currently hosting around 5 million refugees from African and Arab countries. He assured the Italians that the migrants were receiving the same basic health care and education as Egyptian citizens, regardless of the country's economic situation. 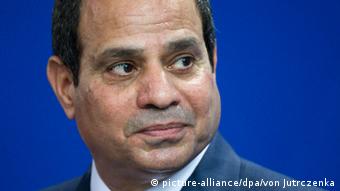 Sissi has been criticized for human rights abuses

The United Nations refugee agency (UNHCR), however, presents different figures. Last year, it registered 250,000 refugees in Egypt; currently there are probably around 187,000. Most of them - 117,000 - come from Syria.

The Egyptian Foundation for Refugee Rights paints a bleak picture of the situation for refugees. The political unrest in the country has contributed to the rise of xenophobia. Violence against refugees has increased and even the number of arbitrary arrests has grown.

At the same time, police are more and more unwilling to investigate crimes directed at refugees. "Access to justice remains a problem," writes the foundation on its website. Because they often have no documents, do not belong to any ethnic or religious minorities, do not speak the language and are economically vulnerable, refugees are especially susceptible to human rights violations. 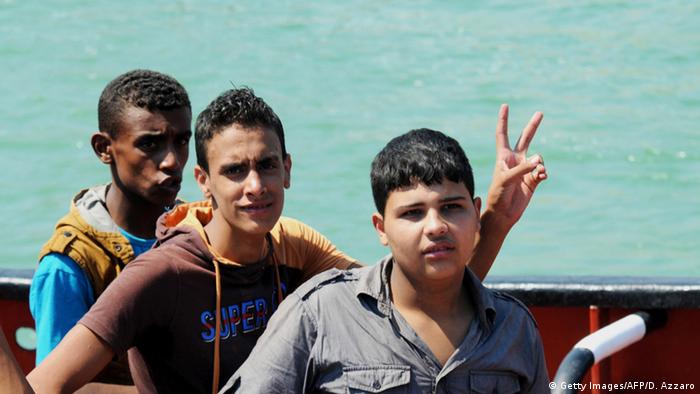 Perilous journey: More and more young refugees are traveling on the Mediterranean route

According to figures from the UNHCR for the first half of 2016, around 115,000 people were registered in Italy after having fled across the Mediterranean. This is about 1,000 people less than the previous year. However, the number of people who are setting out from Egypt is rising. According to the UNHCR, this group made up 5 percent of the refugees last year and this year, until now, 9 percent.

The European Union now aims to strike a deal with Egypt modeled on the Turkey-EU refugee agreement. European Parliament President Martin Schulz told the German daily. "Sueddeutsche Zeitung" that it must take into account the fact that more and more refugees from North Africa are attempting an escape across the Mediterranean. He said: "This is the route we must take."

The agreement also strives to eliminate the reasons for flight in the long term. "It must be our goal help stabilize states like Egypt or especially Tunisia - and Libya as well in a few years - and help them help themselves," stated Roderich Kiesewetter in an interview with DW. Kiesewetter, a member of Chancellor Angela Merkel's conservative Christian Democrats, serves as a member of the delegation in a working group on foreign affairs, defense policy and development cooperation. "This is done by offering dual training or establishing structured daily routines and offering minimal measures such as clean water or health care and good nutrition." Human rights must also be addressed. This was underscored by Schulz. He said that the cooperation must be "comprehensive."

The state news agency says 148 bodies have been pulled from the Mediterranean after Wednesday's migrant boat sinking. A search operation continues amid reports that more bodies may still be in the vessel's hold. (23.09.2016)