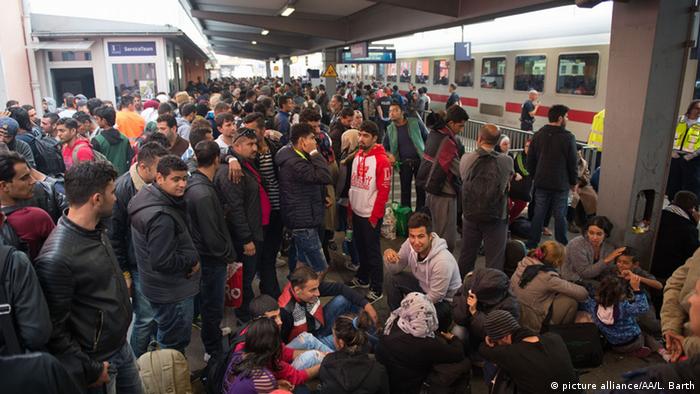 Speaking in Berlin on Friday, German Interior Minister Thomas de Maiziere said the initial figure of 1.1 million had been inflated by the fact that asylum seekers often registered in multiple places. Many had also moved on to other European countries or returned to their countries of origin, the Christian Democrat (CDU) added.

"Nevertheless, the number is very high," de Maiziere said, adding that, on the whole, Germany had coped well with the challenges of the refugee crisis.

"But we are all equally agreed that we cannot allow a repeat of the situation seen last fall," the interior minister said.

The so-called "EASY System," which was used to calculate the preliminary figures, has previously been criticized for failing to adequately record the number of migrants arriving in Germany.

As of September 21, German authorities had registered 210,000 new arrivals this year. The huge decrease on last year's figures showed that measures implemented to reduce the influx - including the agreement with Turkey - have been effective, de Maiziere said.

Under the deal, the EU is providing Ankara with up to 6 billion euros ($6.7 billion) to take back migrants in Greece who do not receive asylum in the bloc. Talks are also still ongoing regarding visa-free travel for Turkish citizens. 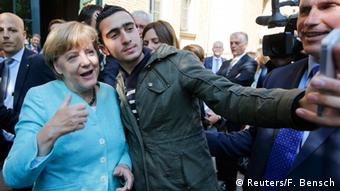 Germany and Austria decided at the beginning of September last year to open their borders to thousands of asylum seekers stranded in Hungary.

In the months that followed, German Chancellor Angela Merkel faced a backlash of criticism for her open-door refugee policy. After a year of in-party disputes between Merkel's CDU and their Bavarian sister party, the Christian Social Democrats (CSU), the two parties met on Thursday to try and smooth over tensions.

Both conservative parties have said they share a desire to limit refugees, but have yet to reach a compromise concerning a cap of 200,000, proposed by CSU leader Horst Seehofer.

Merkel repeatedly defended her "we can do this" mantra. However, following the heavy defeats suffered by her conservatives in regional elections earlier this month, the chancellor said she wished she could turn back the clock to better prepare Germany for last year's migrant influx.

As Europe continues to tackle the migrant crisis, the EU's Migration Commissioner Dimitris Avramopoulos called on Germany's 27 fellow member-states on Wednesday to "take up their responsibilities" towards refugees.

"The refugee crisis is not over, and this is why the progress of today must be sustained," Avramopoulos said in Brussels.

The EU last year forced through a plan to relocate refugees from frontline countries, including Italy, despite strong criticism from former communist nations, including Poland and Hungary.

The Visegrad group, comprised of Hungary, Poland, the Czech Republic and Slovakia, refused to take in refugees after the measure was passed, prompting a political crisis in the bloc. Budapest is due to hold a referendum in October, however, on whether to accept the quotas.

A state attorney general has said he wants to seize records from the Federal Migration Office over the possible use of fake passports by refugees entering Germany. The issue has stirred tensions in Merkel's coalition. (17.09.2016)