Prisoners are routinely tortured and human rights often ignored in Egypt, a new report says. But that won't necessarily be enough to convince Berlin and Brussels from pursuing security and migrant deals with Cairo. 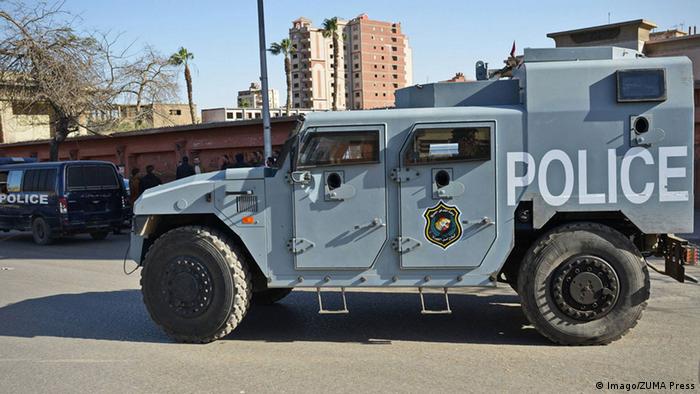 Human Rights Watch published an 80-page report on Wednesday detailing the torture of prisoners, many of them political, in Egypt's Scorpion Prison. It said inmates are confined in overcrowded cells without beds, not allowed to see their families and subjected to physical beatings and mental abuse. The report echoes a similar study published by Amnesty International in July. And independent journalists like Cairo-based Sofian Naceur confirm to DW that conditions in Egyptian jails are "catastrophic."

Roba Hesham, the daughter of detained journalist Hesham Gaafar, told DW her father was detained last October after calling for more democracy in Egypt, though the official charges against him were for membership in the outlawed Muslim Brotherhood. Roba denied the allegations against her father. 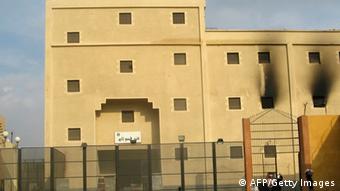 Hesham was kept in solitary confinement for months and visits limited to five minutes, Roba said. "He didn't even have a bed," she said, adding that her father is only spared torture because he is a well-known journalist. "If no one knows you, you suffer."

Despite the reports by rights groups detailing abuses in Egypt, the German and Egyptian interior ministries have been negotiating a security cooperation agreement since 2014. German Chancellor Angela Merkel has also recently floated the idea of a deal between the EU and Egypt, along the lines of the pact reached by the bloc and Turkey, to stem the number of refugees trying to enter Europe.

The German government defended its efforts by citing humanitarian concerns and political realism.

"We're well advised not just to conclude deals with countries that share all of our values - otherwise we'd only sign agreements with Liechtenstein and maybe the United States," German Foreign Ministry spokesman Martin Schäfer told Deutsche Welle on Wednesday. "We have the opportunity to reach agreements with countries with which we share common interests but with which we also have political conflicts. That's definitely the case with the human rights situation in Egypt."

Schäfer added that one aim of the proposed pact was to combat human trafficking and that it is not ignoring the state of human rights in Egypt. The Egyptian government under President Abdul Fattah al-Sisi is thought to have killed more than 1,000 people and jailed some 40,000 since he seized power in 2013. 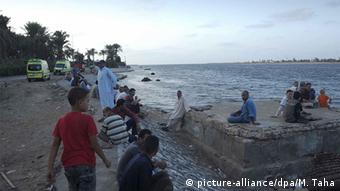 More and more migrants are leaving from Egypt

People have increasingly been trying to escape the Middle East through Egypt as word has spread that few migrants will reach Europe via Turkey after Brussels and Ankara reached a deal to keep refugees in Turkey in exchange for 6 billion euros in aid and eventual visa-free travel for Turks visiting the EU.

In response, Naceur said that since last year Egypt has stepped up patrols and arrests on its coastline. Nonetheless, he argued that an Egyptian pact with the EU on refugees would only worsen the situation by providing money to an ineffectual and corrupt government. He estimated that Egyptians would make up 30 percent of the 120,000 refugeestrying to reach the EU via Egypt this year.

"The economic crisis is getting worse, and the government has no plan to deal with it," he told DW. "So you can expect those numbers to rise dramatically. Those who will suffer from a refugee deal are Egyptian citizens who want to leave and have no hope or future perspectives because of poor government management."

He said European governments have essentially given al-Sisi a free hand on domestic Egyptian issues.

"Since 2014, the Egyptian president has been courted by the EU," Naceur said. "He has signed lots of political, security and economic agreements, and human rights abuses here have continued on every level. Torture is common, there's lots of corruption in the security apparatus, and researching journalists are denied entry into the country."

A pact on refugees with the EU has its roots in and would legitimize a controversial potential deal between Germany and Egypt on security issues. 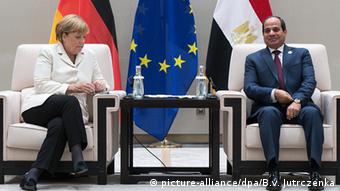 Support for the secret service

The two countries have been working on a security-cooperation agreement since 2014, and German Interior Minister Thomas de Maiziere has met with his Egyptian colleague Magdy Abdel Ghaffar multiple times this year. Maiziere has called Egypt an "indispensable ally in the fight against terrorism and illegal immigration."

It is unclear how close the two countries are to reaching an agreement - or whether one might already have been completed. In response to a query by DW on Wednesday, Interior Minister spokesman Johannes Dimroth said he would have to check the current state of the negotiations. He added that human rights concerns were always taken into consideration when negotiating deals.

Germany has 24 security agreements with various countries from Albania to Vietnam. The German government said it has never refused to conclude such an agreement with a country based on human rights concerns.

A possible German-Egyptian cooperation agreement could see Germany providing assistance to Egyptian police on terrorism, illegal emigration to Europe and security at mass events like football matches. But critics have said it would also link Germany with Egypt's repressive mechanisms of state.

"In Egypt's case, Germany is proposing to cooperate not just with the police but with the secret service apparatus," Naceur said. "That's extremely dubious because it's clear to everyone concerned that the service has blood on its hands. An agreement would bolster the government, and Germany would be investing money in a police apparatus that isn't willing to reform itself, a state within a state that no one would be able to monitor."

The political opposition in Germany has also heavily criticized the possibility of closer cooperation between the German and Egyptian interior ministries. Left Party deputy Andrej Hunko has equated it with "being an accessory to repression and strengthening state terror in Egypt."

In a more general statement to DW, Green party co-chair Cem Özdemir said "a Marshall Plan for Northern Africa" might help address then problems underlying the refugee crisis but that Germany had to be careful "not to let money drain away to authoritarian regimes."